Does it deserve your HDL or DTF money? 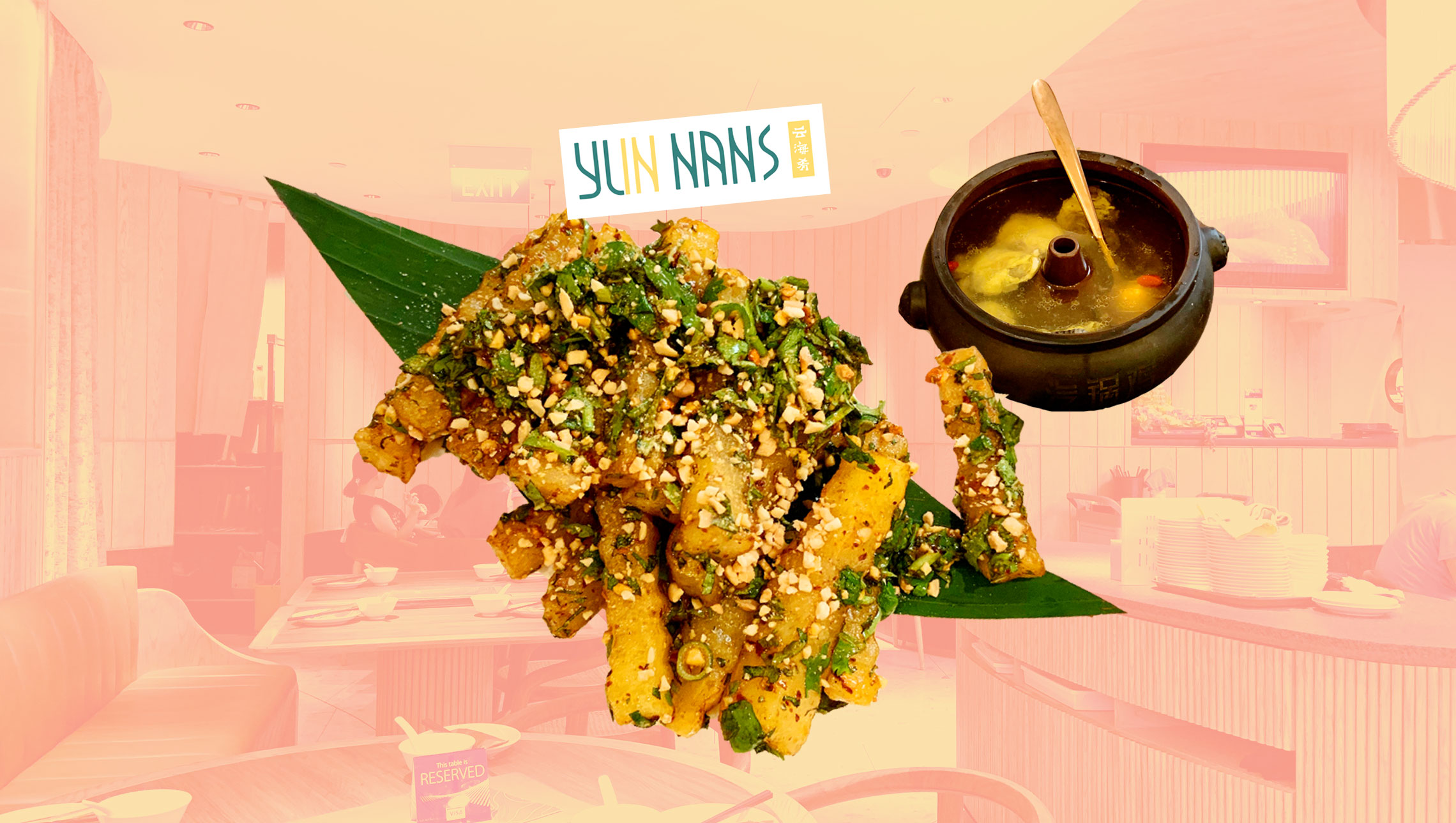 A journey into Yunnan cuisine! 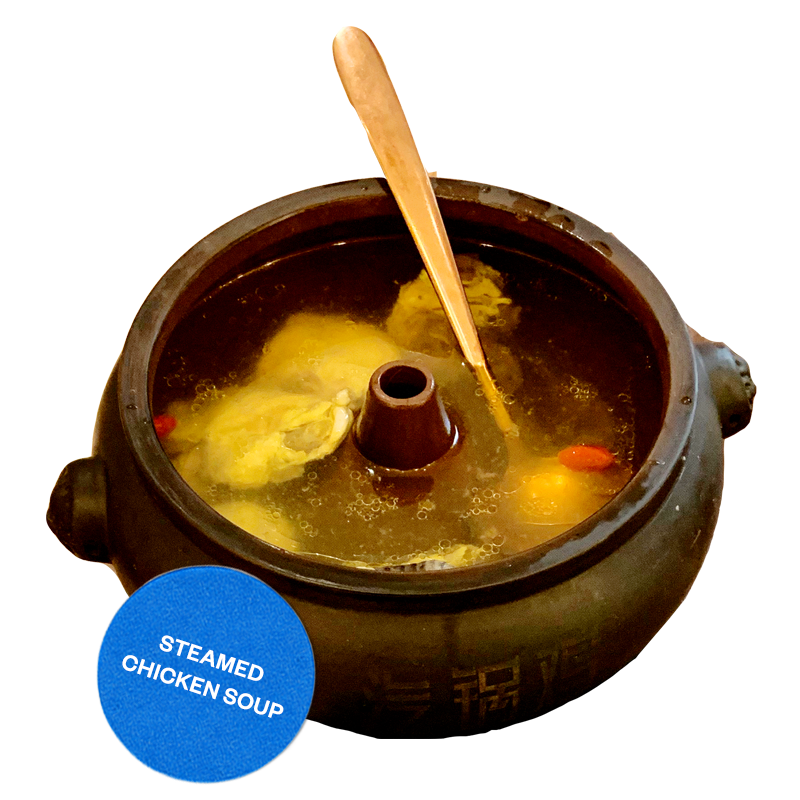 6 months on, and does Jewel at Changi Airport still spring to mind when thinking about dining options?

Probably not. Too far away, and it’s just not a very compelling place to visit after the hype has faded and the novelty has worn thin. Even the world’s tallest indoor waterfall –our grand metallic cat’s bottom with water pouring through and the “Oooh and Ahhhh” centrepiece of the retail complex – can now start to feel like an annoying experience: If you accidentally ride the escalator up near its perimeter, it’s a bit like entering a room with an open window in a rainstorm of chlorinated water… and you have to deal with the mist blowing in your face as if you were going forth to shut this imaginary window. Maybe the water also dirty. Yarks.

But apart from Burger & Lobster and Shake Shack, we’ve also heard positive things about Yunanns, yet another one of Jewel’s many hyped eating places. This one is sold as the Singaporean debut of the “Largest chain of Yunnan restaurants in the world”. So another trip down to Jewel was in order, to herald and trial a new F&B player in the Singapore mall game.

What were we to expect? And what is Yun Nan food, anyway? For that we had to turn to the power of Google to discover that Yun Nan is a large part of the southwesten region of China and adjacent to Chong Qing. Yun Nan is also bordered by Cambodia, Laos and Vietnam, which would confirm most Internet comments that the food is varied and heavily influenced not just by the cuisines of China, but those of Southeast Asia as well.

Which also leaves the general conclusion that Yun Nan food is hard to define. 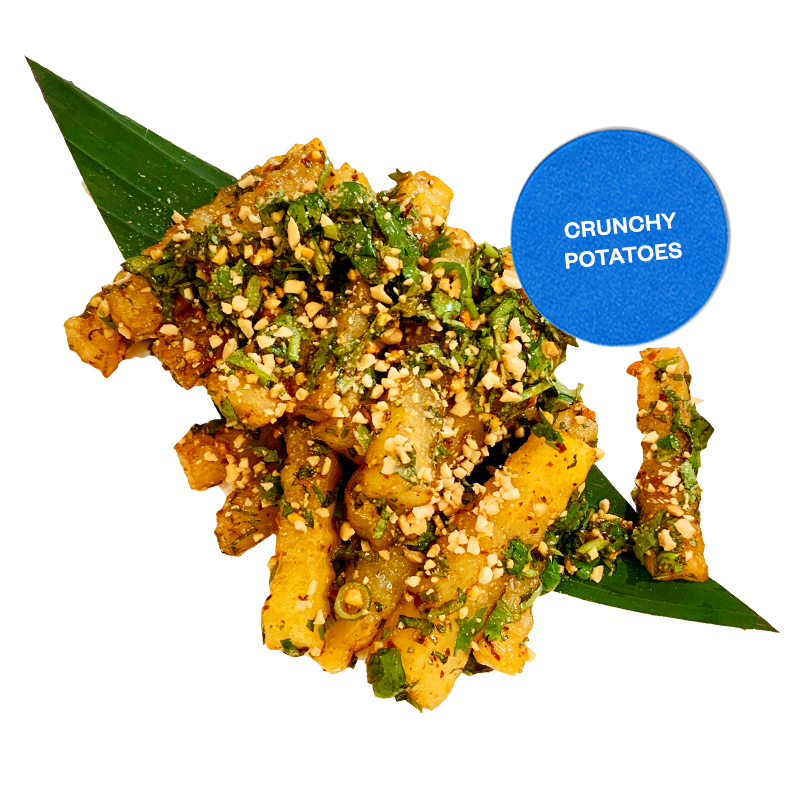 We were – come on, give us your greatest hits!

We visited the restaurant on a Thursday evening, and found it pleasantly buzzy, a contrast to the mostly half-filled restaurants around.

An on-trend interior greets you – swoopy lines, raw, open-pore timber, tone-on-tone colours, the mandatory indoor vegetation. But it could also have been a new hotel restaurant, or a contemporary take on a steakhouse – this indeterminate niceness has its own issues, but more on that later.

The menu had food that read promisingly of flavour, but more importantly would it also give us cultural context and educate us? Remember, this is the first outpost of a big chain from China.

We had an entirely pleasant meal; there was nothing to alarm… but nothing to jolt the senses either.

Some things were actually disappointing, like the Crunchy Potato. We know this dish and were looking forward to a par-cooked crunch – that was absent; we got less par-cooked, more over-cooked.

The chicken soup was nice, but shredding the meat and drizzling it with a Mala-esque sauce became distinctly less convincing once the soup was drunk and all that was left was a bowl of dry chicken meat. It just felt a bit casual.

But the biggest problem was that the meal just kept on being described as “nice” and “not bad”. The eggplant salad was nice. The grilled fish, nice. The fried porcini mushrooms? Those were nice too; rare to get a full plate of porcini mushrooms to munch on. The grilled pork trotters were fatty and the most sucker-punch of all the dishes. The porkiness and texture will be something you either like or have been sidestepping all your life. We enjoyed it, but we didn’t finish it. 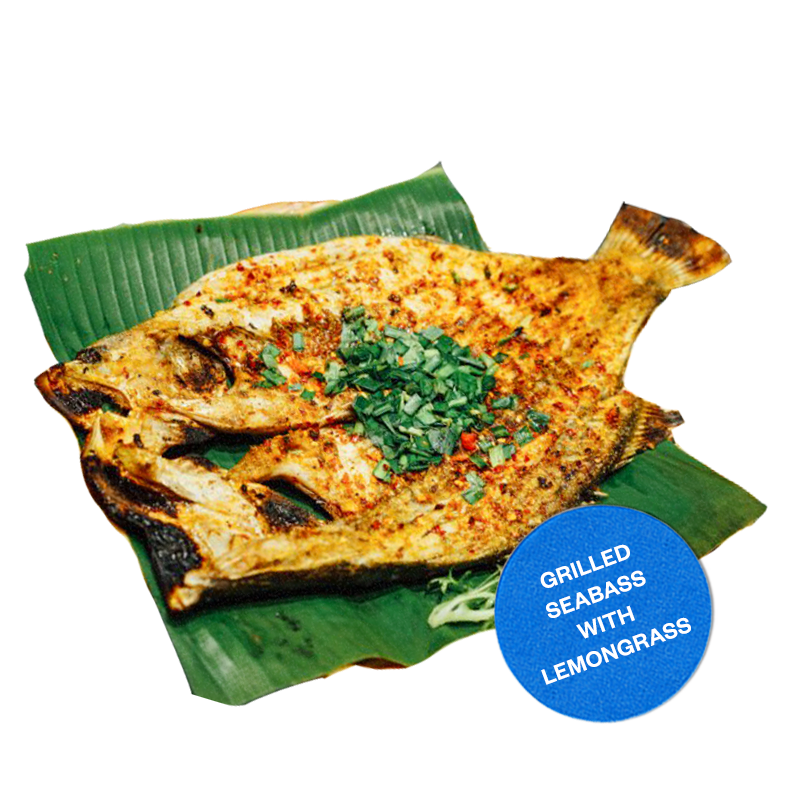 So where does this really leave us?

It left us with a nice meal but one with little recall. “Nice” is a word that damns with faint praise, but “nice” is the only adjective we could drum up with sincerity; we struggled to find another one.

Maybe the issue is that Yunnan cuisine is hard to define. No fault of the cuisine – but Yunnans (the restaurant) seems to not shout loud enough in a sea of choice.

To our minds, restaurants can live and die by the clarity of their definition, given the wide choice of dining options that we have available to us in malls: we want our steak houses hipster as hell, our burger joints bro-tastic, our sushi in Japanese-looking restaurants and our ang moh coffee in places noisy with acoustic covers and people having heart to heart conversations.

If you don’t explain yourself too clearly, you more or less die in the mass-market food scene here.

So is this worthy of you dipping into your monthly HDL and DTF budget? Those giants of Chinese dining define themselves well and their popularity is well-deserved. Is Yunnans able to emulate this? Does it have a market that knows its food by heart? But at the same time allow the uninitiated to venture in for a taste? Can it be one of those go-to places for when you and your friends can’t seem to decide where to go?

We’re not too sure.

Our issue is that Yunanns is neither here nor there. We like the experience – you could do a first date here, and the presentation of the food borders on fine dining, but we can’t be convinced that this is an authentic representation of the food. Especially not when you can find real China-Chinese alternatives in the nooks and crannies of Chinatown – where the food is cooked in volume, served with aplomb (but without the niceties).

Maybe the issue is less the food, more the context and the location. The restaurant interior is too pleasant, the food too apologetic, and the location – Jewel – too soulless.

But in fairness, it’s worth at least one try. So go.

Great for:
If you have Chinese grandparents who you are obliged to bring Jewel to gawp at the waterfall. This is your dining solution.

Not-so-great for:
Making an impact.

Check out our other JUNK Food Reviews.

In loving memory of a childhood staple
Experiments