A round-up of three things which made a recent comeback. 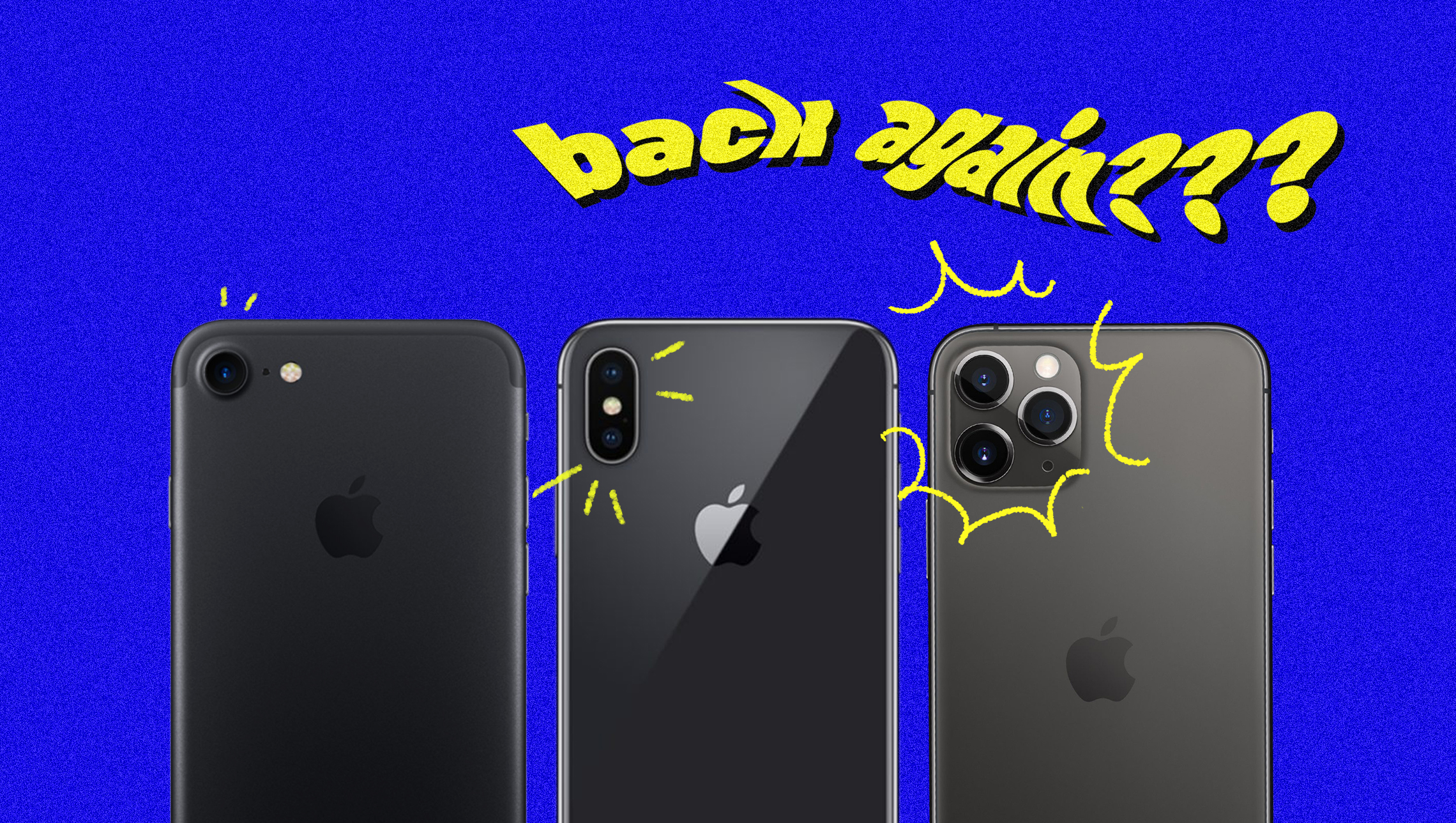 The 20th of September was a quietly exciting day in Singapore, as three cultural events (honestly, only relevant to those who care, lah) got their reheat. One, the iPhone came back revamped on its yearly cycle; two, the F1 kicked off at Marina Bay; three, the recently reunited Swedish House Mafia played a set to close the first evening at F1. We pit the three comeback kids against each other for a game of Reheat or Delete! Which should stay, and which should go? 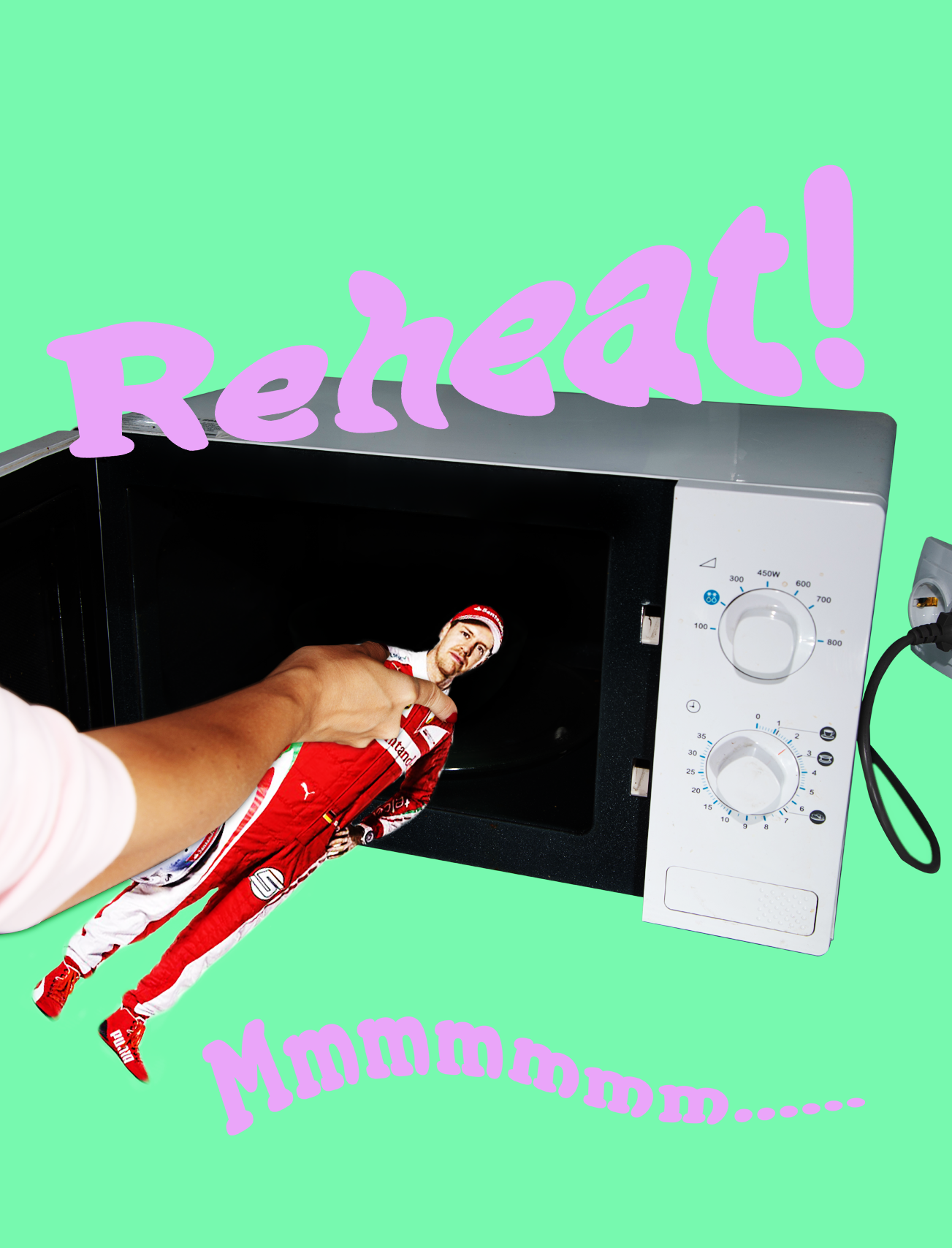 To be honest, most of us really don’t give a shit about the F1 season in Singapore, right? Some of us will go to the extent to say that we hate it – but we’re mostly just annoyed that the traffic goes to hell around the fringes of City Hall. While it’s tempting to think that F1 is really for tourists, they (only) make up 40% of the usual quarter of a million people who show up each year – so some of us do care it seems.

The bad: F1 itself as a format also feels moribund with even car enthusiasts failing to see the reason why anyone would want to watch what is effectively a parade of expensive machines that just don’t seem to want to overtake each other or do anything exciting (like crash). Add to that, the demise of the operatic V10 engines that used to sing off the facades of the buildings around our track – since replaced by far quieter, down-sized, farty 1.6 turbos – and what you have is something similar to a rather quick float procession: like the National Day parade mobile column, but faster and under brighter lights?

The good: But, all things considered, and unlike our national day parade which is suppose to warm the cockles of our hearts with mostly insincere nostalgic rhetoric, F1 goes the opposite way and openly and honestly flexes its OTT money-making muscles to make our city look so damn global and future… On the telly, and it can let you catch yourself feeling… the feeling too.

This year, we also have a slight improvement in the sound of the cars – the Renaults sound gravelly, the Honda-engined cars have a rather nice fluttering on the over-run. And now that we’re saddled with the un-wokeness of burning oil, maybe we should treasure the fact that something as ridiculous as the globe-trotting carnival that is the F1 still exists! So okay lah, F1 is worthy of a reheat for as long as it can live. 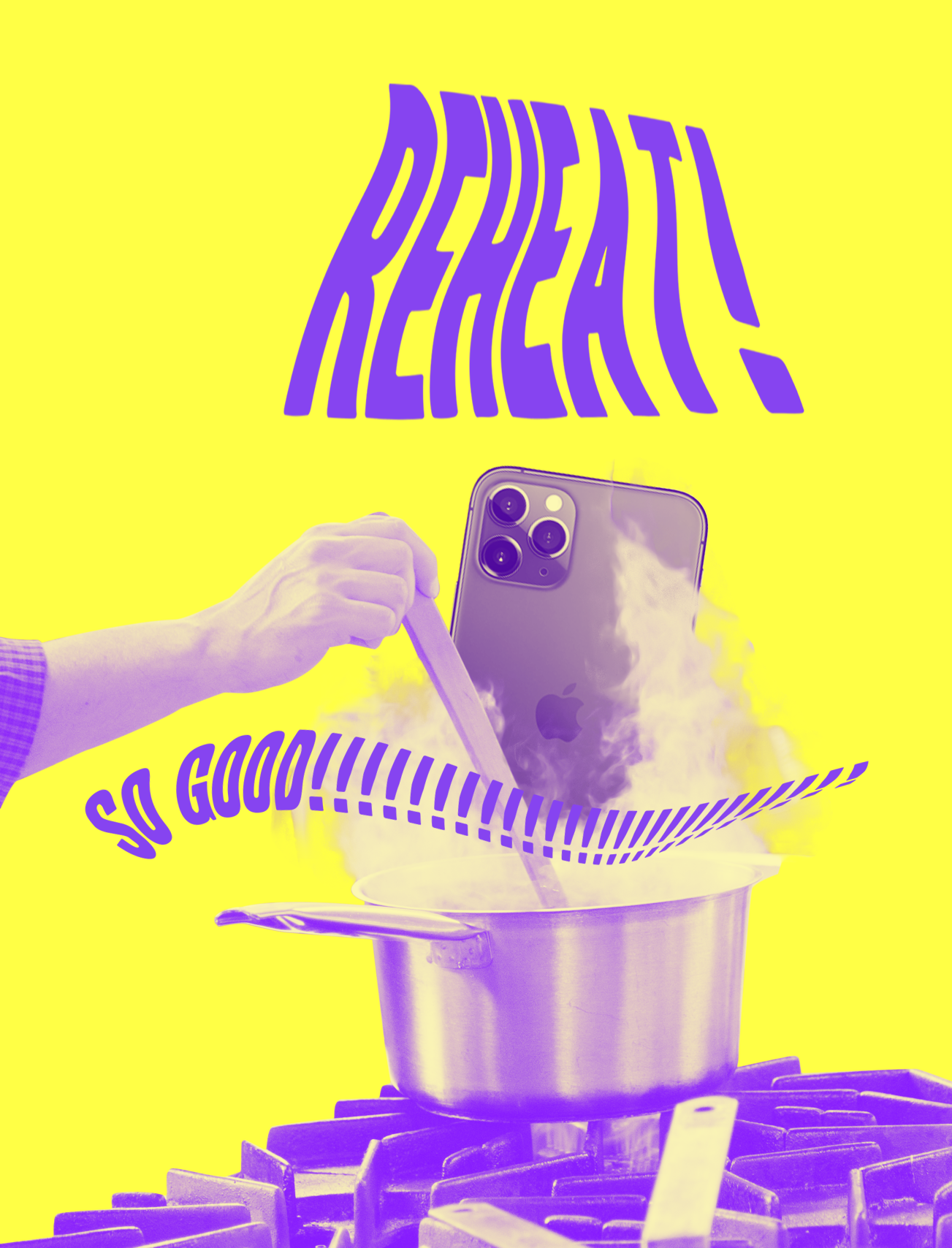 One of the most leaked iPhone releases ever had all the Youtube tech reviewers mostly writing it off even before it hit the shelves. Yes, we get it, that world loves to hate on Apple, and to be fair, Apple does seem to like to work to the beat of their own drummer, befuddling everyone with the obvious things that they seem to not want to do – like give a bigger battery, have a better screen, stop overcharging for internal storage, move to USB-C, etc etc etc.

And yet, after units got into the hands of reviewers, the phone has generally been well received. Why? Everything from the cameras – hands down the best on any phone at the moment! – to really geeky things like Audio Zoom, had some people cooing over how Apple can sweat the details when they bother. Even the screen and back glass is really delivering on the claim of being incredibly tough.

To be fair, phones have hit commodity level, and in 2019, there is a level where discussing phones seems incredibly trite in this day and age; but it’s good to see Apple bother to pay attention to useful things like the hardiness of their devices, and this even as they start to move their business model to services and find their profits elsewhere.

All in all, it’s good to see that Apple has cared with the evolution of the iPhone and the 11 is welcomed with open arms, especially in that sick green colour on the Pros! 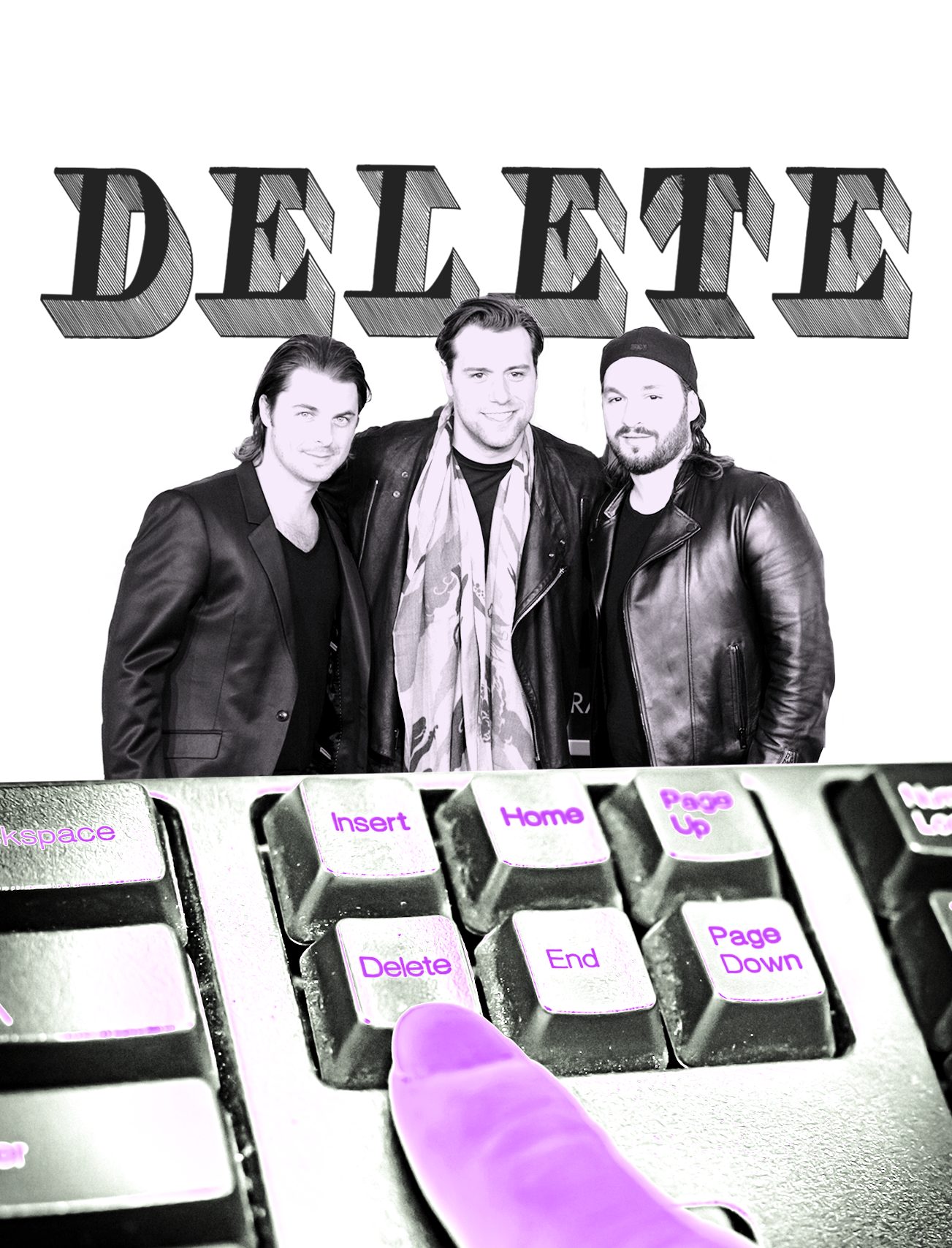 After disbanding in 2012, should the DJ “supergroup” even have bothered regrouping?

Just to give context – no, we are not EDM heads here at JUNK, but if push comes to shove, we can try to conjure up reasons to like some more than others: Calvin Harris has the sounds of UK club culture to back him up and he does so cleverly; Avicii (RIP) could surprise with a certain deftness to tune-smithing at times; we also can try to watch Deadmaus try to have a soul and repeatedly fail, but still sayang him a bit, cos trying mah.

But Swedish House Mafia are awful – nothing rings hollower than them.

Liking or disliking the Swedish House Mafia will of course be a matter of personal opinion, some of you fans out there are already sharpening your fangs. But while we still maintain that these three clowns – three! How many DJ’s does it take to play one track???? – can’t write or produce a deeply meaningful popular tune for nuts (their abilities start to unravel when put up against their fellow countrymen, who are the best in the business), what really took the cake at their recent performance was the sheer arrogance and obnoxiousness of actually not bothering to actually TRY to DJ a competent set.

Look past the the mighty impressive stage theatrics – the streamer canons, flame throwers, and the laser and mechanical stage acrobatics – the Swedish House Mafia rested on laurels and sleepwalked thought a sloppy, unimaginative performance that consisted of nothing but their hits. Bad enough that they had nothing new to bring to the table musically, we in the audience had to endure ridiculous abrupt breaks in the set where tracks literally ended, the flow only to be restarted with cheesy ominous drops leaving the crowd unsure but in a state of forced ecstasy. Watching one of the ‘mafia grandiosely and incrementally knock out the opening strains of “ Miami 2 ibiza” – another dated “classic” – on some trigger pad was tedious and actually displayed a distinct lack of timing and crowd-reading. It felt like autofellatio that was amazingly situationally unaware.

In 2019, A Swedish House Mafia reunion just stinks of a pathetic, lazy money grab, and a reminder of the dark days of cheap, disposable EDM festival music. Trust us, the dance music scene – even if not always to our taste – has become more diverse since the mafia split up.

For those of us old enough to remember, there was a Kit Kat ad in the ’80s whose prescient script went, “You can’t sing, you can’t play, you look awful: You’ll go a long way!”. The same rules apply to Swedish House Mafia – they can’t DJ, they can’t write tunes, they look like men in the throes of a mid-life crisis on stage. But gauging the evident nostalgia of the mad-for-it audience, they will still go along way.

…Or will they? We hope not for long. Humanity deserves better.

What other things that you know of, that have recently had a reheat and deserve a delete? Let us know at [email protected]!