The War on Fun!

The war on fun – and a war on common sense? 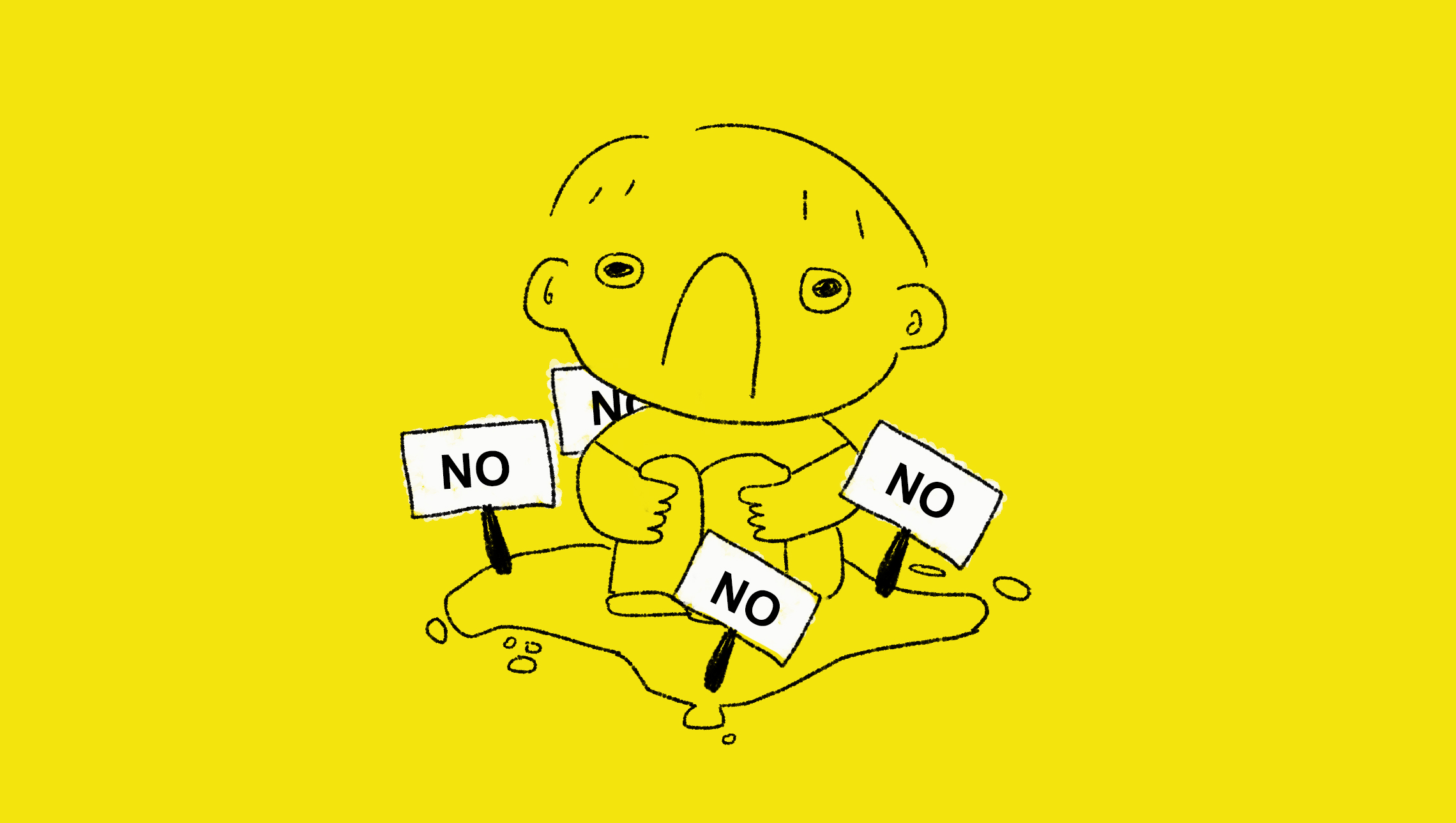 Singapore has a global reputation as one of the most sternly regulated countries in the world. In some cases things have been controlled since day one, in others, the authorities have moved to dampen any soft pleasure one may have gotten from our day to day lives, pruning off any grey areas over time. We are not talking about the big things here (sex, drugs, rock and roll, lawyers absconding with money), more so the more innocuous, commonplace activities that make up our normal existence.

The War on Fun™ feels like a war on self-control, and unfortunately, it takes a few silly, inconsiderate ones to shine a spotlight on the fun bits and spoilt it for the rest of us.

Here we list the good, the bad, and the ugly of this operation. How many of them do you recognise?

Okay we don’t condone smoking – how can nowsadays right? We agree it is gross and we’ve been conditioned to think it mostly anti-social – imagine lighting up in a restaurant now! (If you want to still do that, either pay to get into one of our casinos or you can head to Batam.)

But let it be said that there was a time when lighting up in our youth was a comparatively more free, naive and personality-defining action. Wah, so rebellious! So pai! We maybe thought (misguidedly) that we were rock stars in our own seminal movie moment or swaggering music video.

But when smoking was banned in clubs, some of us will remember how the old Zouk Main Room went from being a smoky, seductive place of chance encounters, to one of BO, bad breath and the smell of vomit. Even with the associated pitfalls of secondhand smoking, we know which we prefer!

Anyway, in 2019, smokers have been broadly styled as social pariahs and you mostly can’t smoke anywhere; and if you do, creatures of the habit are now herded into yellow boxes (especially on Orchard Road) and are presented to society as victims of their addiction, policed by inspectors who will zealously saman anyone who stands a whisker out of the box… But at least they don’t have to power to make offenders eat their cigarettes like Duterte has.

At least, not yet.

No early 20s HDB shag pad to be young, wild and free!

Young families first! If you’re single, approaching middle age and still can’t afford a flashy condo, sorry, you can’t get your own HDB till you are 35.

What’s the logic behind this? Pro-family policies we guess. In doing so, it’s pressuring couples to get married for the wrong reasons, and leaving a growing number of singles with stunted independence. If anything, the HDB should let single, young people move into their own spaces earlier in life so they can happily experiment with “frisky, young people things”.

But anyway, we are Asian right? Which means we usually live indefinitely with our parents; even the financially sound ones who are young homeowners will still go back to their parents’ for dinner every night! Maybe the government does not “chup” about young singles because it knows we are homebodies… BY THEIR DESIGN.

No night time street life in Singapore… cos noisy!

The Old Zouk, Blu Jaz and the ORA drinking areas of Peranakan Place are all gone. Why? Cos drunk people mingling outdoors and having a boisterous good time in the evenings are NOISY, NOISY, NOISY and inconsiderate.

It seems that the residents in surrounding neighbourhoods have complained to the authorities, and well, they have won. Yay for them. And in the case of Blu Jaz, while their entertainment license was suspended on grounds of overcrowding, some suspect otherwise as the problems really started to snowball after people moved into DUO across the road, that bunkered, chi-chi edifice that no one really goes to or gives a shit about.

To make it possibly more ironic, said street life has been killed stone dead by a bunch of people who perhaps moved into these neighbourhoods because of proximity to the vibe in the first place.

So often we wonder aloud why Singapore’s night time street life sucks. But in the end, it seems that we just can’t compromise, can we?

And also no drinking in public places after 10:30pm

As of 2015, you can’t drink in public after 10:30pm. Break the law and it starts from a $1,000 fine. As a result of this, there is no outdoor drunken fun anywhere, and even the Cool Kids™ have to clear off The Bridge™ at Clarke Quay by then.

10:30pm? That was when most of us were just heading out to get buzzed on sidewalks outside clubs back in the day, (next hit was “Midnight Madness”). But if you insist on being out and drinking into the wee hours, here’s a top tip, if you book a public BBQ pit at one of our parks online, or via an AXS machine (and in the process, providing all your details), you can drink till outdoors till 4am. Not 5am. Not 6am. We’re not sure why. Probably because most hantu also tend to also call it a night by then too?

And please note, you can only drink in the vicinity of your pit, the reason probably being that if you are a violent drunk and spiral out of control, you would probably throw yourself onto the hot coals and burn yourself to death! You only have yourself to blame, you drunkard!

Sure we also can’t condone OTT, Fast and Furious reckless speeding, and that is not the point that we are trying to make here.

But with the installation of the clever, clever average speed cameras on the Changi Coastal stretch, you can’t creep over the speed limit even slightly, or in parts, as high tech eyeballs on the street lamps sample your speed over the whole length of the runway.

Okay, we understand it’s all to stop this dead straight multi-lane road from being the glorious drag strip it can be (and was), but what about letting us manage our own speed on the grounds of sensibility and situational awareness? No? Okay, cap the speed a bit higher, then. Why? Because with a road so wide and featureless, there is every chance that drivers can be lulled into a state of highway hypnosis at the current low speed limit of 70km/h. As it is, it’s easy to lose focus and lane drift while waiting for the time to pass – fine if no one is around, but surely not good if you stray into the path of a dump truck or a cyclist.

No camping without a permit!

Hey, let’s go camp out at the beach for a few days in a haze of impulsive, disconnected freedom, to face the ocean, listen to the crashing of waves, suck in the salty air and talk about life.

No, that sense of intuition and anonymity has to be cut short, as first, and as with booking a BBQ pit above, you need to go to your computer or an AXS machine to apply for a permit online, providing all your details.

We know process has been put in place, in part as a response to some families pitching up tents and moving their entire lives by the ocean due to personal circumstances – a tricky social issue – but as a consequence everyone has to be herded down this path. Alas, it was not always this way and that is why it makes this list.

Anyway happy campers, please note: you are only allowed to camp for four days max per month, only one structure at a time, and have your permit on display outside your tent (so sexy) for the duration of your stay, if not, a man with a torch light will come and kacau you and whoever you’re with at 3am to ask for paperwork. Pui! 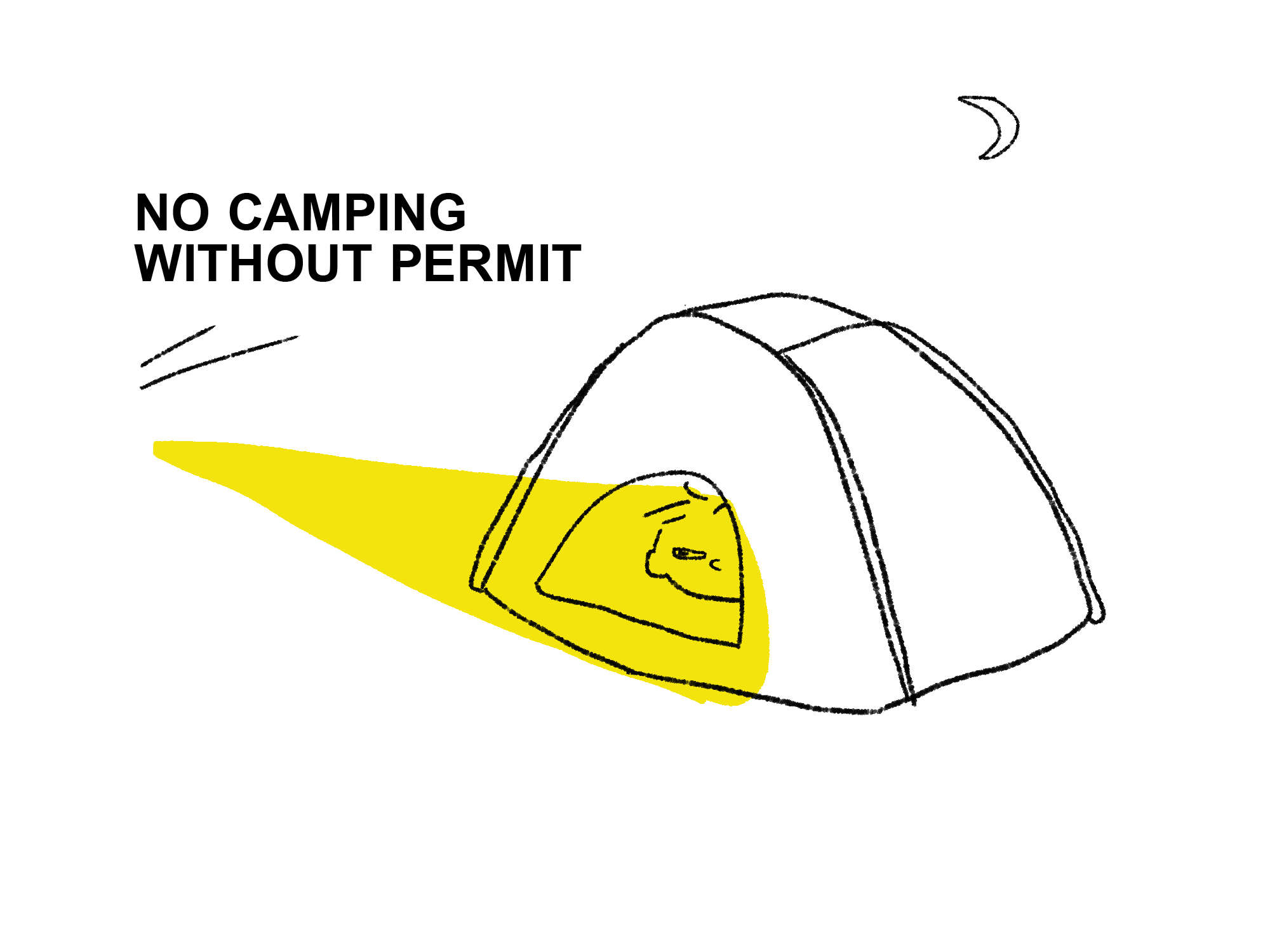 The gentrification of Pulau Ubin

Have you been to Pulau Ubin lately?

They paved paradise and put up a nice if entirely forgettable garden.

No dirt tracks, no quarry to ride your bike down into (they flooded it), no old taxis bouncing across the island, no wandering in plantations, no dodgy campsites, no more well water to bathe in. Okay the last point was always a bit gross. The older amongst us will remember the old Ubin. Sigh.

We still can’t see the point.

No walking around naked in your own home!

Some of us will never adapt to the heat and humidity of this country and will need to wander around our home with minimal or no cover; or maybe some of us are bona fide nudists and walking around in our homes naked is the only path to mental stability. Both are completely NORMAL human traits. But, ICYMI, it is illegal to be naked in your own home since Feb 27, 1996, IF there is a chance that your (pervy) neighbour can gaze upon your private bits, even if for a split second.

None of us knew this and most of us did not care till 2009, when a taxi driver got fined $2600 for exposing himself to his neighbour. But that begs the question – was he maybe not attractive enough in the nude? Maybe this is a war on people who don’t work out.

But more than being another attack in the war on fun – this is one really feels like an assault on the inherent vagaries of being human and an attack on common sense. Do we really need a law that stops you from being naked in your own home when the issue is actually indecent exposure, which does not require you to be completely naked!?

And if your neighbour does seem to like to expose himself to you, don’t feed the monster by staring back either, lah. Do you really peer into your neighbour’s homes that much?

No pyrotechnics for us to play with, not even POP POP!

We’ve not been able to personally let off fireworks since 1965, so this is not a recent erosion of self control. As a compromise, the SPF and the STB allow us to enjoy the vainglorious blowing up of fireworks by doing it on our behalf for festivals and on special celebrations.

But POP POP? That small cracker that we played with as kids in the late 80’s? Ban that? Sad.

Could it be that the authorities have sleepless nights imagining that we will make one massive POP POP out of several and try to hold up a bank? Bit hard, leh! First your will need a large sheet of thin paper to hold all the power to truly make a threatening POP POP – and single ply toilet paper – the best candidate, will tear too easily when tightened up. Using posh 3 ply would render the massive POP POP ineffective as that would dampen the impact too much and prevent ignition.

But as a reminder of the dangers of unwise letting-off of pyrotechnics, watch this barely supervised mayhem in Myanmar!

What other things in Singapore have slowly had the fun sucked out of them over the years? Let us know at [email protected]!