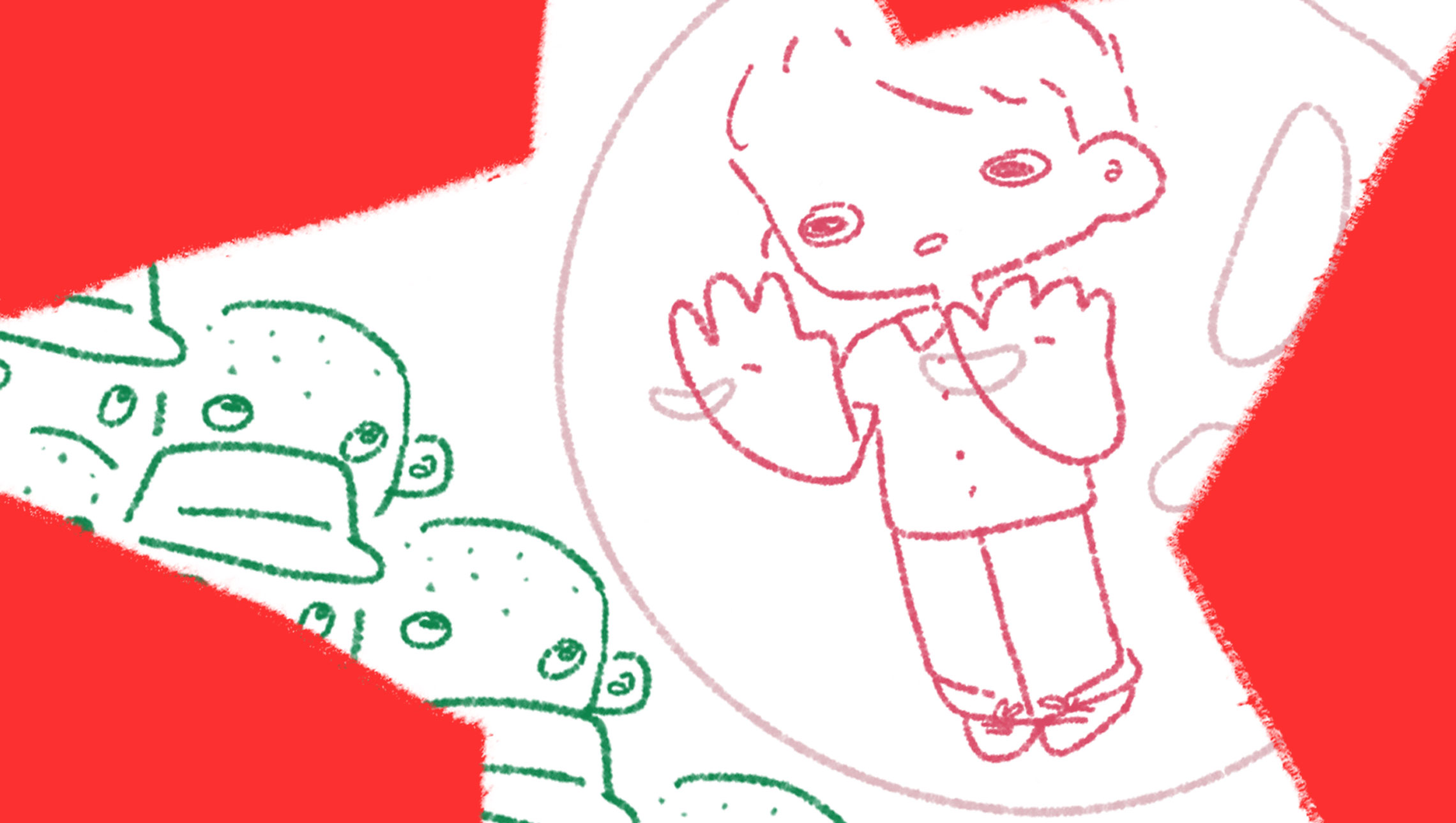 On the occasion of our nation’s 54th birthday, we gather four different young Singaporeans to reflect on one of Singapore’s biggest, and most essential, ideas – a harmonious, multiracial, multicultural society. Here, an NSman considers how racist attitudes get perpetuated, no matter what generation you’re from, and wonders what to do when you’re young and disillusioned.

A brief summary of the nineteen years of my boring existence: the moment I popped out of the womb, I was swaddled with layers of privilege. Chinese, middle-class, male, and Christian too. I grew up in an Anglicised household, and eventually got into one of Singapore’s elite institutions. Thereafter, I met people in school who spoke and thought like me, I went on to study the humanities, forged my deepest friendships built on shared values, and lived happily ever after.

Then, just like a classic tragedy, came the reversal of fortune – or the peripeteia, as I was taught back in school. I was conscripted; thrust violently into the unfamiliar world of the army, a kind of purgatory where evil, effeminate men are punished for the sins of just being very liberal in general. Supposedly, poetic justice is swiftly delivered when the tragic hero/emasculated humanities student enters the army, becomes very dismayed that the “real” Singapore is not in fact as progressive as the liberal bubble he grew up in, then gets depressed and lives the rest of his NS life in self-exile due to a misguided belief in his moral superiority over everyone else. 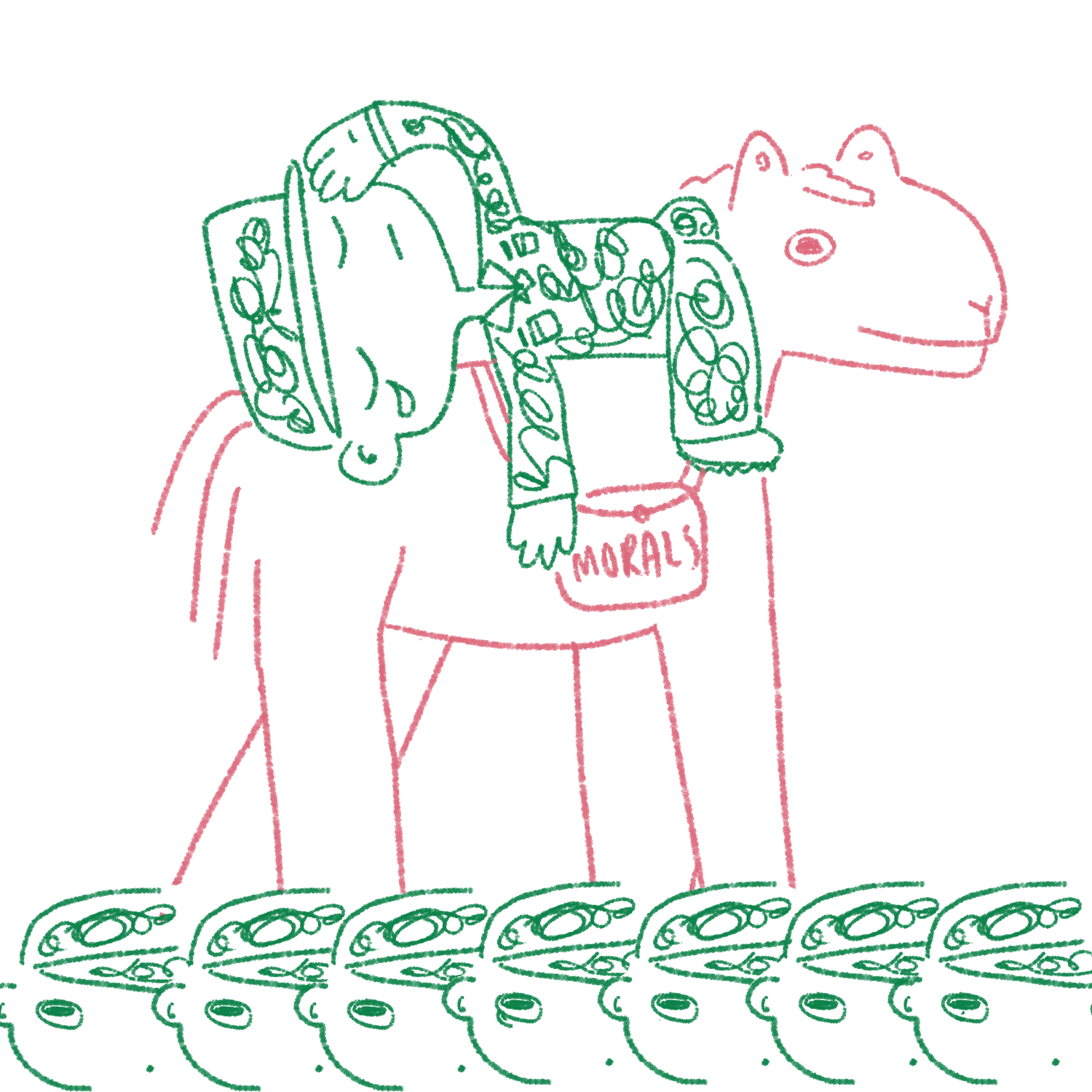 To avoid becoming living caricatures, most of us are sensible enough to leave our political beliefs at the doorstep, and walk in with muddied boots like boys who will be boys. We learn to camouflage ourselves in more ways than one; by talking brashly, rudely, and learning to keep our mouths shut whenever we want to say something thoughtful. At least, that was how I tried to make friends and fit in when I first entered the army. I did this even though it always left me with a deeply unsettling feeling of being disingenuous – I felt like I was constantly betraying myself.

“Don’t say I racist ah, it’s not my fault they’re like that”. These words came like a rude shock to me on one of my first days in the army. Racism, from the mouth of a young Singaporean? I had previously read about these odious “racists” on the Internet but I had never met one in the flesh. I always assumed they belonged to a different generation, or to a different species altogether – young Singaporeans were supposed to be a sensible and thoughtful lot, like the friends I had in school. What happened to all those lessons about diversity and respect? Wasn’t this illegal? Should I call the police? Nothing made sense anymore; my head started to hurt as the world collapsed around me. “Hold me…” I whispered weakly to my locker as I fell into its cold embrace. 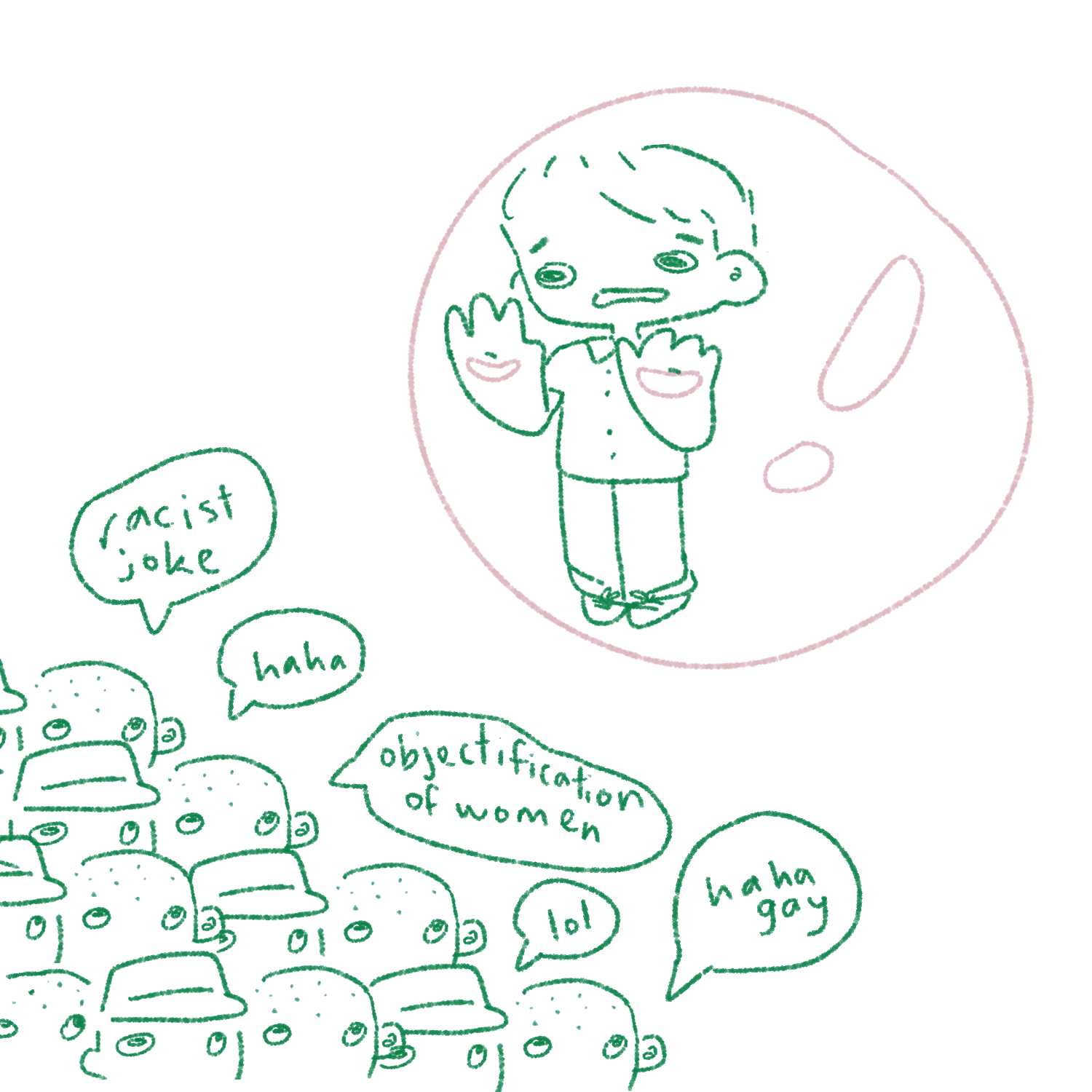 I don’t know why I kept quiet in the end. Perhaps I was a coward, but I didn’t even know on what grounds I could refute my bunkmate – tell him not to essentialise racial communities? Tell him I have friends that are not like that? How do you tell a racist he is being racist when he insists he is not?

Then it came again, like a slap in the face:
“Malaysia Minister say their country got no gays.”
“Now that’s a good country to live in.”
Again I winced and kept silent. For a moment I thought about what I could say, but I promptly gave up. Was there anything to say that wouldn’t sound like a lame rebuttal – that gays actually contribute to the economy, and pay taxes too?

What can one say, really, in the face of pure, unashamed bigotry?

Full of sound and fury, signifying nothing

I was angry, but for months I bit my tongue. I did not want to be ostracised, or to be called a killjoy. And most of all I was wary of the accusation of snobbery – that if my personal values were after all only a product of the liberal education I received (one that is not necessarily accessible to everyone), then I did not want to be seen as someone just mindlessly parroting discourse about social justice while deludedly believing in my own moral high ground.

Thus, my disillusionment upon entering the army was two-fold: not only was Singapore more reactionary than I had believed, as exemplified in the army’s culture, but I also realised my powerlessness to do anything to change it; I knew anything I said would fall on deaf ears. There was no point in invoking the hackneyed holy trinity of “racism, sexism and homophobia” or in publicly denouncing its pervasiveness in the army. It all felt so predictable and hollow – of course, not because I didn’t believe in my values – but rather because of the way these discussions always hit a dead end. You always have to fall back on the same set of basic assumptions you can never prove to naysayers, or else rely on the same language of social justice that either holds moral weight to a listener or does not.

Yet, being forced to confront how my values (and more generally the vocabulary I used and the assumptions I held) were largely a product of my education also made me more aware of how my friend’s values were also products of other factors. In the army, I met some of the kindest, most altruistic people I now know, but I often found it difficult to square their genuine goodness as human beings with the kind of hateful, vilifying remarks some of them also made. 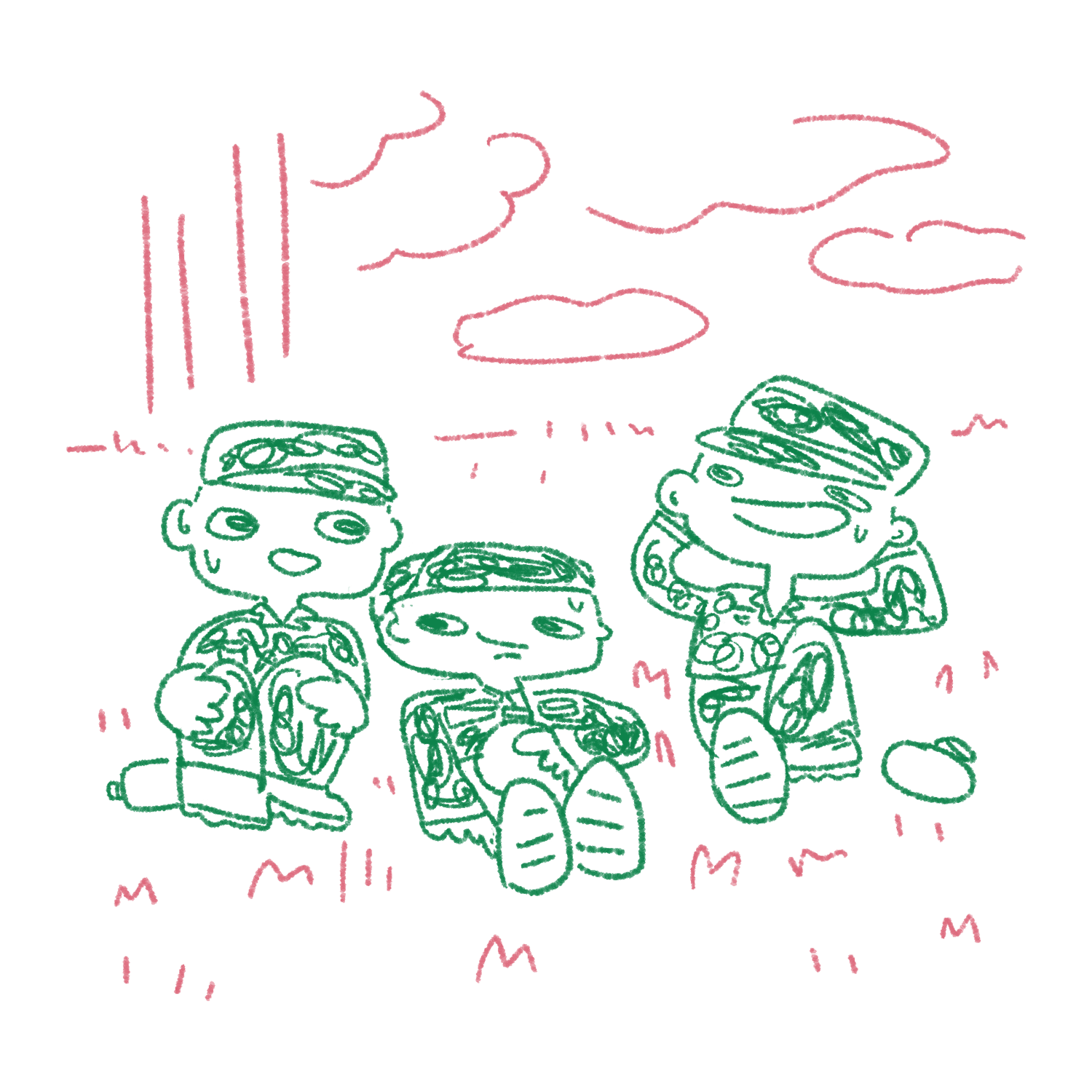 The only logical conclusion, which may or may not be comforting, was that a lot of this discrimination didn’t stem from the inner malice of these people, but were products of structures and forces larger than the individual: from being conditioned to see through the male gaze, to offensive tropes we have been socialised to think of as funny, to “othering” in order to strengthen group identity, and so on.

And thus, although the culture of “army buddies” was toxic at times, I learned by and large to leave morality out of the picture. And the people I met ended up being great, thoughtful friends who really looked out for me, friends who did not make me feel alien for having different values.

To understand all is to forgive all?

Ironically, the one person in BMT I absolutely could not stand was a bunkmate who came from the same school as me, and who later accused me of being elitist* when I said I would not miss him. He was a vindictive, spiteful man, completely unabashed about his contempt for racial minorities and “faggots”. It was his vicious prejudice that made me perpetually uncomfortable around him.

*I was from the Integrated Programme while he was not, which meant he entered the school four years later than me, and he thought I despised him for it – to me, this was a strange accusation, not only because I cared so little about these petty distinctions, but also because he had somehow failed to notice that I visibly got along better with everyone else. 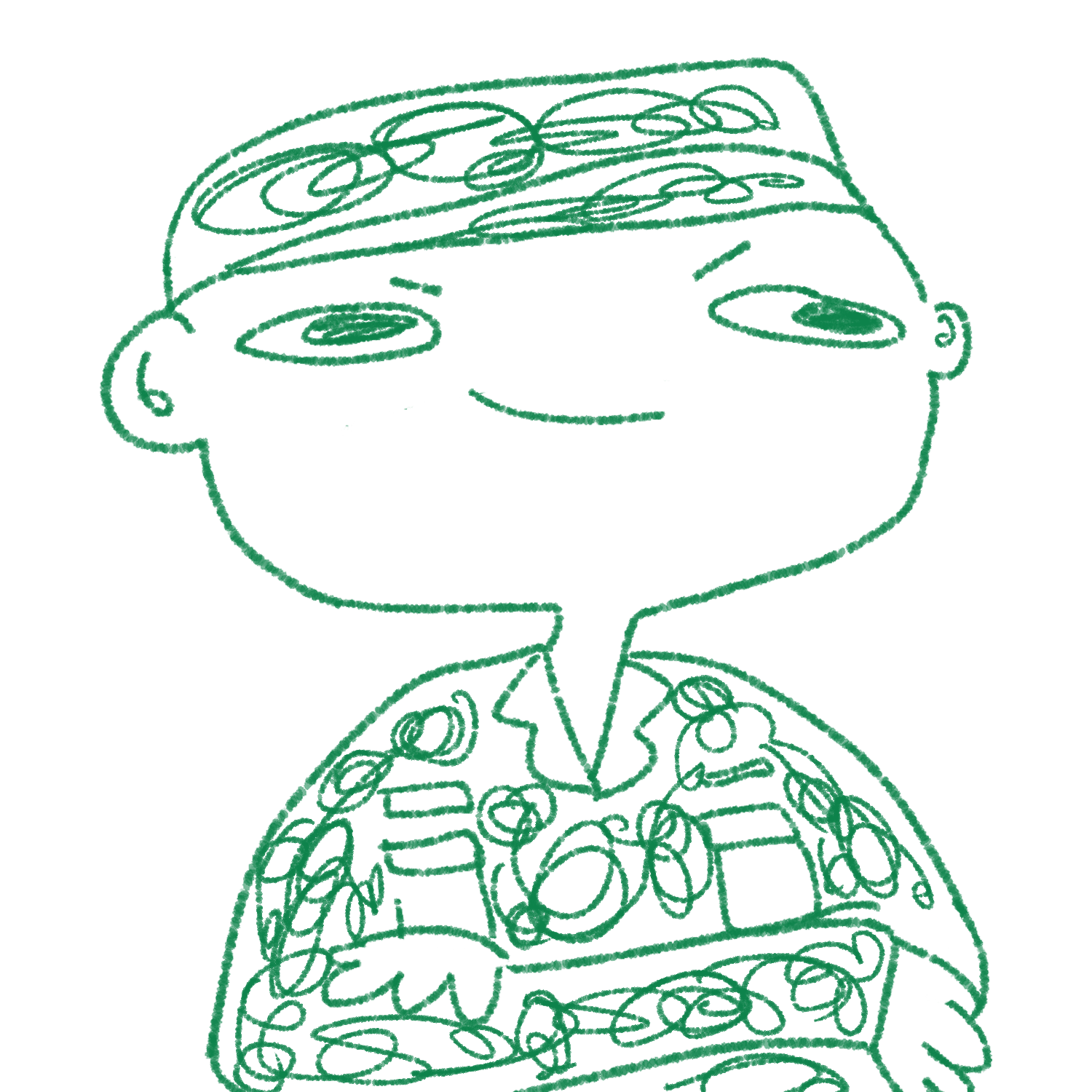 Thinking back, I wonder why I had been so unwilling to forgive him and him alone, whereas I was more patient with everyone else. Perhaps it was unfair of me to expect an ally in someone from a familiar background, to hope to find someone with whom I could share my burden. But ultimately what I could not accept was that he was a perfectly rational, intelligent person who had supposedly been taught to critically analyse issues in school, and that nonetheless he had chosen, out of sheer laziness, or ignorance, or apathy, to thoughtlessly perpetuate discrimination through his careless and callous words.

It was really the thoughtlessness of his words, and not necessarily the content (which as I have said, is produced by something larger than the individual) that offended me. It seems to me that if your education does not provide you with the tools to take a step back and think about what you say and why you say these things, then your education has failed you.

But if it has in fact given you more than enough to do so – the skills, the resources, to redress the prejudices you may have grown up with, and yet you refuse to, then it is you who have failed your education and the moral responsibility that comes with it. This was my main quarrel with my bunkmate, that he was given the privilege of a good education and yet had failed to do so.

Oh, to be young and disillusioned…

As it turns out, my disillusionment in the army – the violent smashing of the illusory bubble in which I had grown up – has been one of the more meaningful experiences in my otherwise uneventful life. It represented a radical break from living in an echo chamber of moral posturing and feel-good politics, to being forced to recognise my country for what it is, with its many flawed and ugly faces.

Had it not been for the army, I would never have mixed with people of such different backgrounds and belief systems, and I would not have realised the unhealthiness of the liberal siege mentality: which is the tendency to conceive of oneself as a self-styled martyr, or part of a persecuted moral elite that must shun the reprobate world and retreat to the safety of the like-minded. Such a mindset is not only self-absorbed; it is also escapist, because it does not recognise that it is only in entering the world, and in forming friendships on the common basis of humanity, that we can begin genuine conversations about different values.

This does not mean an abandonment of our own values, but on the contrary, it means being aware of the immense privilege of the education that has shaped them, and the responsibility of reflection that comes with it: of stepping back, and thinking about what one says and why one says these things. 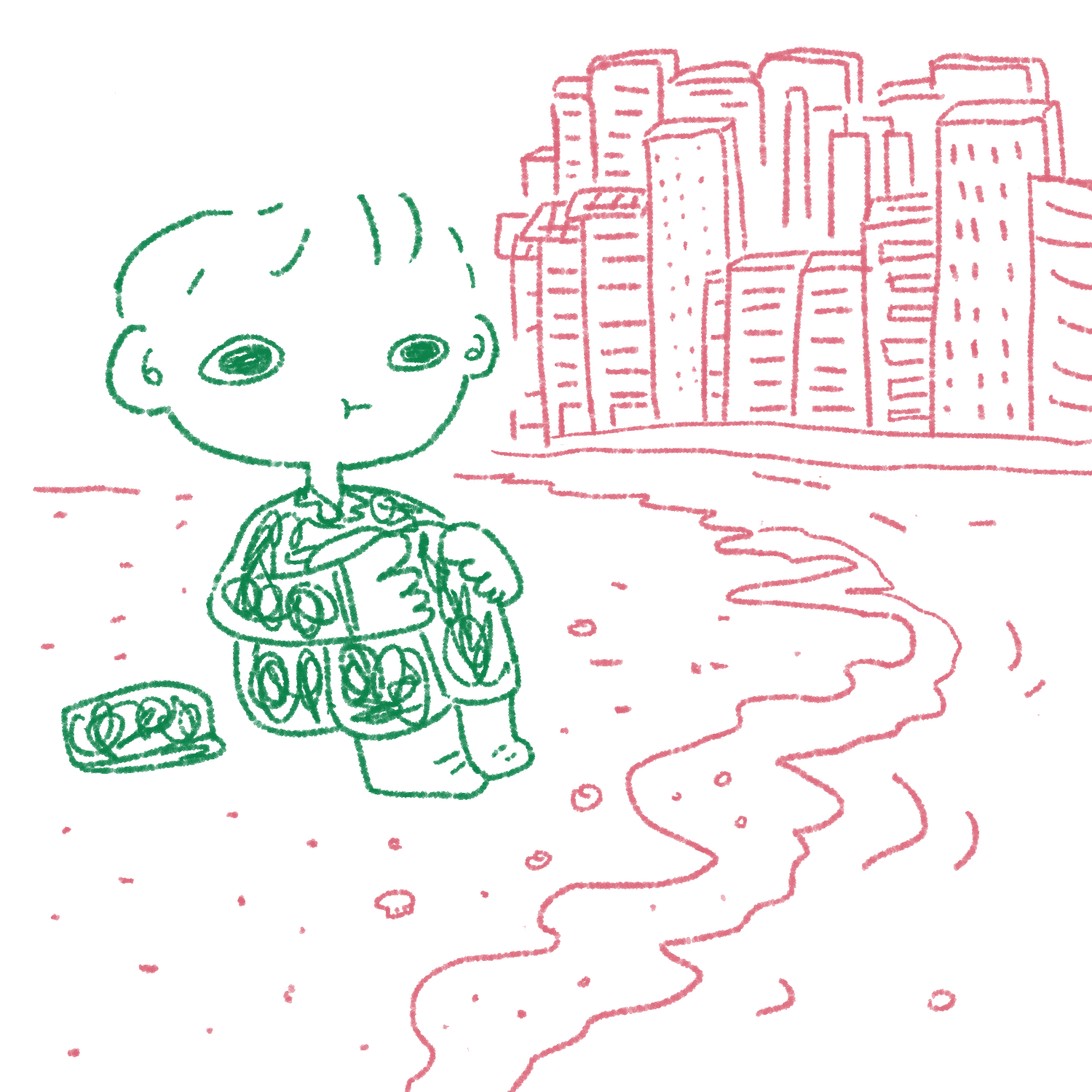 Am I still disillusioned now? Absolutely. Many times this year I have felt so frustrated and helpless that in my puerile anger I tell myself, exasperatedly, that I hate Singapore and that I want to leave this country. But I only ever manage to say it lamely and without conviction, like the words of an unconvincing performer, because I know in my heart that none of it is true.

I do love my country – in spite of its flaws, and despite the many times I have been disenchanted with it. And it is because I love my country that I am also hopeful, because I know I must put my faith in my peers, the ones who are thinking and the empathetic, to right societal wrongs and to lead our country to the next phase of our maturity. As a young Singaporean, I see no point in dwelling in defeatism when our best bet for change really lies with ourselves; it lies with the empathy and cool-headedness of our thoughts and words.


This essay is part of a series on multiculturalism in Singapore.

First-Person is a narrative column by JUNK, exploring the real lives and perspectives of people in (or influenced by) Southeast Asia. Have something to add to this conversation? Email us your thoughts at [email protected]