On a scale of Godzilla to pontianak – how brave are you? 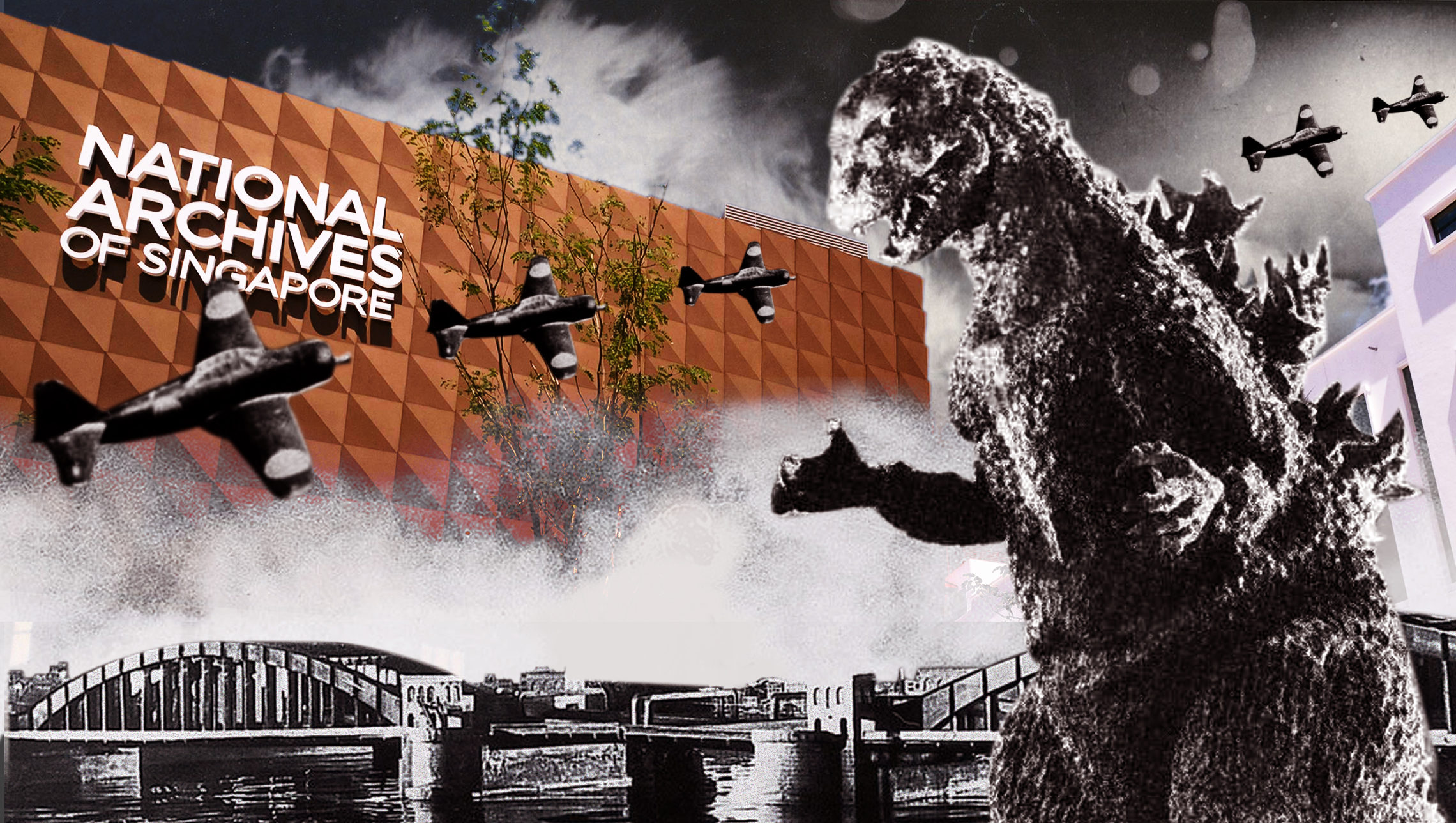 Are you scared of monsters? No stomach for horror? Then maybe AFA’s season of scary Asian movies about things that go bump in the night may be the thing to fix you.

Running from 7th June to the 21st July, A Fear of Monsters features a selection of Asian horror from the 1950s all the way to the 2000s, with films from Indonesia, HK, Japan and Singapore. So lots of classic pontianak, orang minyak (“oily men”, even from HK!), mediums and large monsters romps. Full disclosure, we are not exactly horror fans but thumbing through the program reveals an intriguing mix of flicks, from the scary-scary, to the scary-campy. And perhaps some of the charm of the vintage stuff, with its absence of TOO REAL™ gore and horror, is the ability to enjoy the story and ponder the cultural concerns of the period reflected in the films. That was certainly the case with the screening of the original 1954 version of Godzilla, which we caught on opening night.

In 2019, Original Godzilla can seem like a camp B-movie, but in truth it was truly groundbreaking for its time. And it is still cinema’s longest running horror franchise. (Fact!) Time and contemporary production values have tempered the old-school shock value into mild amusement and we admit that, at some points, we sniggered (along with most of the audience) at the outdated, now somewhat cutesy, effects. But as an expression of a country reeling from the effects of the H-bomb, it remains a profound document.

The film programme’s schedule is filled with such old-school gems, along with newer independent films making their mark on the festival circuit, such as the Sundance fave We Are Little Zombies (2019). So we say, check it out! Plus, you get the chance to check out the newly revamped National Archives (NAS) building and its cosy, spiffy Oldham theatre on the third floor.

And, as a bonus round for the truly brave, we suggest taking a walk out to Fort Canning after a night show. Head up the newly pedestrianised road that used to be Canning Rise, and hunt for hantu! If you don’t come across a real-life ghost, you’ll at least be guaranteed to stumble across some graves, and *other* things that go bump-chicka-wow-wow in the night!

Asian Film Archive – A Fear of Monsters is now on from the 7th of June to the 21st of July.