An all-you-can-eat that's too good to be true... often is! 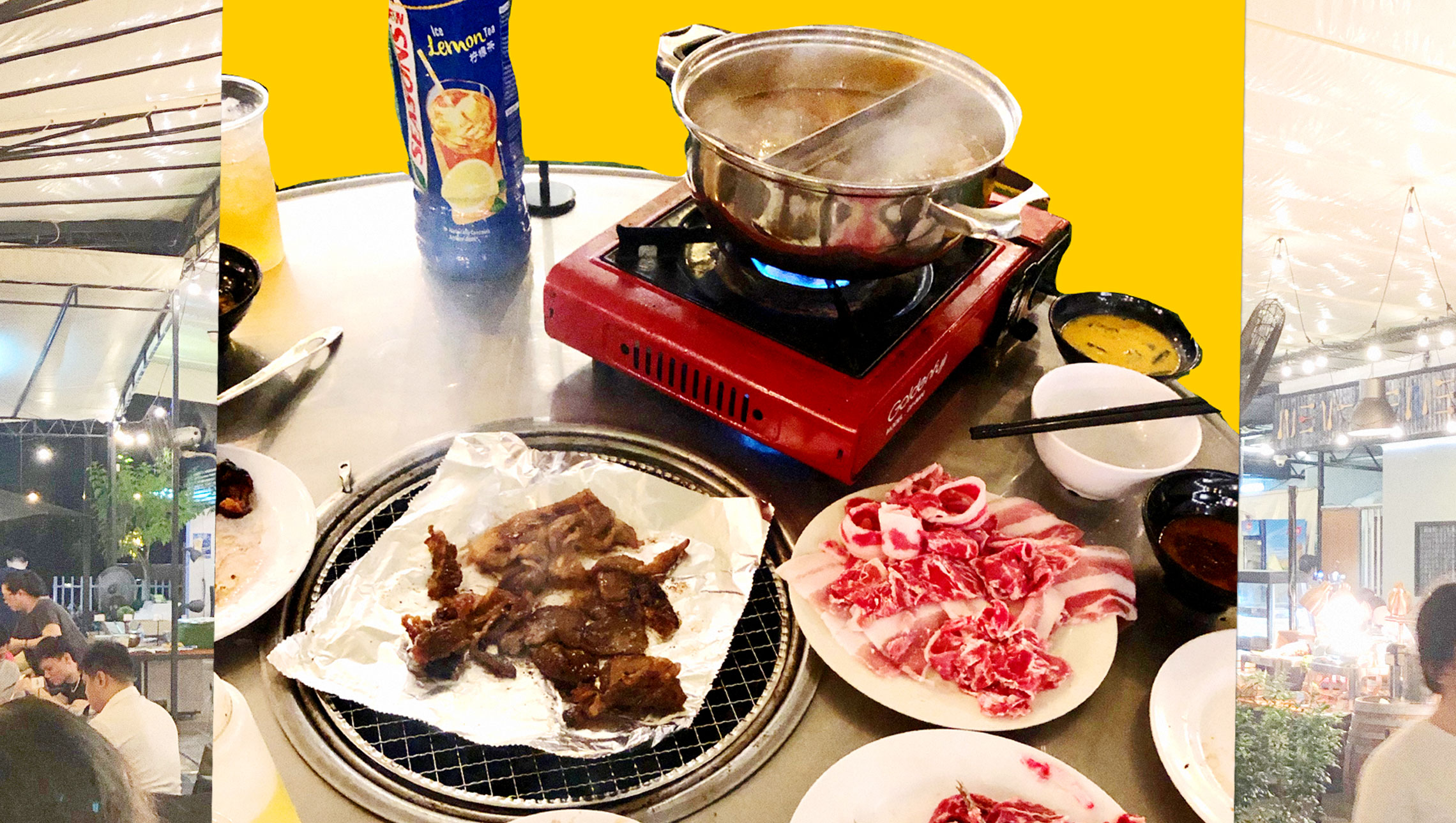 Satisfy your immense hunger with an amazing, limitless BBQ and hotpot meal! 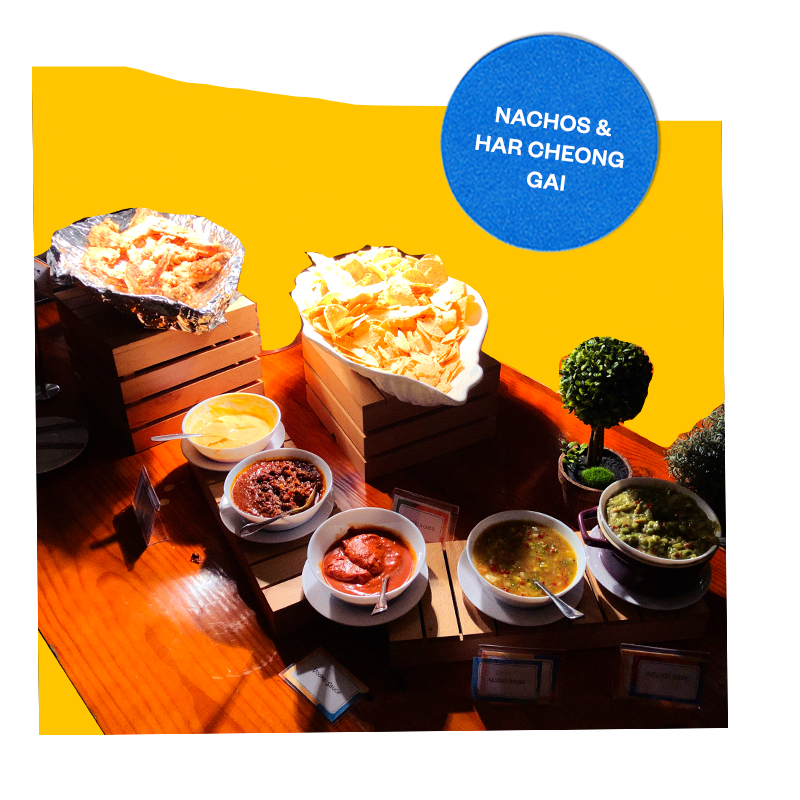 It was the big freeze of June the 3rd 2019… A cold day, was it not? One of the team suggested that a BBQ ‘n’hotpot meal at 3 Peacocks in Labrador Park was the thaw-out trick that we all needed. This was her suggestion after watching a cheesy sponsored video on FB the night before, with some influencer ah-lian pigging out on a boundless buffet of “Wagyu” beef and “Iberico” pork. “Real or not?” we asked. So good meh? Plus it was by the ocean! How to not be drawn in?

We arrived at the restaurant and recognised it as the same place some of us had been to years ago, called “The Training Shed”. Back then, it was a neat garden space, popular for weekend parties, with a nice little bar and a tidy sheltered astro-turfed area to hang out. 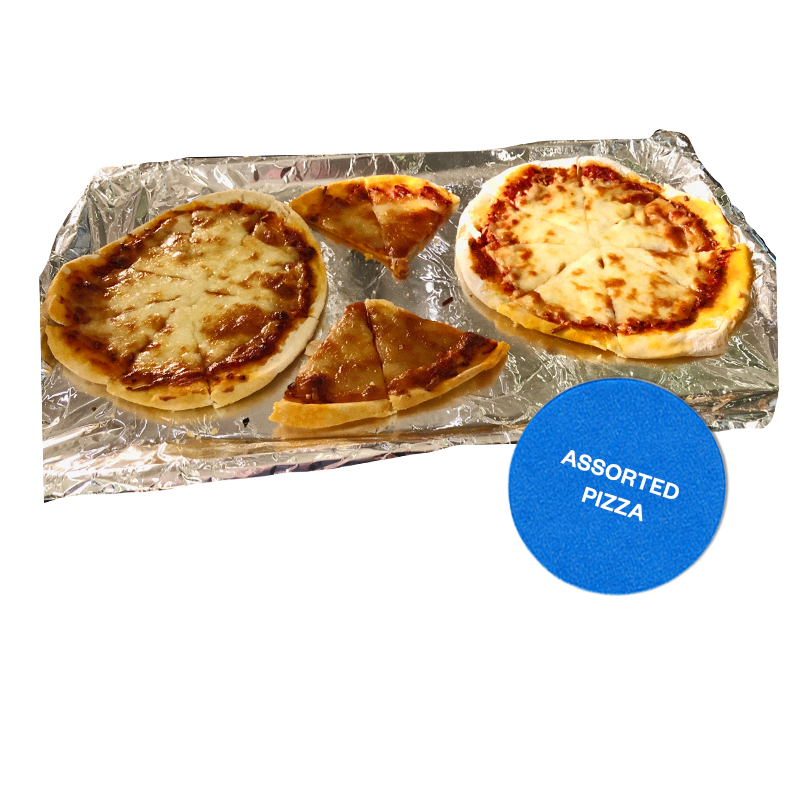 We paid $45 a head for the BBQ and took the option to have the hotpot alongside for another $20 extra. And we were informed that we were entitled to free Boston lobster with our purchase too! Wow…?

After being assigned our table, we surveyed the sprawling food buffet and became increasingly uncertain and chin-stroky. 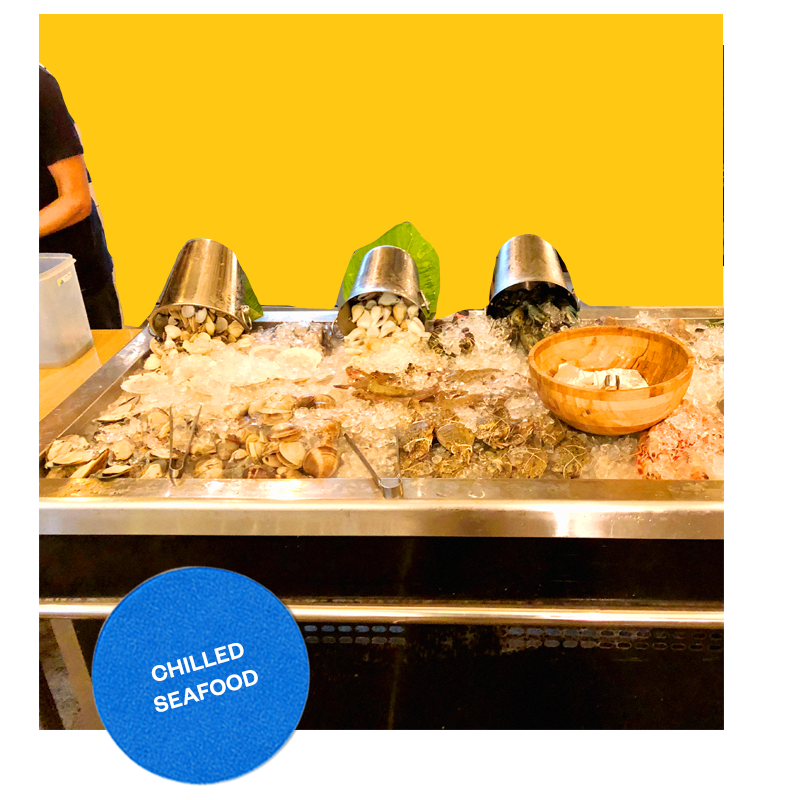 The process of getting your food was a mess and the whole operation had a ramshackle vibe to it. Basically, it’s all DIY. Get what you need from various tables: plates, foil, drinks, ice, soup stock… and sort yourself out.

The buffet sections are casually arranged with no concept or flow apart from “Nah… food.” There was a central section of cooked dishes under heated lamps. Against the walls, various chest freezers with all sorts of meat cuts lurking within. If you know hotpot places, or even Seoul Garden, the meat will look familiar – mechanically shaved curled ribbons of raw, frozen meat, or mountains of the stuff soaked in dark, sweet marinades. 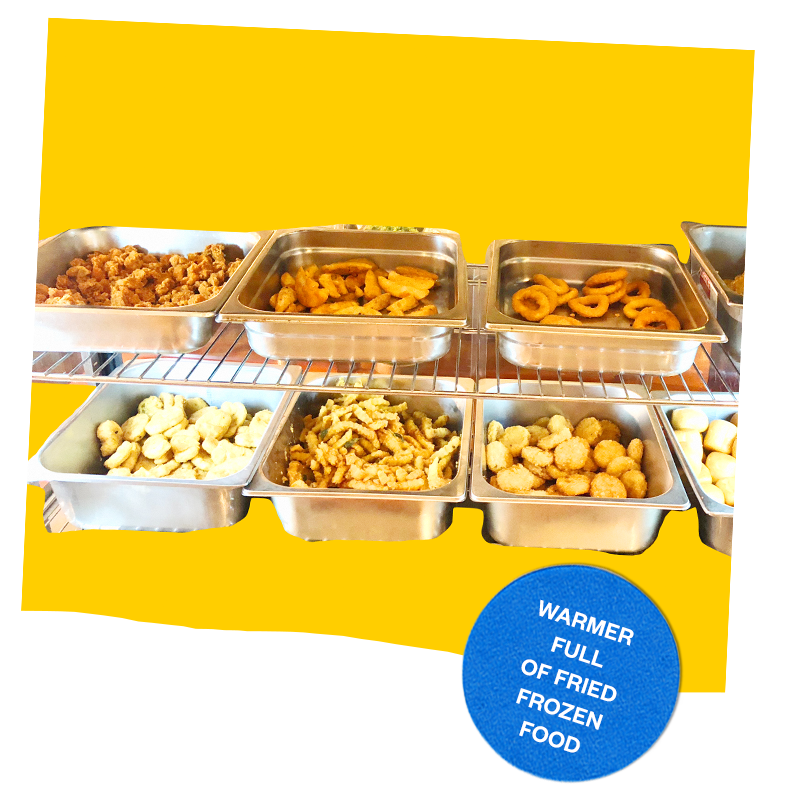 We approached the central cooked-food island and tried to make the best sense of it. There were… battered deep-fried mushrooms, nachos, and har cheong gai. A section of pasta cups and then Indian food. There were two lonely pizzas which we assumed were Pizza Margherita as they had no other toppings on them apart from cheese. No one touched the pizzas for the duration of our meal.

Did we mention the live station that sprang to life occasionally? One moment it was teppanyaki beef cubes, the next, cheesy mini beef burgers. There was also a shelf-warmer of frozen fried food – nuggets, chips, onion rings, mantou… see picture. On the far side, there was yet another chilled display filled with all sorts of seafood, and next to that, a live prawn tank with tongs for you to snap up your own fresh catch. To us, it looked pretty unkind as the diners jabbed and hunted the critters round the tank, but to them, “kiapping” your own live prawn seemed to bring immeasurable joy. 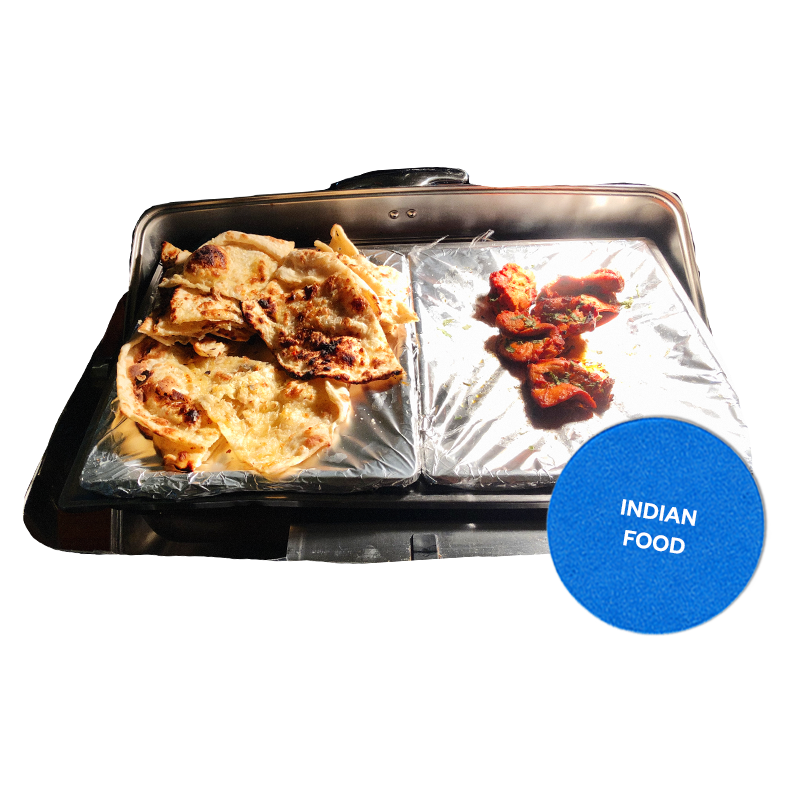 We got a bunch of meats and settled down to cook it on a little piece of aluminium foil over the coals in the pit in the centre of our table. This really had East Coast Park BBQ vibes to it, in the least encouraging way.

Our hotpot had two chambers of soup, one tasted a bit more seasoned than the other, but both had the power to highlight the amazing, clean flavour of plain, hot water. This was a new experience for us. This was not a soup stock per se, it was a recipe for a brine completed ¼-way before the cook shuffled off to play with his phone and forgot about his task entirely.

On a return trip to find more things we wanted to eat, we spied large flying ants doing a merry jig on some cooked pork belly. Man. If variety is the spice of life, then 3 Peacocks is all the variety needed for a stomachache. Everything was suspect! 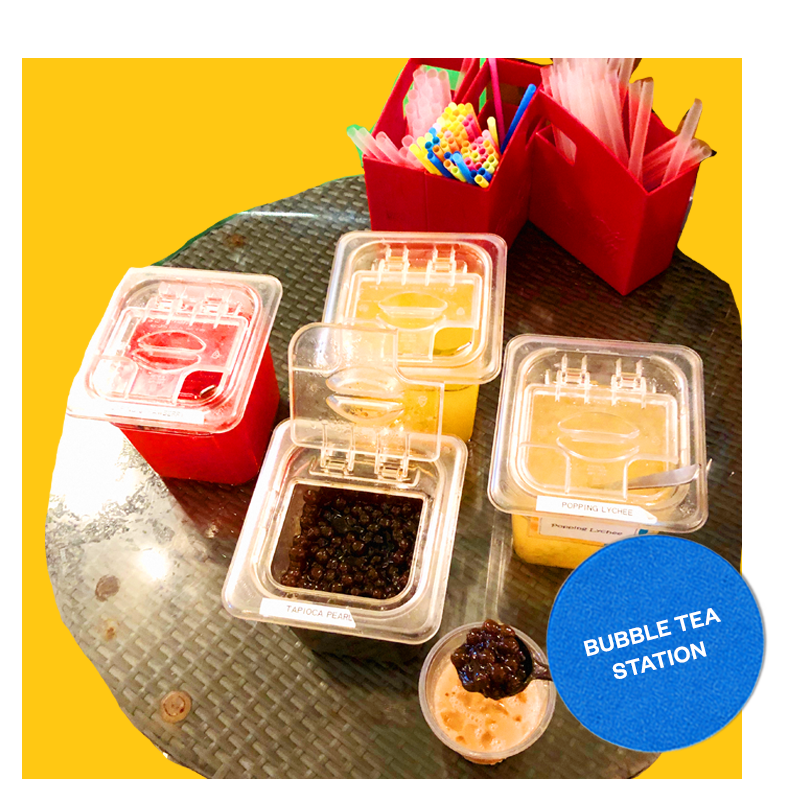 We soldiered on for as long as we could. We tried as much as we were willing to from the buffet, but the food on offer tasted of pure indifference. We have eaten better at funeral wakes. The meats didn’t have neither the taste nor texture of meat, or were dramatically over-seasoned. We tried to enliven the meal with condiments from the side table, but after 40 minutes of trying very hard to evoke deliciousness, we looked at each other and decided to give up. This was not for us.

3 Peacocks is an experience not worthy of any stars. Nothing was worth the money paid. It was crap.

But as a counterpoint, on a Monday night, the place was filled with people happily eating away… Most seemed to be here for the bottomless seafood buffet and were cooking their food in a relaxed fashion while having a catch-up. If no one was here for quality food, they were definitely gathered for the conceptual joy of boundless choice and wanton casualness. And simply because of the mental escape that this place seemed to provide everyone around us, we award it ONE wing.

But for the rest of us looking to eat happy food, please look elsewhere.

P.S. In a last ditch attempt to bring the evening to an interesting end, one of us decided to end the evening with a drink of bubble tea. (YES! We know! Weird! We had to try.) After figuring out what to do – 1. Get crushed ice from the drink section; 2. Walk across resturant to get hot milk tea; 3. Scoop bubbles; 4. Stir – we took one suck and spat it out. The pearls were mush; it was all wrong. Cannot lah. Really cannot. Jialat.

Great for:
NS, Sports team-type gatherings. If you like to grill your own seafood while gossiping with friends.

Same-same but different:
At this level, we’re stumped.