10 Types Of People You See At Marquee In case you missed it, there is a new Marquee in town. No, not that big big tent that houses the Geylang Serai market (although that too, is technically a marquee)…

Marquee (stylised as MARQUEE) is the first Asian outpost of a mega-club owned by the TAO Group. It’s housed in Marina Bay Sands, and, having taken over one of the theatres, is now the biggest club on the island. And if you’re the kind of person who enjoys noisy parties in crowded rooms, it’s apparently really, really fun! It’s also the place to see and be seen, so naturally we went, we saw, and here are some of the party peoplez we spotted: 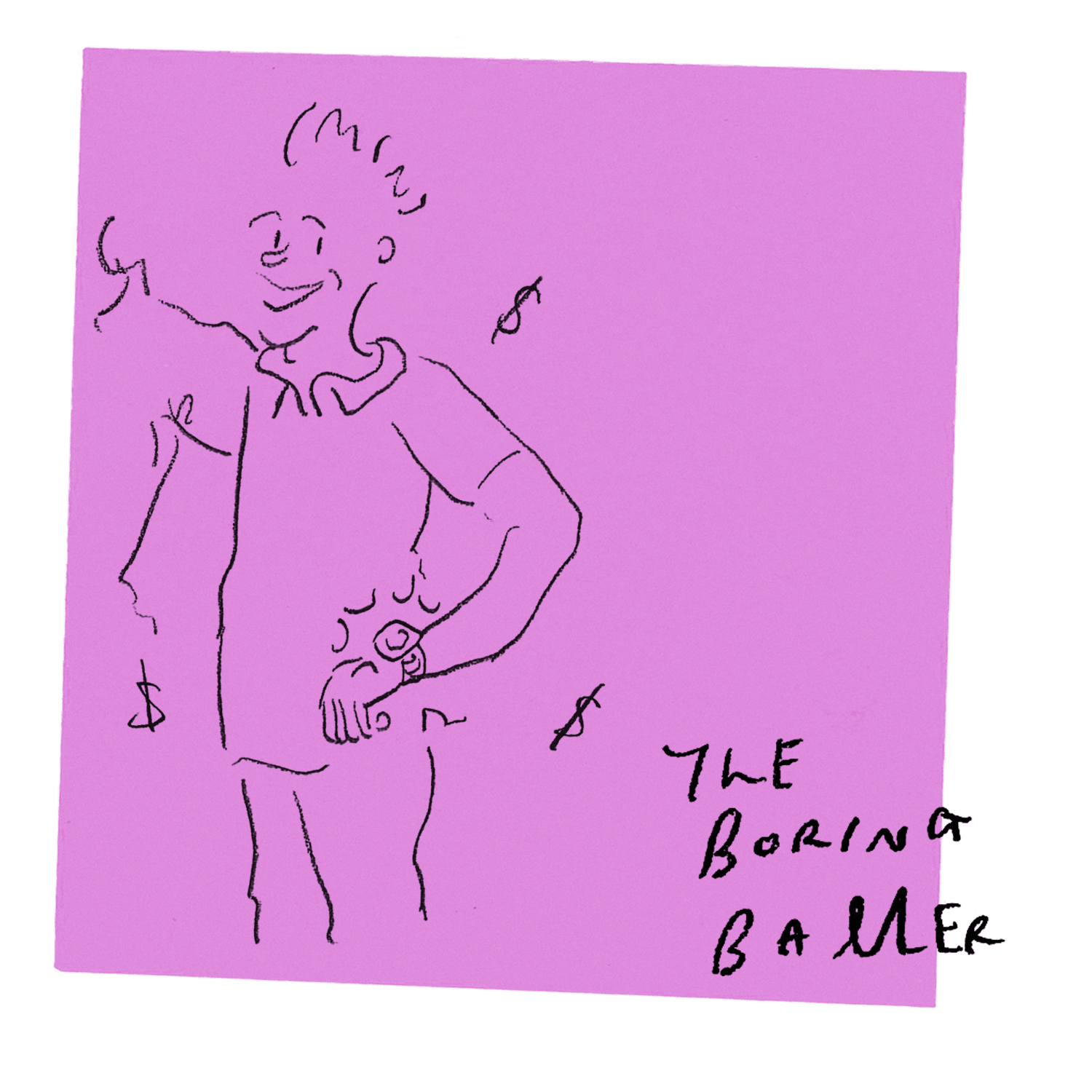 The Boring Baller
If you want to know where the real money is in this joint, don’t look at your well-heeled modelizers and finance bros. Look for the nondescript man who is quietly yet confidently rocking a Hush Puppies polo t-shirt with a Patek Philippe watch! Why he so no effort? Why he look so normal? ‘Cause he got ffffffffffreaking a lot of money, lah!

With his boring hair, boring clothes and boring glasses, The Boring Baller is easy to overlook in this sea of younger, flashier people, but if you look close enough, you’ll find all the signs of mega-wealth – including handmade Italian leather sneakers (in keeping with his low-key “man of the people” vibe), an Hermes wallet, and basic jeans from some obscure denim brand that’s too expensive for you to have heard of.

This elusive Croesus might be hard to spot, but actually he’s easy to find. Just follow the champagne train. 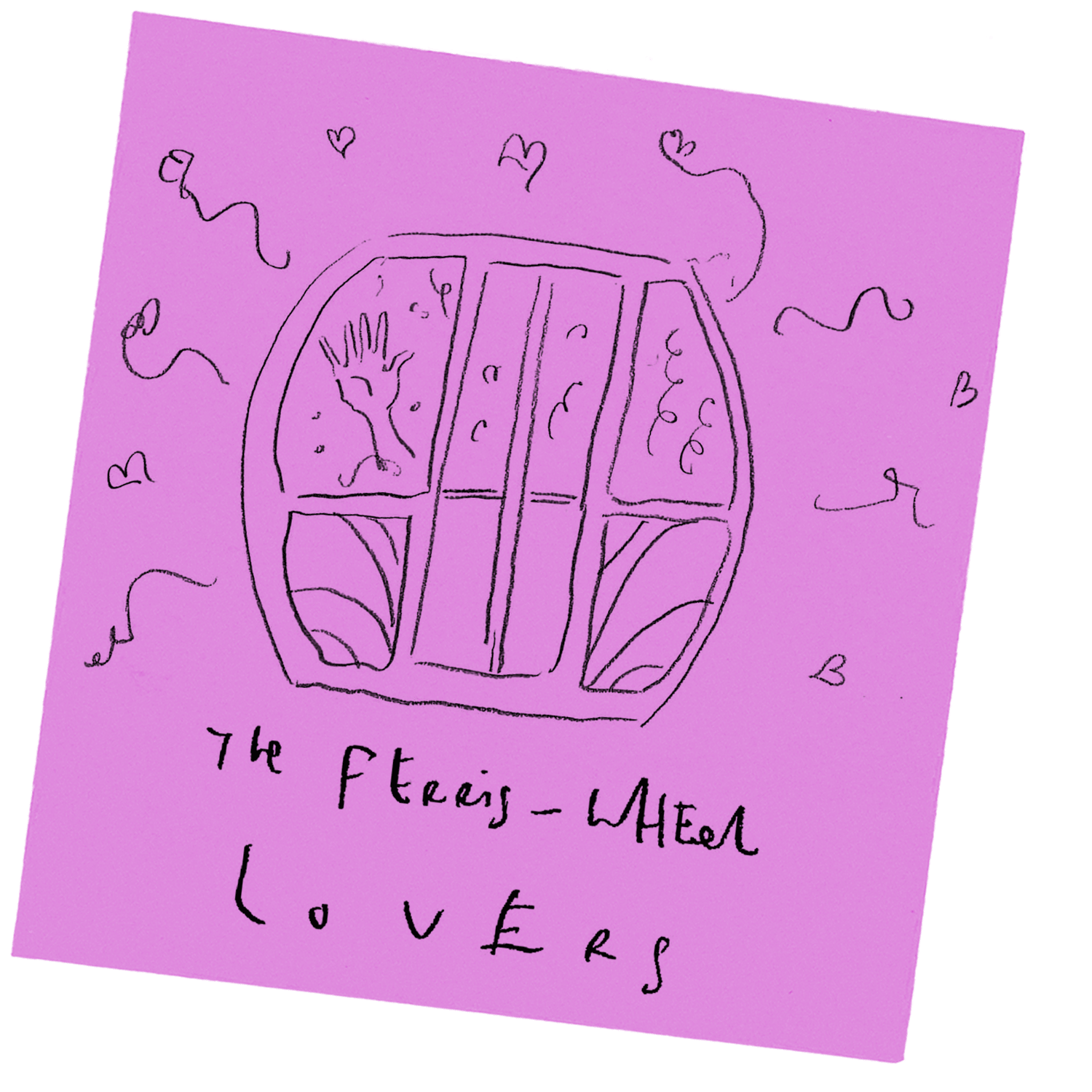 Yup, the grinding couple that went viral shortly after Marquee first opened are not the only ones! Why are we not surprised. If you find yourself in the queue for the club’s 21-metre-high Ferris wheel, please be warned that there will be canoodling couples aplenty. In fact, there are so many paramours pawing each other on the ride that one wonders why Marquee chose to dub this feature “The Big Q”, instead of the very obvious “The Big O”. 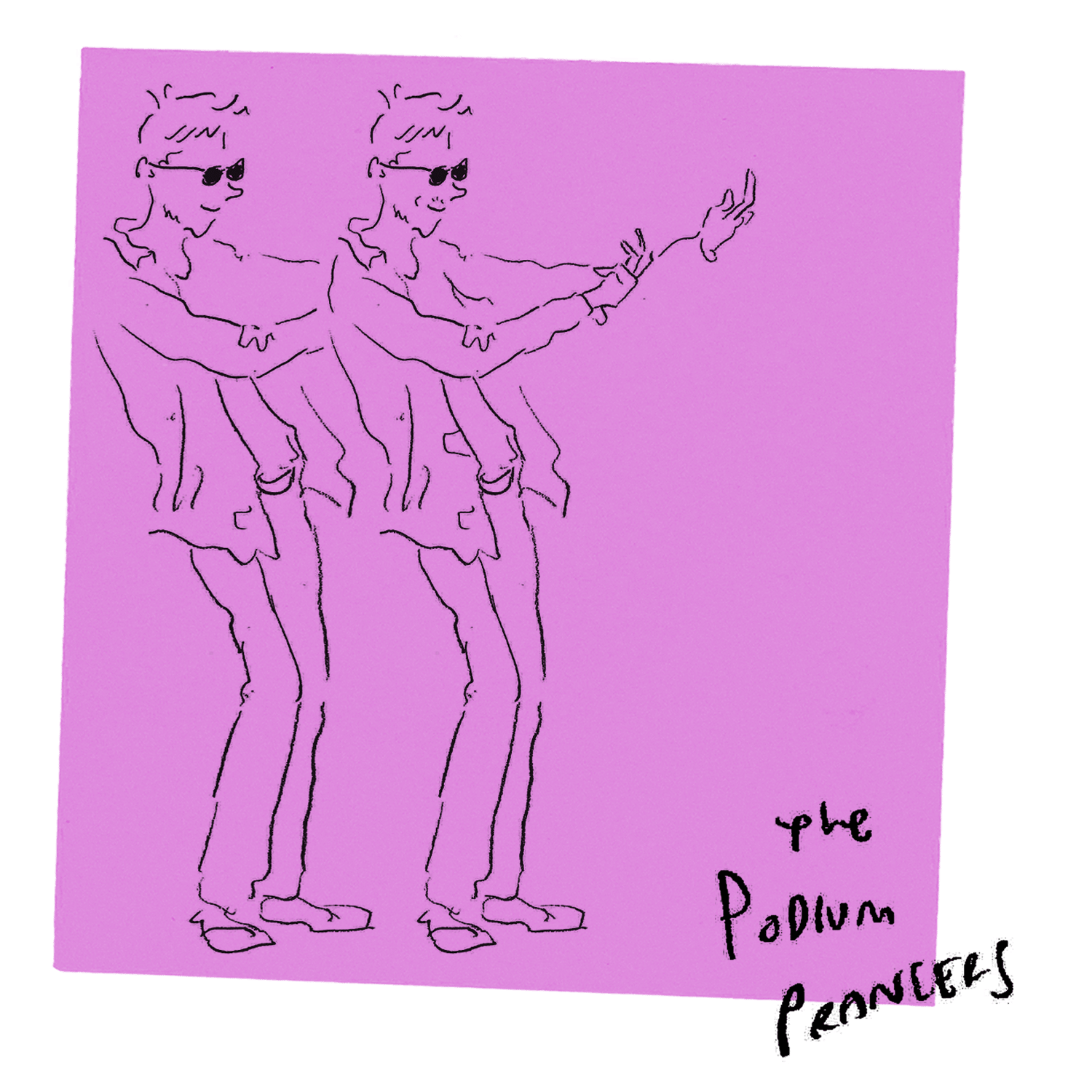 Such are the levels of revelry in Marquee that there are people dancing on top of every. available. surface. Tables and sofas are all commandeered for the purpose of gaining a literal head’s up on the sea of writhing bodies below. Not only does this effort require some level of exhibitionism, but it’s also a very primeval power move – “I am above you, and therefore, I am better! This is my ‘podium’ and, here, I prance!” 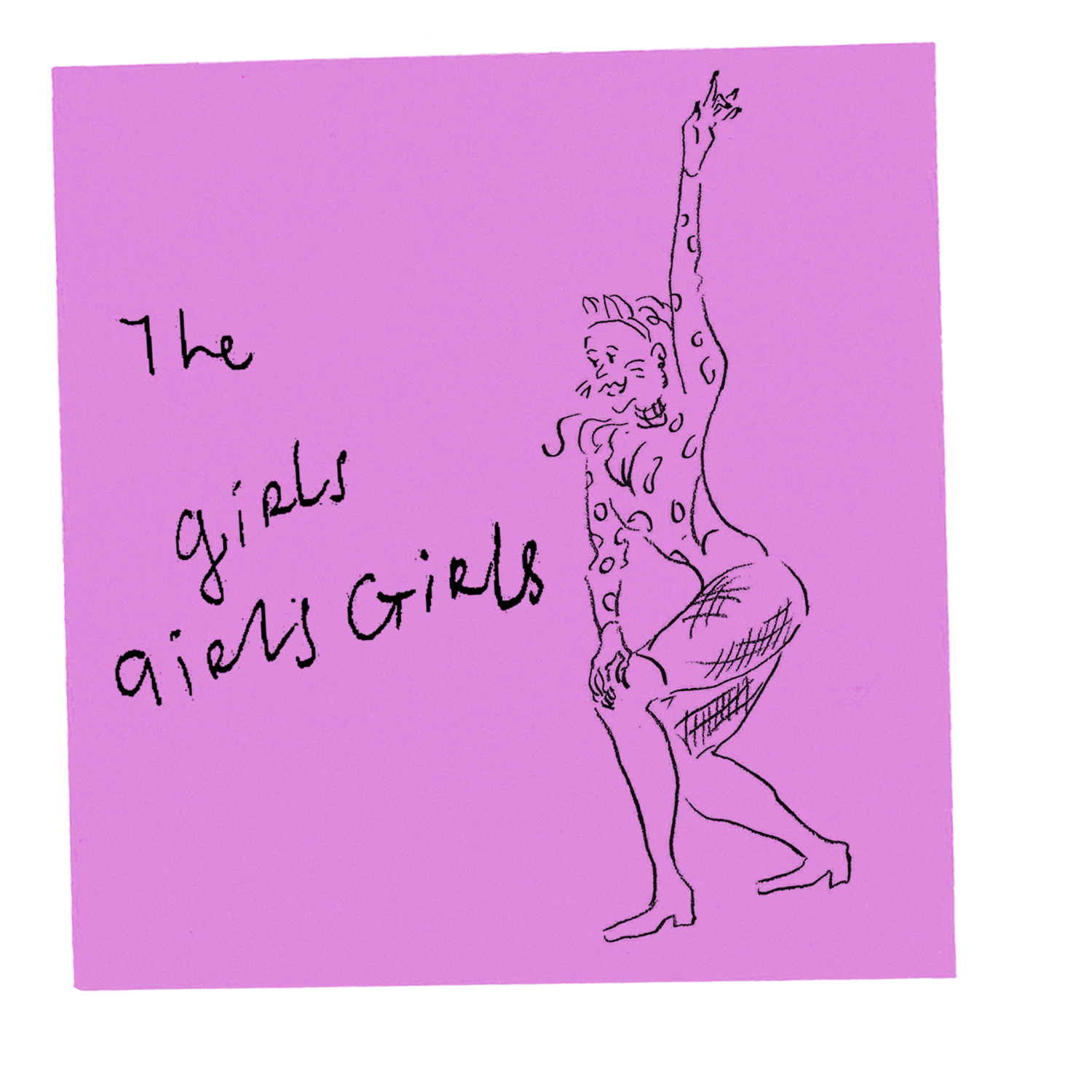 Real podium real estate, however, goes to the Girls Girls Girls! Marquee has plenty of them – an ever-rotating crew of dancers who professionally wiggle and jiggle and shimmy and sashay endlessly throughout the night. Because somehow it’s not a party unless six to ten scantily clad women are performing hip rotations and body waves at a wearyingly callisthenic level to the beat? 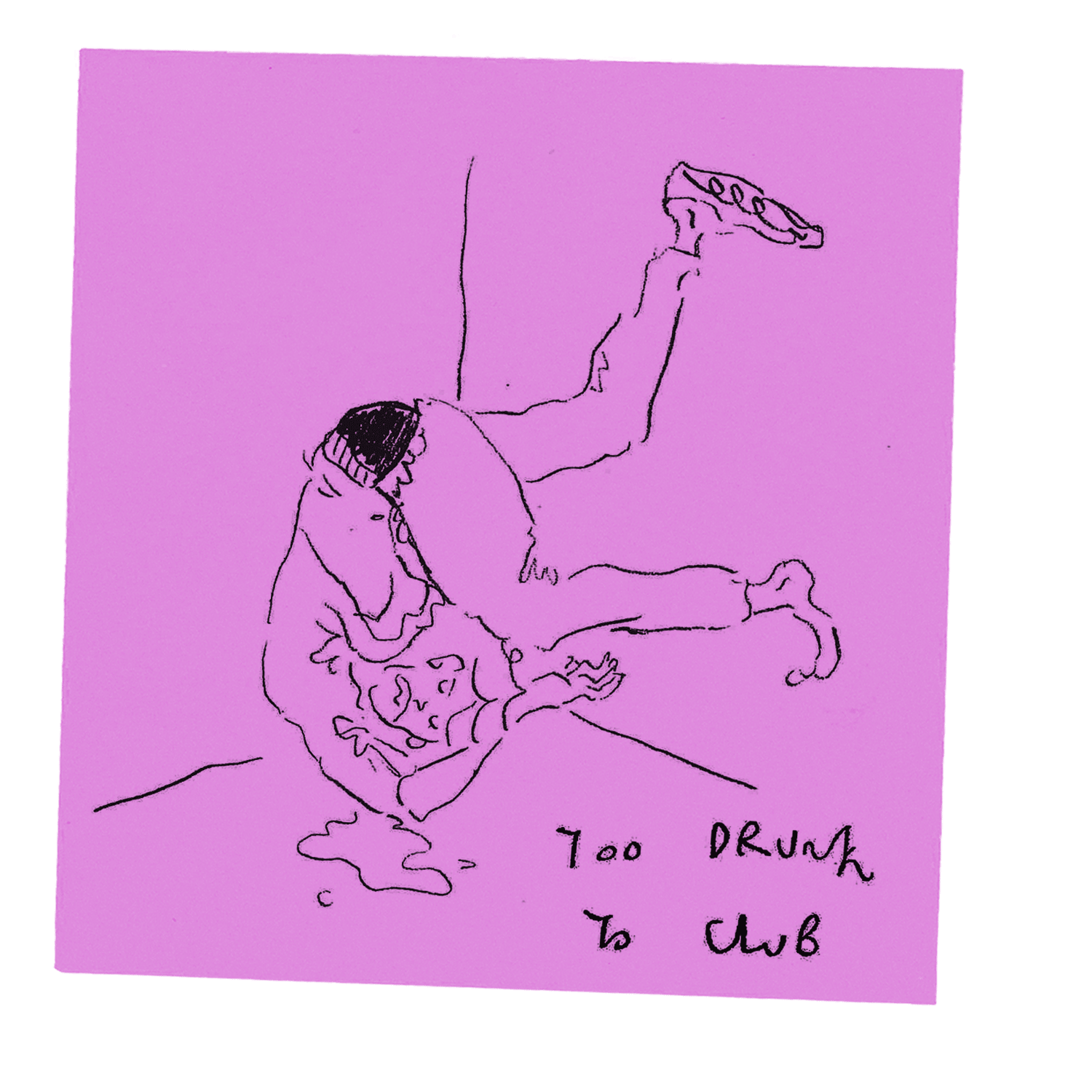 For all that Marquee seems built for excesses of debauchery, it appears that the club does still have its limits. As proof, witness the sad souls who are all slumped outside the club, entry denied because they pre-gamed way harder than they should have. Apparently, there is such a thing as Too Drunk To Club. 🙁 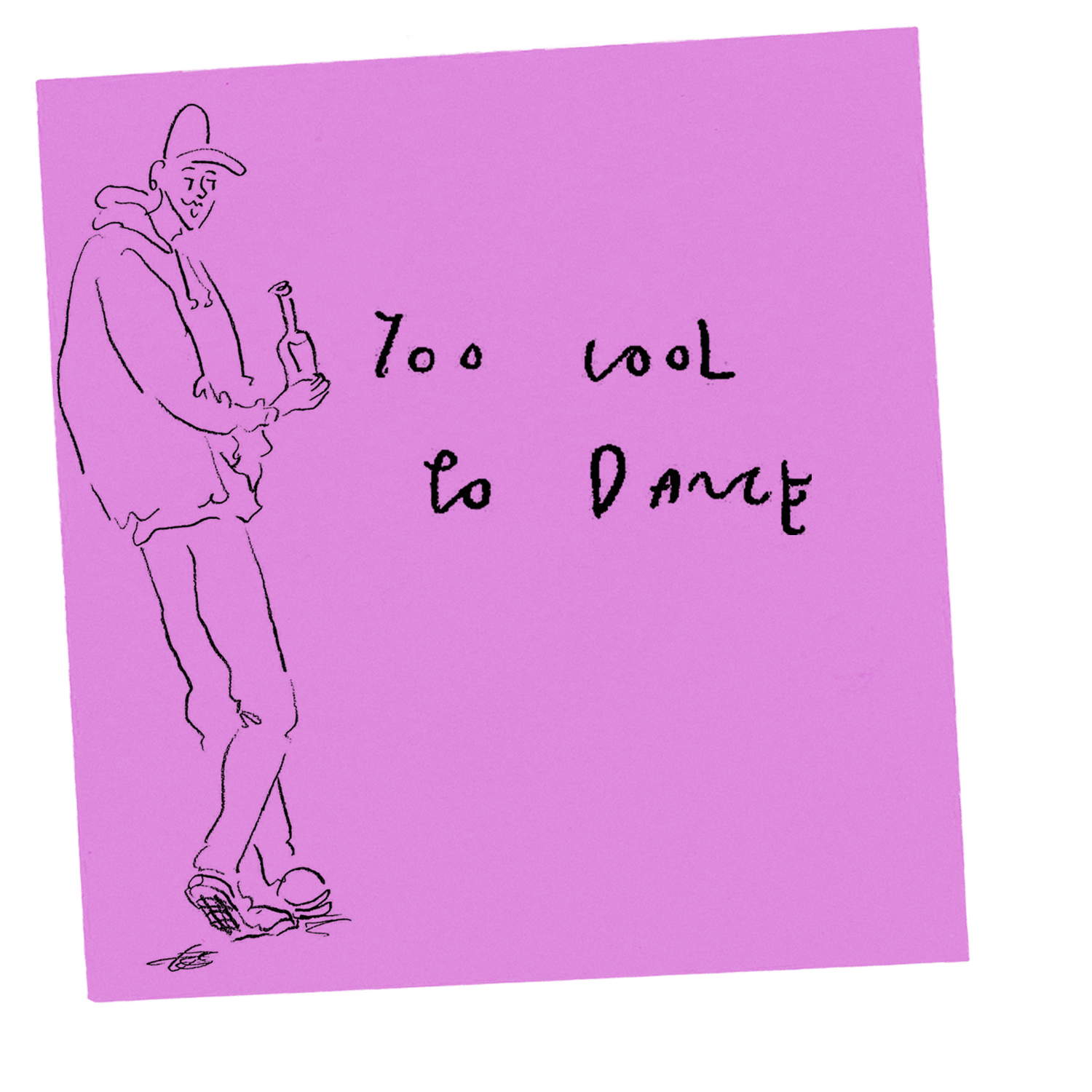 Conversely, there are the ones who’ve made it inside the club, but – for reasons unknown only to them – don’t seem to want to be there. See them slouching in the farthest corners of their friends’ booth or casually sloped over the railings, furiously thumbing through Instagram or other “stuff that’s just more interesting than being here”. It takes significant effort to be so persistently unimpressed, but that’s what you get when you’re Too Cool To Dance. 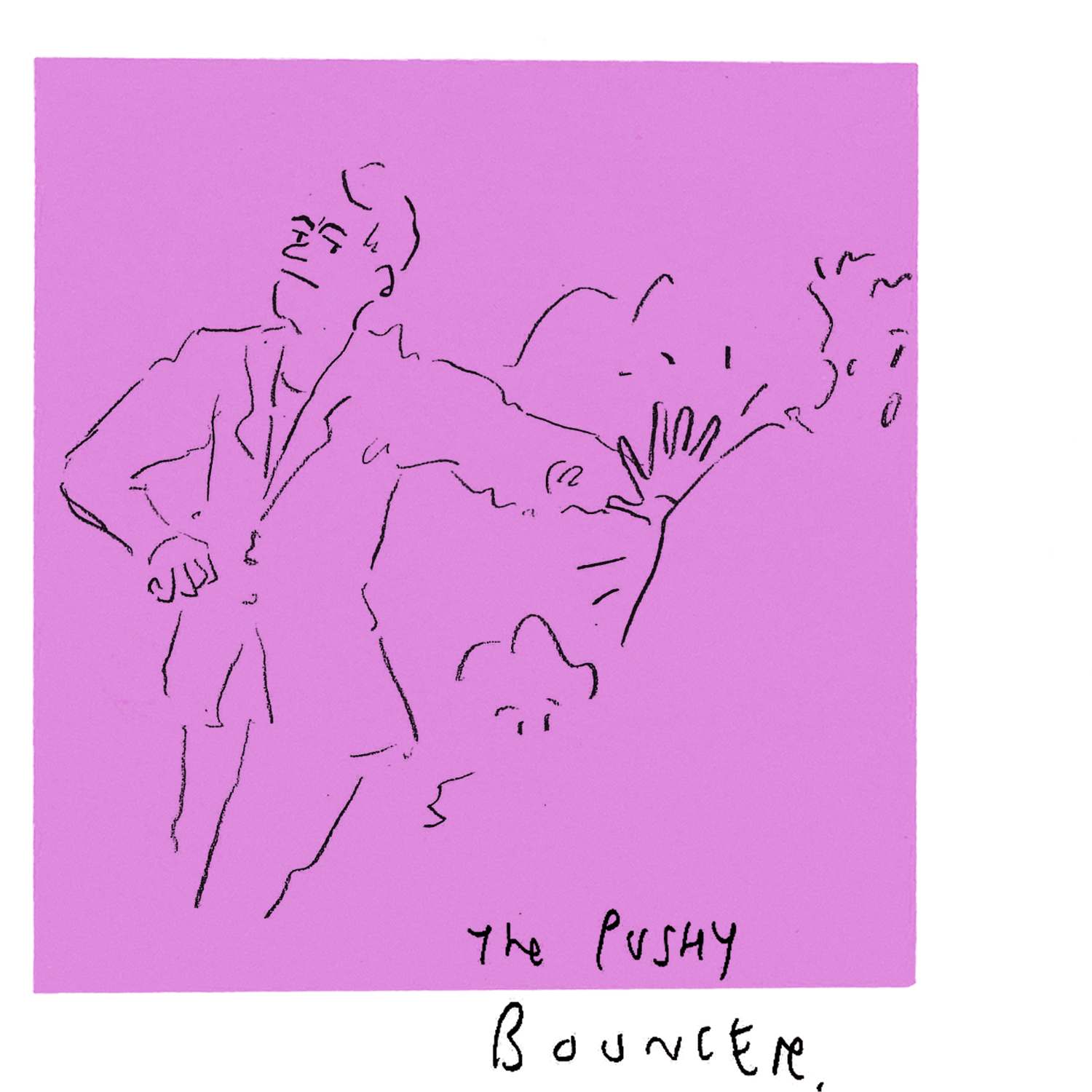 These are the ones whose job it is to safely ferry VIPs across the crowded rooms. Arms outstretched, with facial expressions firmly set somewhere between “aggressively determined” and “perpetually pissed off”, they force their way through the mess of human bodies on the dance floor, constantly shouting as they go. Better get out of their way because (a) this job can’t be fun, (b) they’re bigger than you and (c) you’re just a nameless nobody and they’ve got rich people a.k.a. WALKING TIPS to take care of, bro. 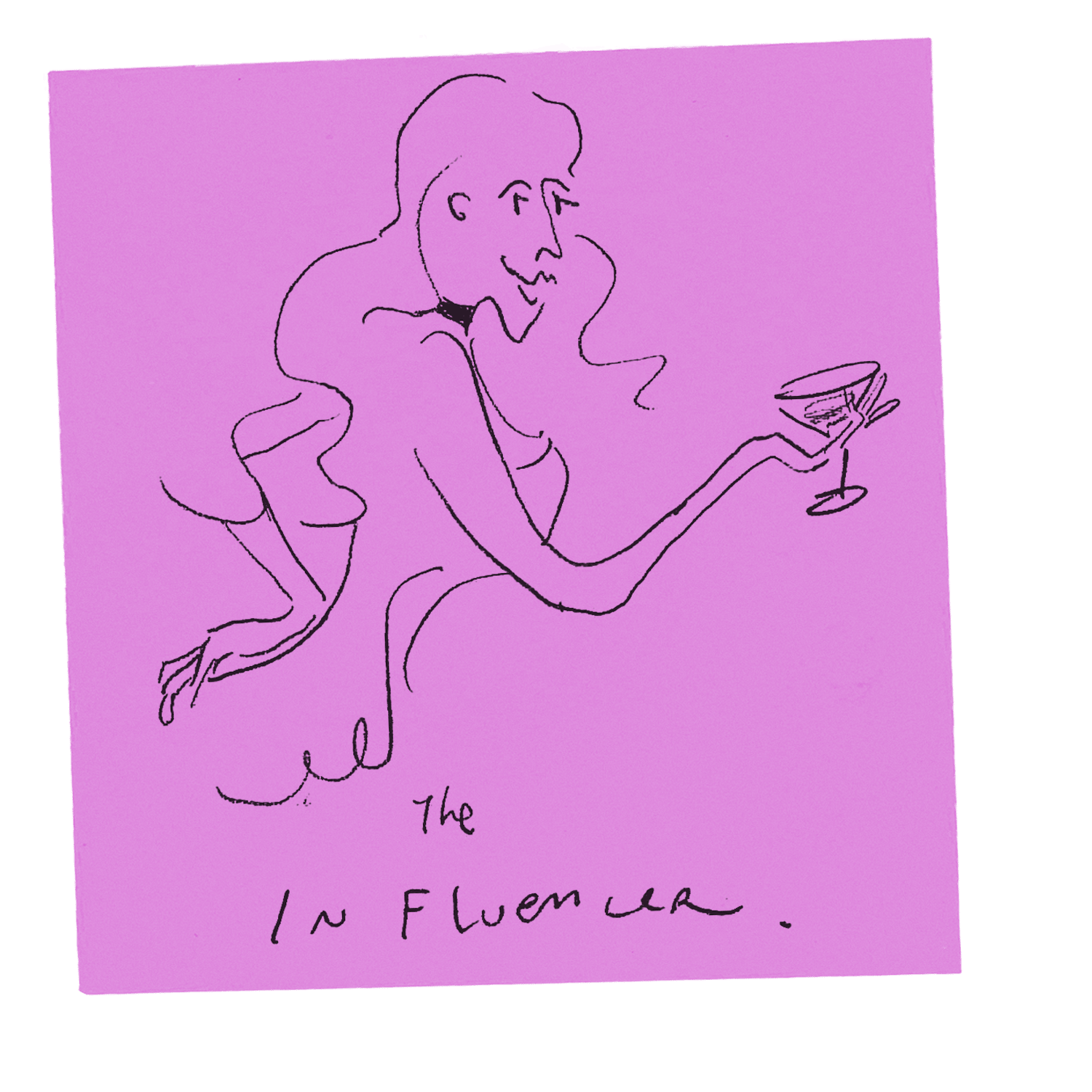 I.e. the ones who get their own special reserved booths and a bouncer to shove a clear path through the crowd for them. 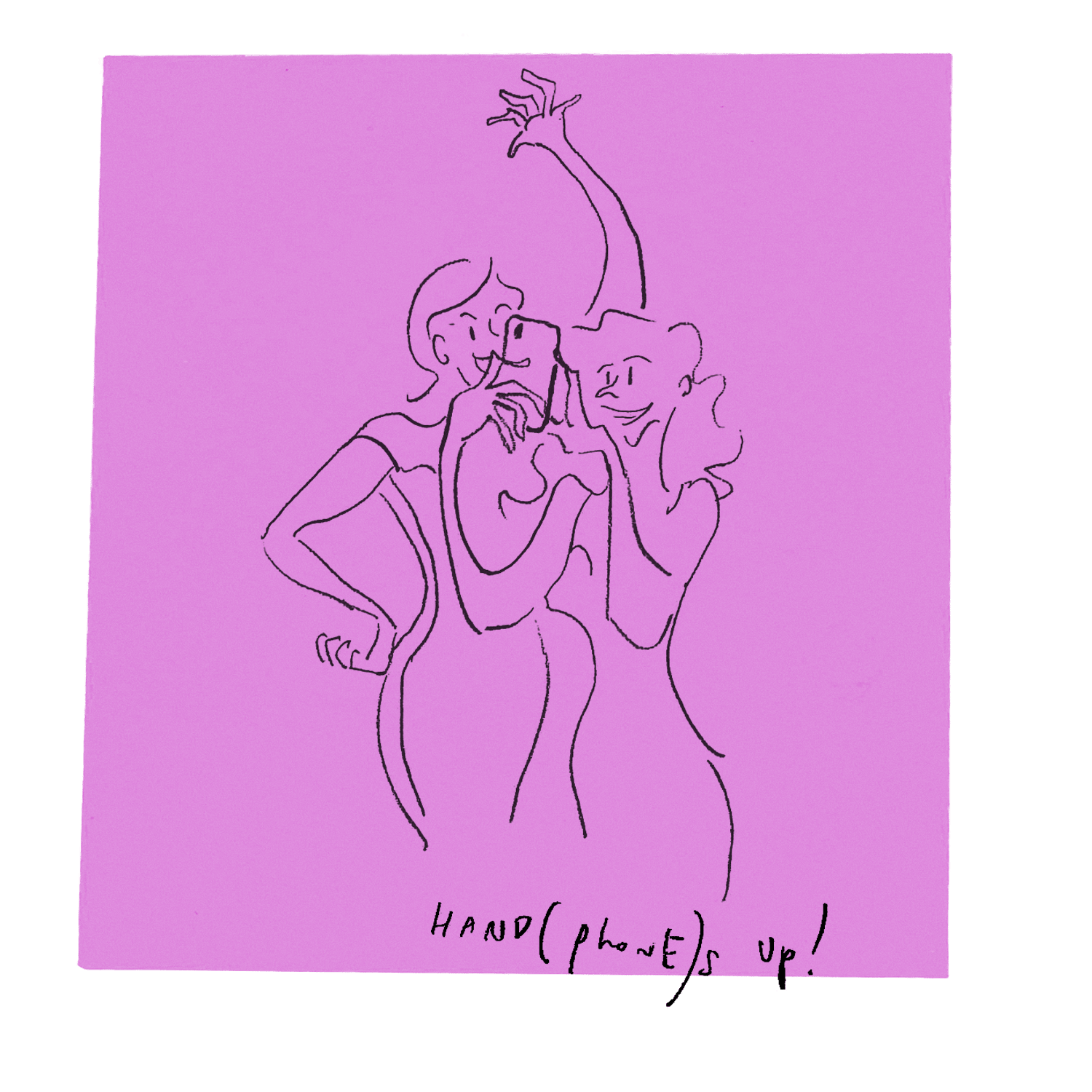 These days the clubbing experience is as much about the social media validation as it is about the time-honoured traditions of getting f-ed up and moving around clumsily to music. Everywhere you look, it’s handphones, handphones, handphones! Do these people understand the concept of live entertainment? Or is it all about IG Storying your appreciation of the DJ acts? Put down your screens, people! Be in the moment, goddammit! Pfft.

And if you are of the demographic that remembers the days when clubbing was a phone-free experience, then you are… 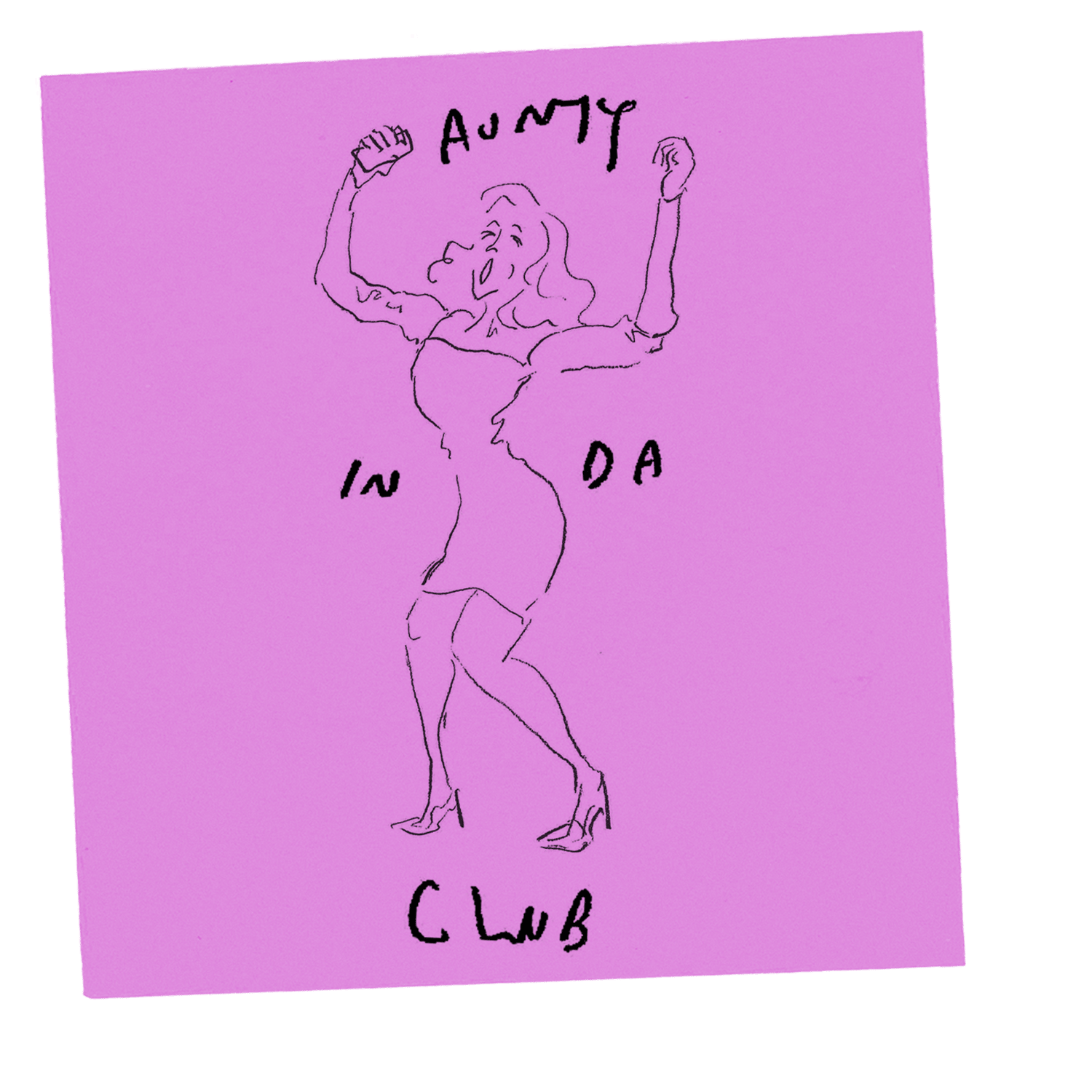 The Aunties and Uncles In Da Club

A.k.a. Anyone in there that’s over the age of 30. They in da club. They gon’ party like it’s their birthday. And they don’t give a f-ck it’s not their birthday! Commonly found in the corners of the room, away from the tumble of the main crowd, screaming at their friends “HA HA HA YOU SEE THIS AH LIAN” while waving around Marquee foam light sticks. They’ve still got it – or as much “it” as that bum knee/hip/back will allow. Bless.

Have something to add to this conversation? Let us know your thoughts at [email protected]