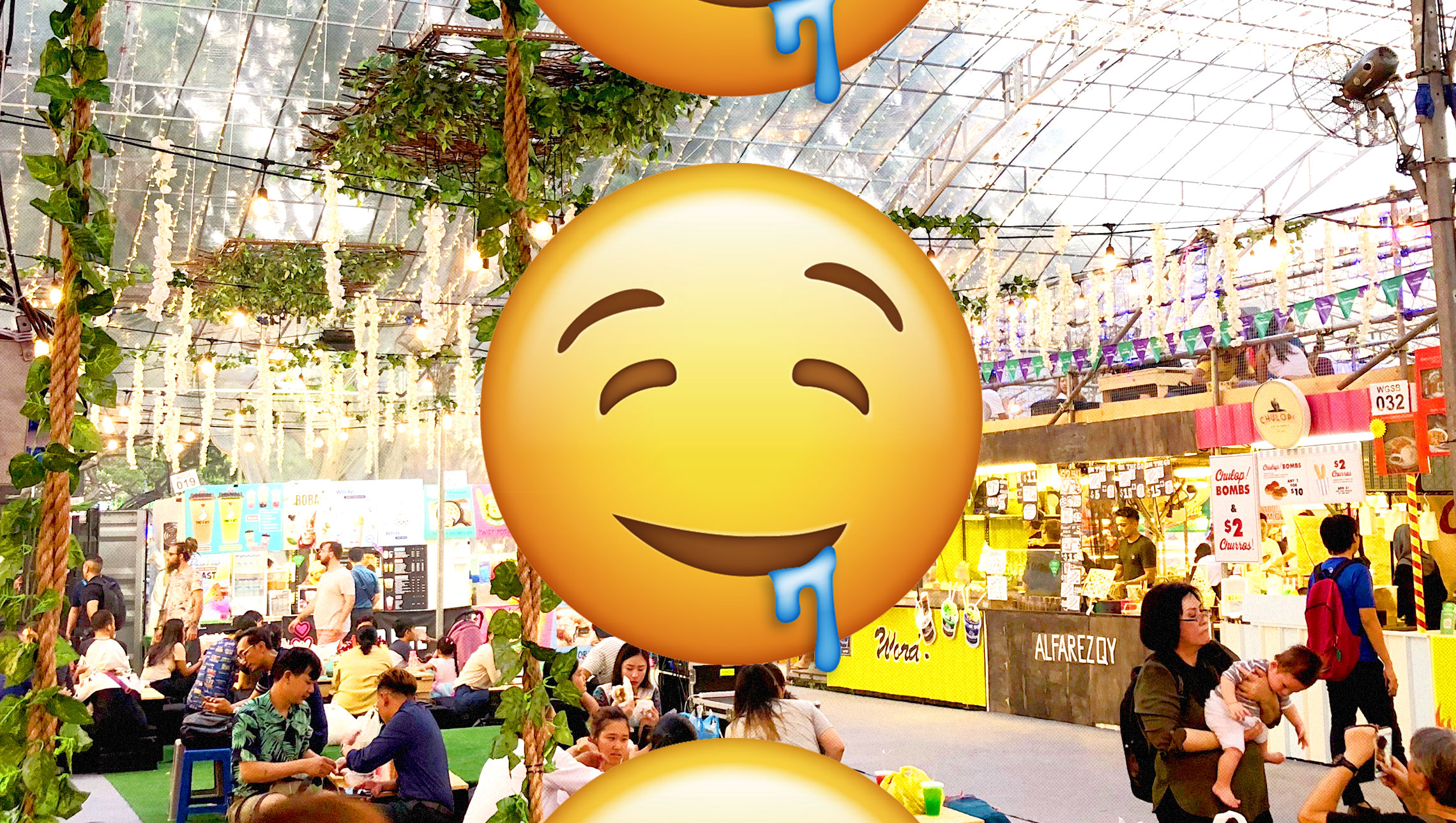 The 2019 edition of the Geylang Ramadan Bazaar is here again, and if you’ve never been, it’s a huge temporary market with a massive footprint that winds around every available open space in Geyland Serai. Quite baller.

While the market is set up to cater for Raya preparations: essentials like new clothes, bottles of snacks, carpets (from $39 up) and maybe a new Lambretta scooter, most of the crowd comes for a once-a-year hit of hipster halal food. And this where is where our big caveat comes in: while the bazaar’s wider reputation in recent years has been built on colourful small dishes that are great for the ‘gram, one should always remember – order weird food, get weird food! While we were not brave enough to eat anything rainbow-coloured, we did attempt this year’s must-eat thing… Praffles! Or prata-waffles by Fooditude… A head-scratching thing that’s essentially prata ironed through a waffle-maker.

Ours was served with fried chicken and Japanese curry; while impressive in size and attractively served in a paper cone, HK-egglet style, it did feel like a dish made from stuff from the freezer, thrown together with little soul. If we’re on the subject of trend-baiting foods, the Mutton Keema sliders from Bombay Sliders and Ondeh Ondeh churros by Loco Loco were better, and the White Rabbit candy milk drink from Take A Bite succeeded as a drinkable version of the iconic sweet.

But this bazaar is over-run with crazy food, and while highly Instagrammable, you can also start to understand why there has been a slight push back online against these gimmicky dishes, to call for more traditional snacks.

So worth checking it out? If you’ve never been, then yes, the makeshift nature and the sheer size of the market makes it feel like a quick trip out of Singapore. It’s also nice to see everyone chilled and milling about under the massive tents, which are bedecked with enough fairy lights to give the Orchard Christmas light up a run for its money. In short, it’s festive lah!

1) We are told that if you want to check it out, do it in the next two weeks before the crowds get more hectic.
2) Weekday evenings are best.
3) If you are there to eat, do so at the bigger tents around the fringes and not at the two central tents, as most vendors have multiple outlets and it gets unreasonably hot and stuffy in there.

JUNK verdict: Go if you can, but if not, there will always be next year!