Not egg-cellent. Quite the opposite. Garbage 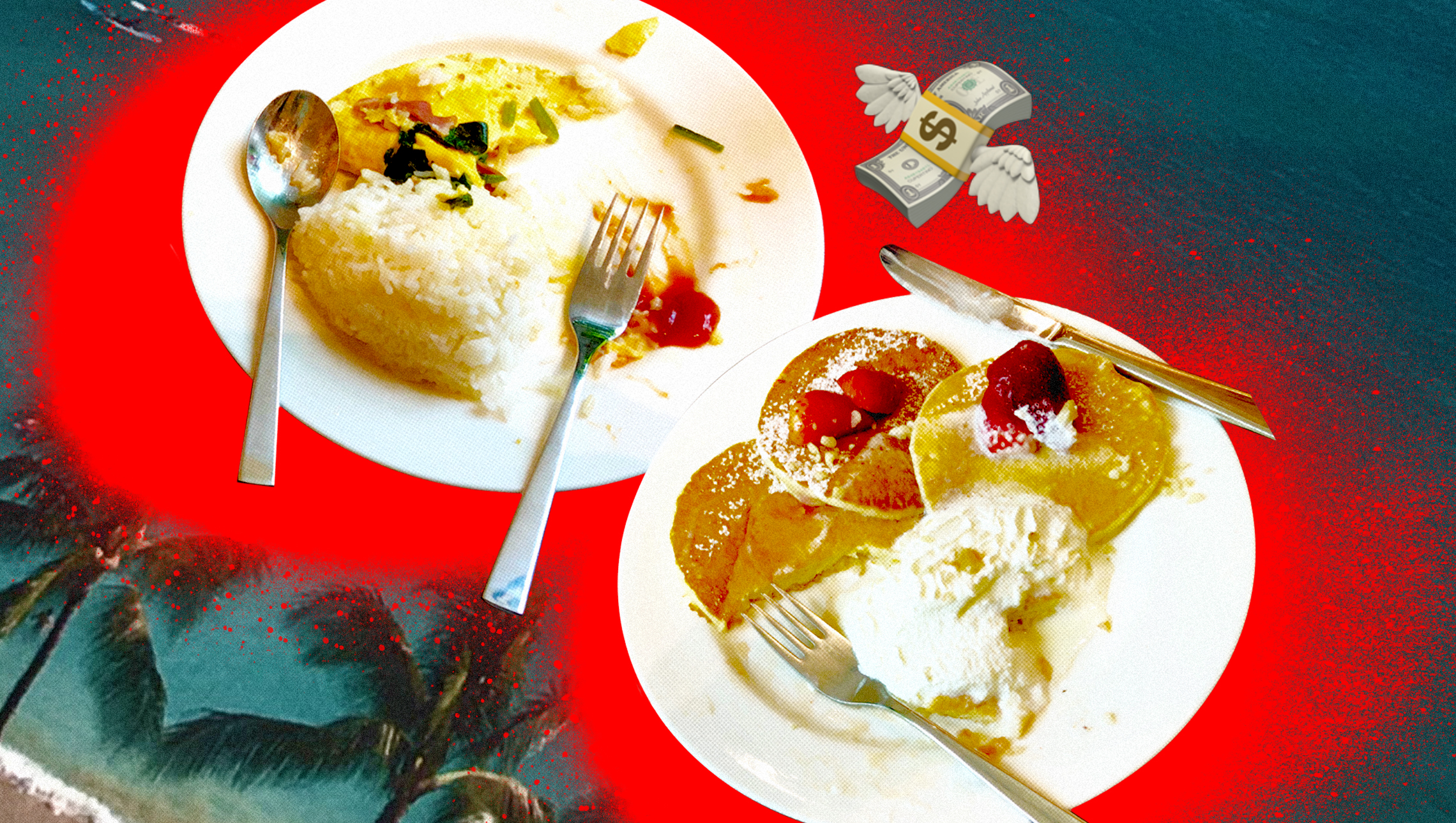 Singapore may be small, but we are inundated with choice when it comes to eating out. Sometimes, this can lead to the first-world problem of CHOICE(!) ANXIETY(!!). If, like us, this leads you to becoming a sad creature of habit who keeps eating at the same old places, check out our bite-sized JUNK food reviews for what you should be eating next. (Or not!) 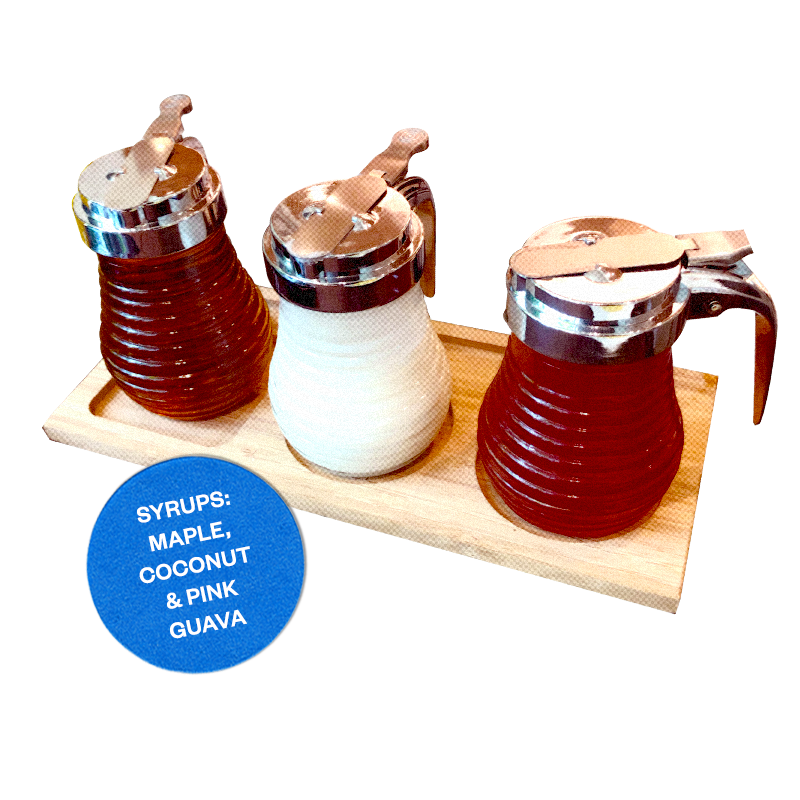 We have always been intrigued by Eggs ‘n Things. It’s an especially big deal in Japan, where the queue to the place seems endless. But when it arrived here quietly in 2017, it got very mixed reviews, spanning from one to five stars. All suspicious.

With their branch at Jewel just open, we decided to slip in and have a go – after all, this is an up-your-game outlet.

We ordered what they are reputed to do well, eggs and pancakes.

“By the way we don’t have chicken… or milk… today.”

Okay… We had to work through this, so no milkshakes… Fine. We were recommended the Spinach and Bacon Omelette, and we asked for a side of potatoes to go with.

“We also don’t have potatoes.”

This was getting silly. “Okay, we will have the rice.” 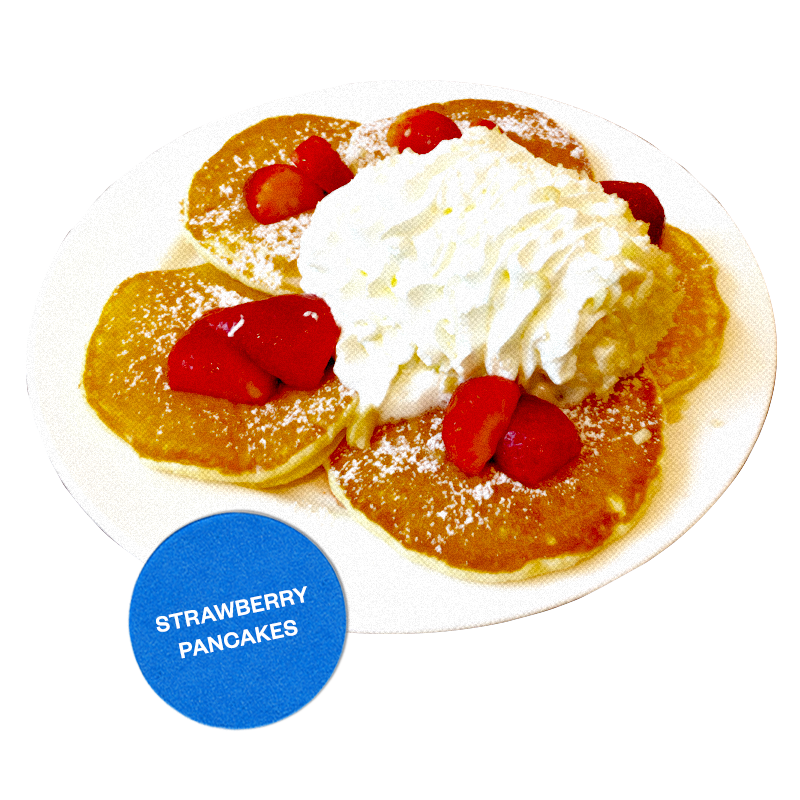 The pancakes arrived almost looking exactly like the picture in the menu, with a gratuitous tower of light cream that looked pretty fun. We were also presented three syrups to accompany our pancake party: maple, coconut and pink guava. Interesting.

The pancakes yielded to our knives in a familiar, promising way, yet felt like mush to eat. We have eaten better. The cream tower also collapsed quickly, leaving us with a rather sad (and rude) looking plate of food.

As for the syrups… we like a good coconut gimmick, but goddammit the coconut was unbearably sweet – think incredibly artificial-tasting coconut condensed milk that could barely be poured out of the pitcher. We were almost inspired to take our tops off and slather ourselves in it, and go tanning at the Canopy Garden upstairs.

We snapped out of it and tried the pink guava – one lick of that stuff and we were sent straight to a Body Shop factory. It was so intensely sweet and aromatic, we wanted to wash our hands with it. Overall, a very odd pancake experience and too fake to finish. We pushed the half-finished plate aside.

So okay, the pancakes were a bust, but now on to the eggs: The place is called Eggs ‘n Things, after all. Our eggs arrived soon after the pancakes were served. Just looking at the dish filled us with dread. It was a pale, lifeless rubbery disc of egg, resting on some rice. We peeked under the eggs and found some carelessly tossed-in smoked ham and par-cooked spinach. More dread.

What looked so dead and uninspiring was worse when we had a bite. This is badly made food that has been completely under-seasoned. But also, this is also cooking that seasoning can’t save. Our food felt like it was made without any oil or salt and only with the heat of a microwave oven.

We can’t even think of anyone who can cook this poorly at home!

So why come to this place, order this and be close to $40 poorer? Actually, don’t. We were willing to overlook the fact that they seemed to have run out of (basic!!!) ingredients, but that’s not the issue. The food here is just terrible. Terrible enough to get no wings. A first for us. There seem to be fundamental problems with this restaurant.

A sad outpost for the brand.

Same-same but different:
Army rations, but even those taste better.