Have u-bin to the new New Ubin? 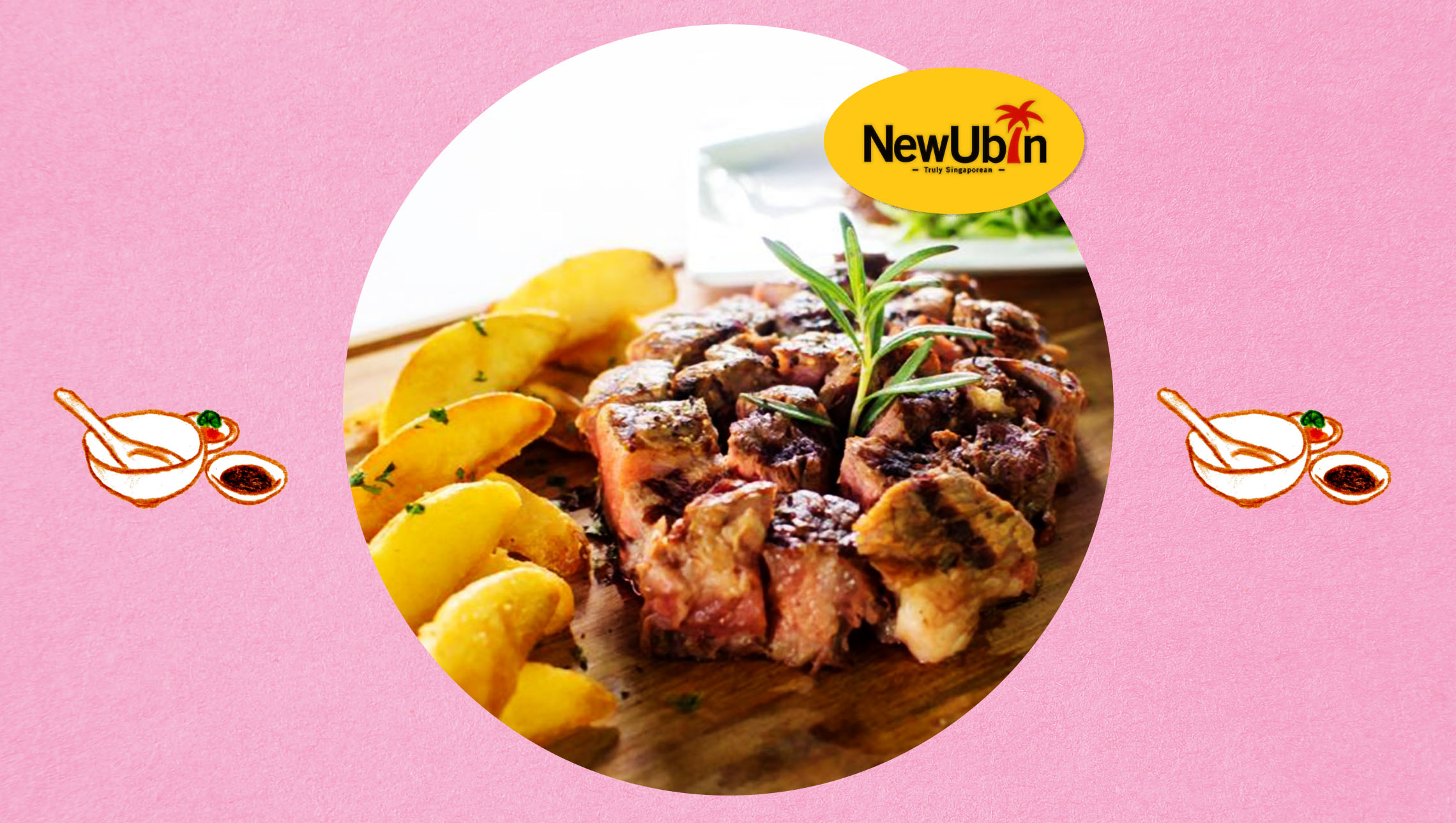 Singapore may be small, but we are inundated with choice when it comes to eating out. Sometimes, this can lead to the first-world problem of CHOICE(!) ANXIETY(!!) If, like us, this leads you to becoming a sad creature of habit who keeps eating at the same old places, check out our bite-sized JUNK food reviews for what you should be eating next.

As good as it gets, but can feel a bit OTT with runaway ordering. 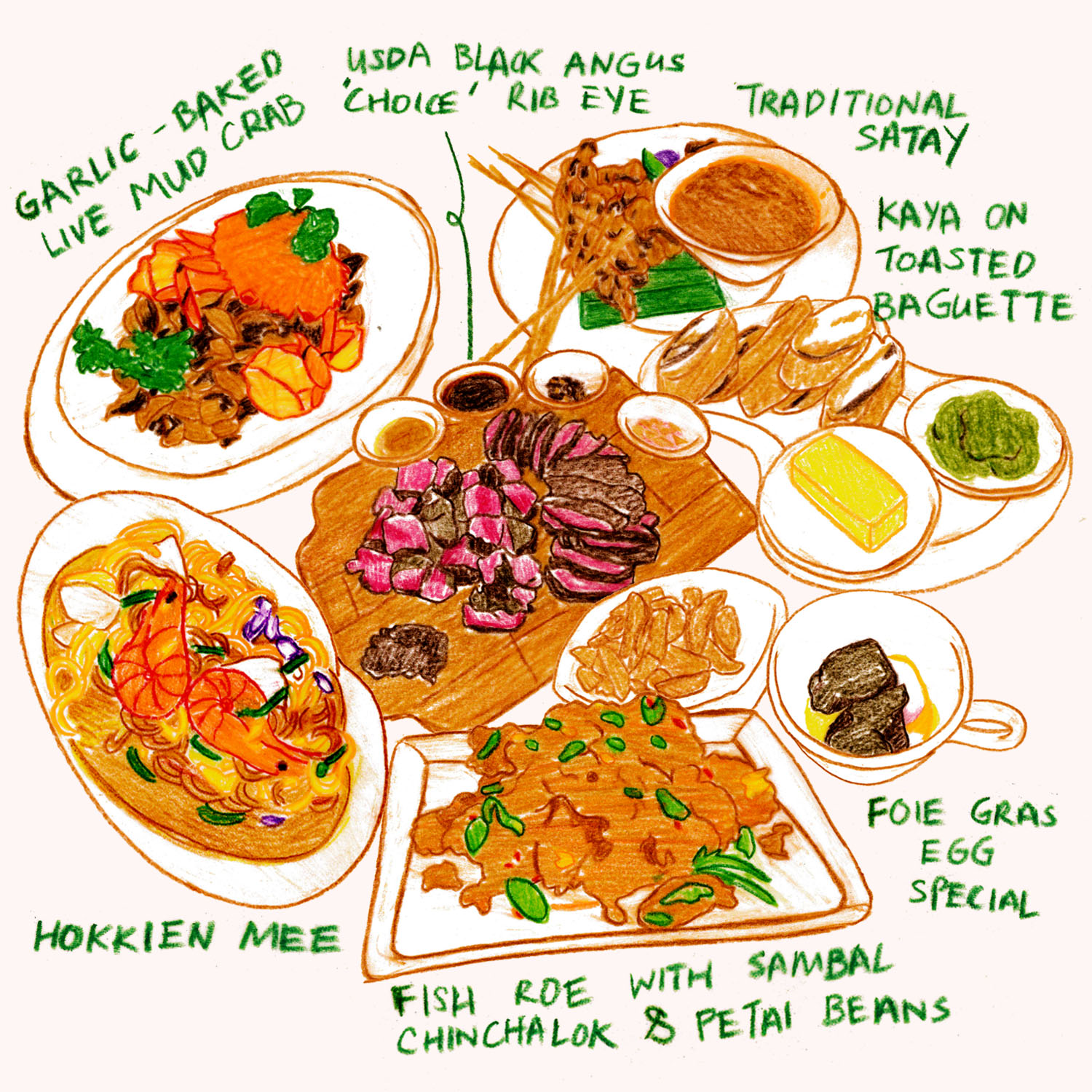 Not heard of New Ubin? From under which rock have you crawleth?

New Ubin has been a reliable tze char destination for decades, with its USP being that it is the most jiak kantang-influenced on the local tze char scene. It features a menu where the chefs have subtly taken BBQ and other Western techniques and ingredients to give their local dishes a gastrnomic flourish; Smoke infused meat and seafood seems to be their cornerstone.

The outlet we dined at was located in the tidy environs of the first floor hotel restaurant of The Ramada by Wynham, at Zhongshan park on Balestier road. The hotel is a nondescript glass box on one end of a larger than usual complex of buildings centred around two large banyan trees in a manicured park; Really sounds romantic, but this is Balestier Road, take a look around at the surrounding buildings and you snap out of it immediately. Charming, but it feels out of place.

Atmosphere has been a key component of the New Ubin experience and the outlet that captured people’s imagination the most, was the one they had in Sin Ming, where the restaurant had a laid-back “distressed, ramshackle hut” feel, meters away from rundown car workshops. Legit. Their follow-up was a curious outlet at the staff canteen of the modernist icon that is the Lam Soon building in Hillview, an utterly left-of-centre dining space with a secret, back-of-house vibe – hipsters jizzed in their pants. This on the other hand, felt… entirely mass-market, modern China business hotel, if you would. OK, so what, we’ll get over it. Setting that aside, the more important question was… had the food changed?

Thankfully not, and we are happy to report the dishes we had were consistent with the ones that we recalled eating before. If anything, the consistency was perhaps the most reassuring thing about the whole meal.

This time round, happiness was found in the Hokkien Mee Special, with its intense yet smooth seafood stock base, slices of pork belly and nuggets of crunchy fried pork lard. The Boss Bee Hoon – a carb-bomb of rice vermicelli, dark sweet sauce and aromatic wok-hei – was the dish we gobbled down at the rate that our chopsticks skills would allow. And the Garlic Baked Crabs possessed a light, garlicky smoke that did not overwhelm the sweetness of the crab meat.

Surprise dish was the Fried Fish Roe with Sambal Chinchalok & Petai Beans – this dish offered up unexpected textures and flavours; the roe being intriguingly fried yet chewy, and the piquant chinchalok being far milder than the thought of fermented prawns would suggest. The one thing to suggest though, and can we be heretics for a moment, is that while the cubed USDA Angus Steak is an iconic dish for New Ubin, there are other equally robust meat dishes to anchor your meal around – the Crispy Pork Jowl comes to mind.

Criticisms? Well, it can be said – given the sledgehammer nature of the dishes, with their boisterous amping of smoke, oil, fat and flavour across the board – that it’s hard to plot a balance as you navigate the menu. Get your mix of dishes wrong and it can feel like you’re eating the gastronomic equivalent of a 90s compilation album of cheesy trance anthems – resulting in one relentless meal of non-stop highs that will leave you breathless, heartburn-y, and probably slightly ashamed. (Even if you did thoroughly enjoy it. We did.)

Good? bad? You’ve been warned, so maybe get an opinion from the staff before you go balls-to-the-wall with your ordering.

Great for:
Overdoing it.

Not-so-great for:
People with dietary issues. You will look on forlornly at everyone else enjoying themselves.