Ducking good? Or just a quack? 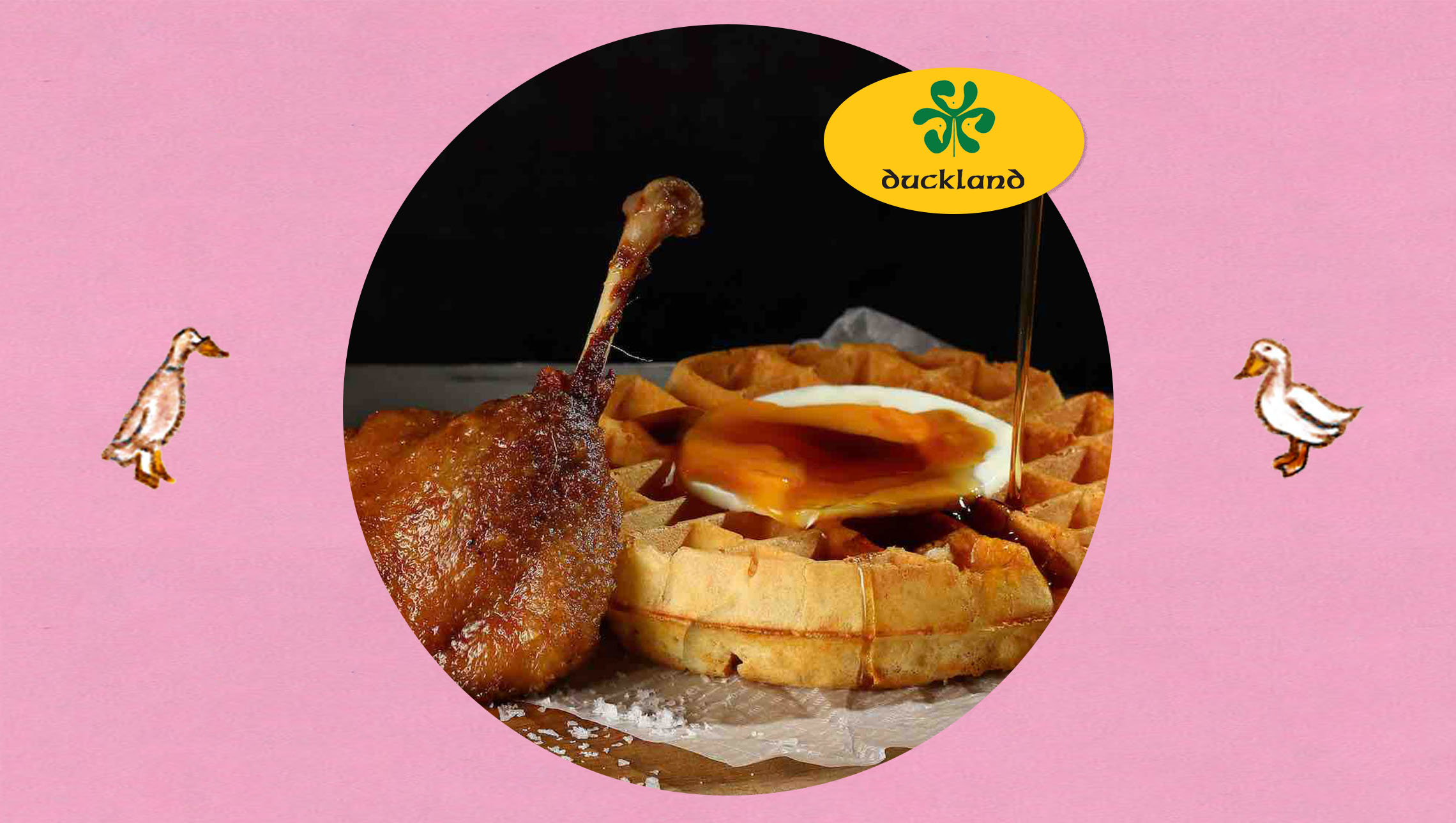 Singapore may be small, but we are inundated with choice when it comes to eating out. Sometimes, this can lead to the first-world problem of CHOICE(!) ANXIETY(!!) If, like us, this leads you to becoming a sad creature of habit who keeps eating at the same old places, check out our bite-sized JUNK food reviews for what you should be eating next.

A world of wonderful duck dishes made from imported Irish ducks. 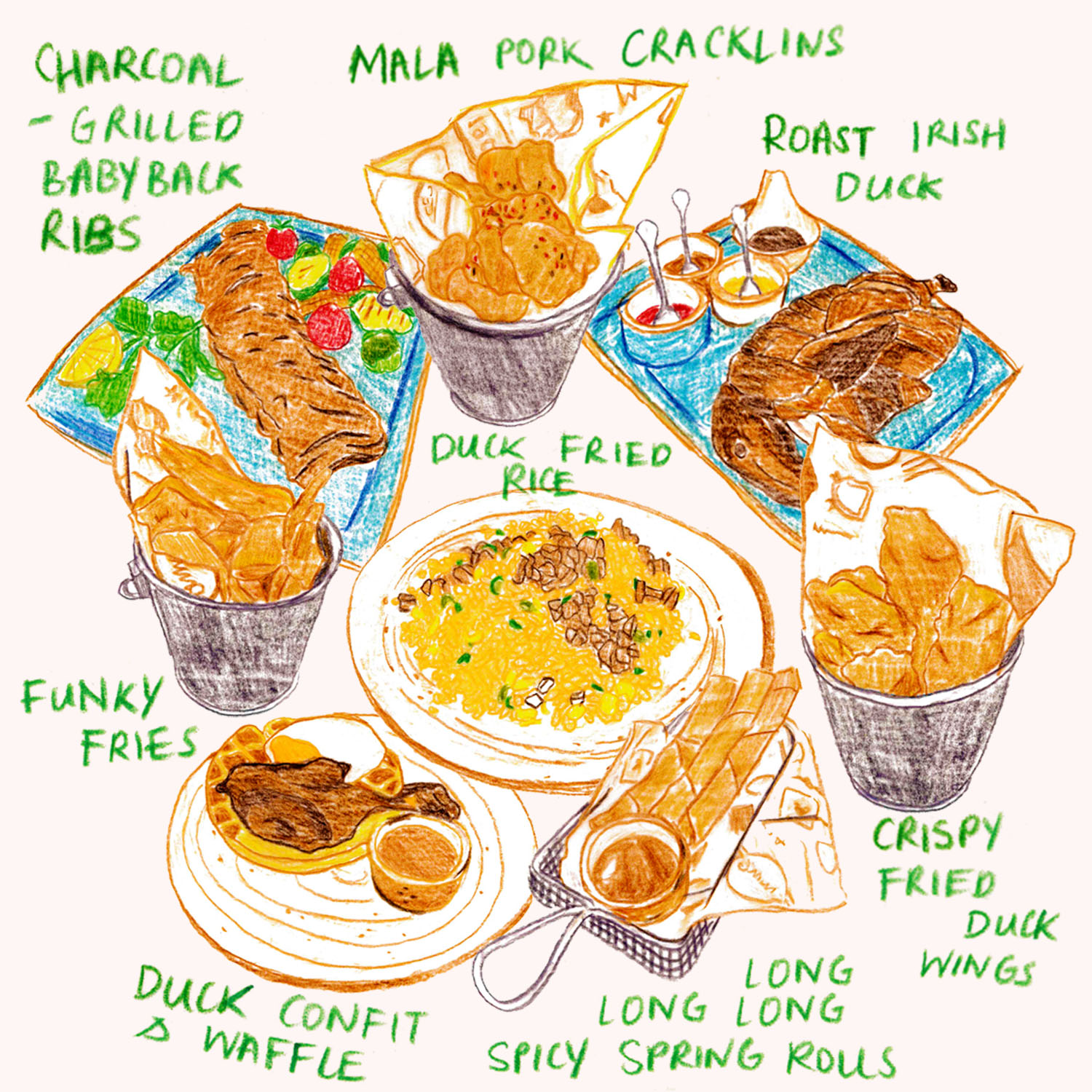 This is one eyebrow-raising concept restaurant, but we can try our very best to sum it up for you: imagine an Irish pub menu vaguely crossed with an English high-street Chinese roast duck joint. And then top it all off with the atmosphere of a brightly lit, mass-market family restaurant… Hmm.

Flipping open the menu, we were greeted with a seductive image of a Cantonese roast duck on a platter. Seemed promising. But thumbing further through, set off our most quizzical faces and narrowed eyes – BBQ Pork Ribs? Irish Lamb Stew? freshly shucked oysters? Duck confit with waffles? Fried Pork Skins? Deep Fried Duck wings… Paté? Duck Fried Rice?… it went on (and on and on).

Uncertainty set in. So we took the plunge and ripped through the menu until we slightly lost track of what we had ordered. When our food arrived…there was largely silence as we ate. The confit of duck served on a crisp waffle felt like glorified fast food; Duck wings are mostly bone so no surprises that the batter-coated duck wings were largely meatless – it felt like an awkward dish upcycled from leftover duck parts. The duck fried rice didn’t have a wok-hei which would have helped it to no end. And the pork ribs were, you know, restaurant pork ribs – passable, but generic. At least the table agreed that the strangely long duck spring rolls had enough sweet spice to be tasty and somewhat memorable… Perhaps it was a blessing that they had run out of the lamb stew.

And what of the roast duck? Fortunately, that was good. But then, we checked with the staff and you can’t keep it simple and order a bowl of white rice to go with a serving of duck even if that was all you wanted – which will frustrate potential customers looking at the seductive, shiny, roasted ducks hanging in the kitchen window. (Which we suspect are plastic…but let’s not go there.)

If we had to be kind, the food we had was competent for a family restaurant, and to be clear, it did not feel like they were trying to sell food that was above their station – even if there were glimpses of the chef’s haute-r aspirations here and there, this being a is a Tung Lok Group joint and all (there were edible flowers in a Singapore themed salad for example…).

Overall, not a complete existential crisis… or at least, we will not dissuade anyone from heading down to give the place a try. Just be prepared to leave with more questions than satisfaction.

Great for:
Families, non-picky eaters, catch-ups with friends, the curious

Not-so-great for:
Having a straightforward meal