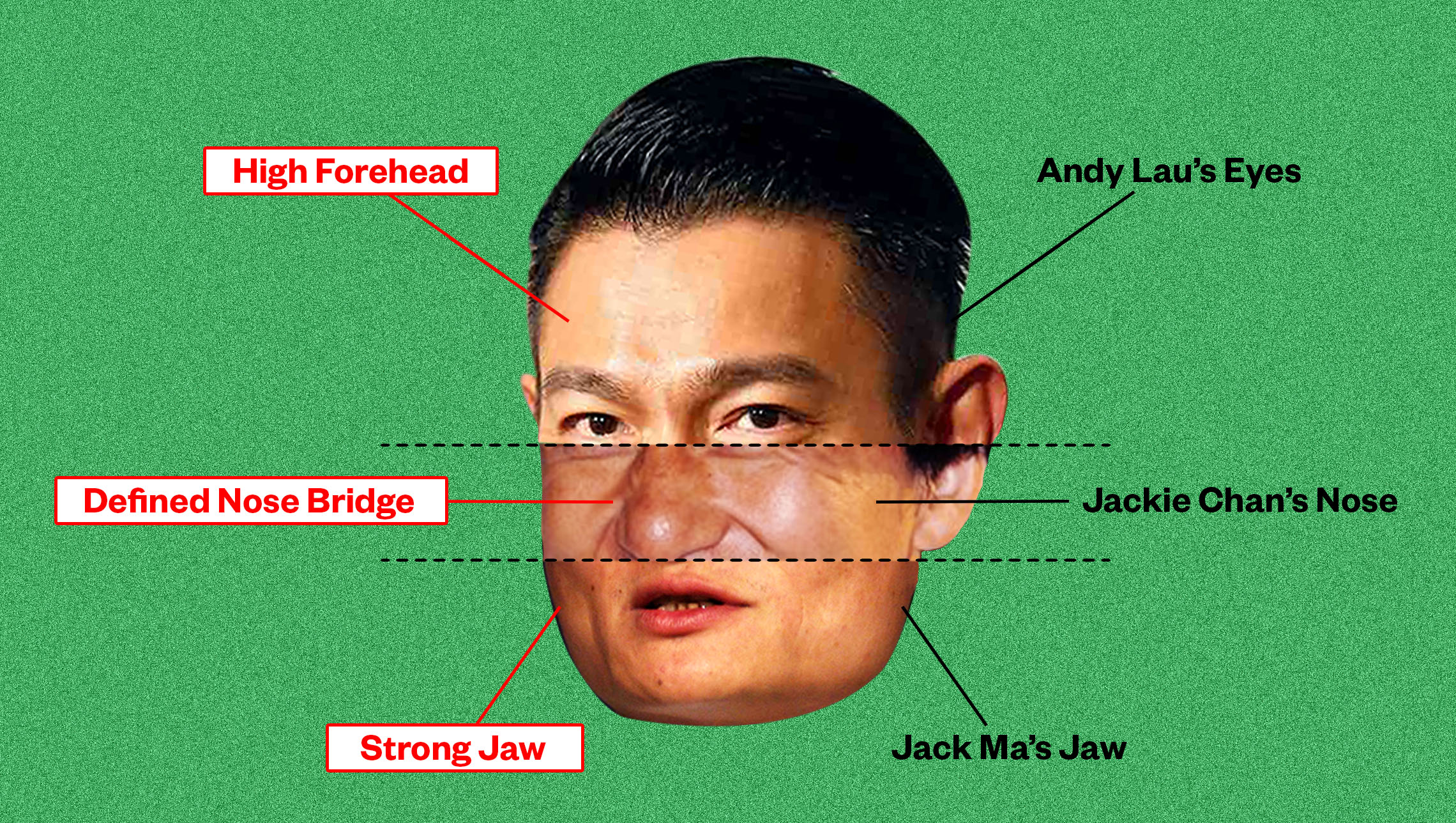 When it comes to Asians, everything is all about ‘face’. Including power! To round up our investigation into Asian power – where we’ve analysed everything from their astrological signs to their signatures – we turn to Jo Ching, Principal Consultant and owner of DestinyAsia Global Consultancy, to reveal the defining features of a powerful Asian. From thick eyebrows to double chins, Jo breaks down what it takes to construct the face of Asian power.

JUNK: What are some facial features that are typically considered powerful?

Jo: Having a high and broad forehead, with a 3.5 to 4 finger-wide gap between the hairline and eyebrow. Along with strong eyes, defined nose bridge and jawline. Also, the bigger the mouth is, the better. Wide chins are also considered to be powerful. 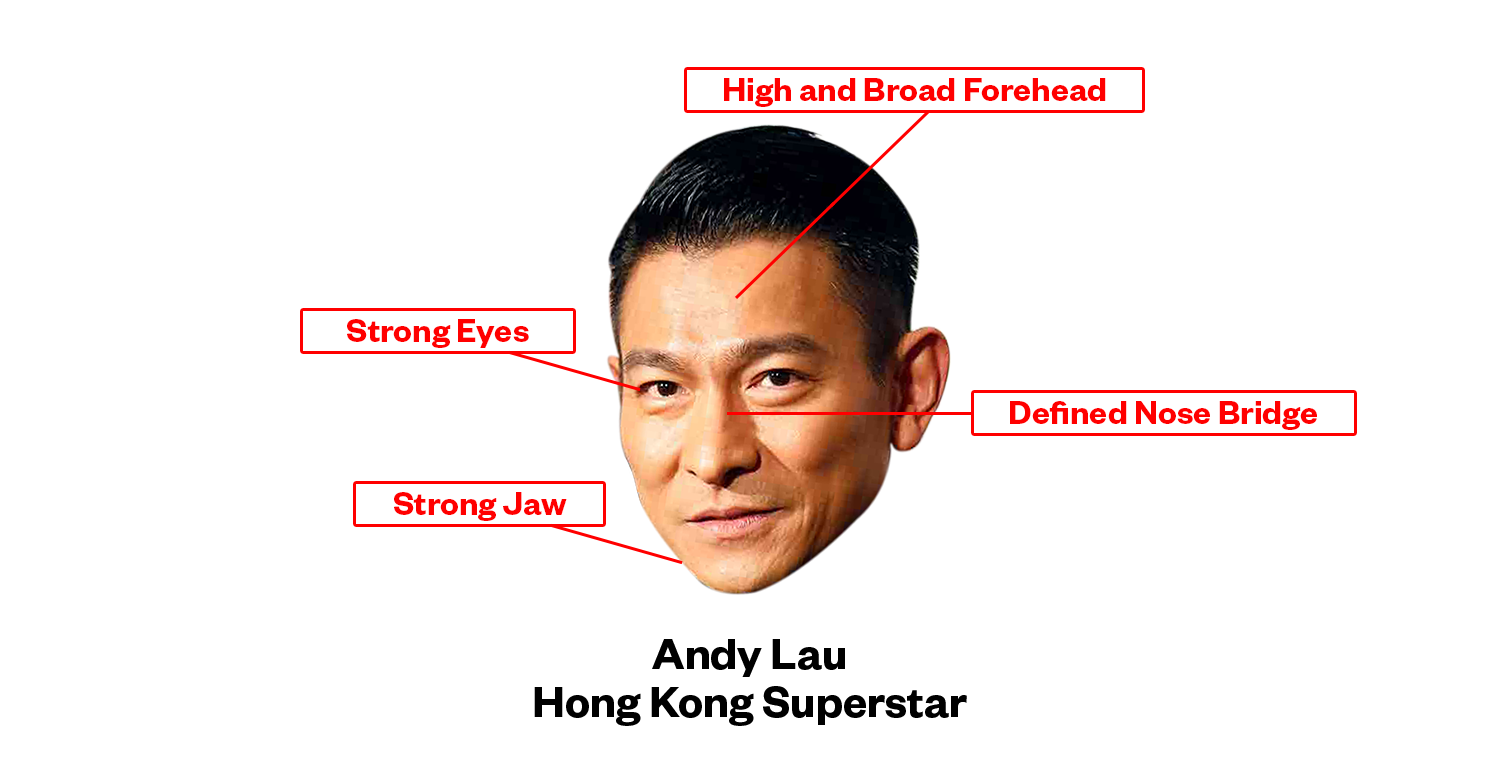 Eyes – The number of eyelids does not matter. What matters more is whether the person has weak or strong eyes. All the people in the list have strong eyes. Strong eyes are sharp and alert, while weak eyes are somewhat sleepy and lack spirit. Having weak eyes are deemed as inauspicious and those who possess them might find it harder to have achievements in life.

Eye colour – Asians typically have dark pupils. But as we age, the colour of our pupil may become lighter or turn browner. Those with brown eyes or lighter pupils are deemed to be more shrewd or street smart – because of the life experiences they’ve been through.

JUNK: Are there specific features that are consistent throughout our sample? 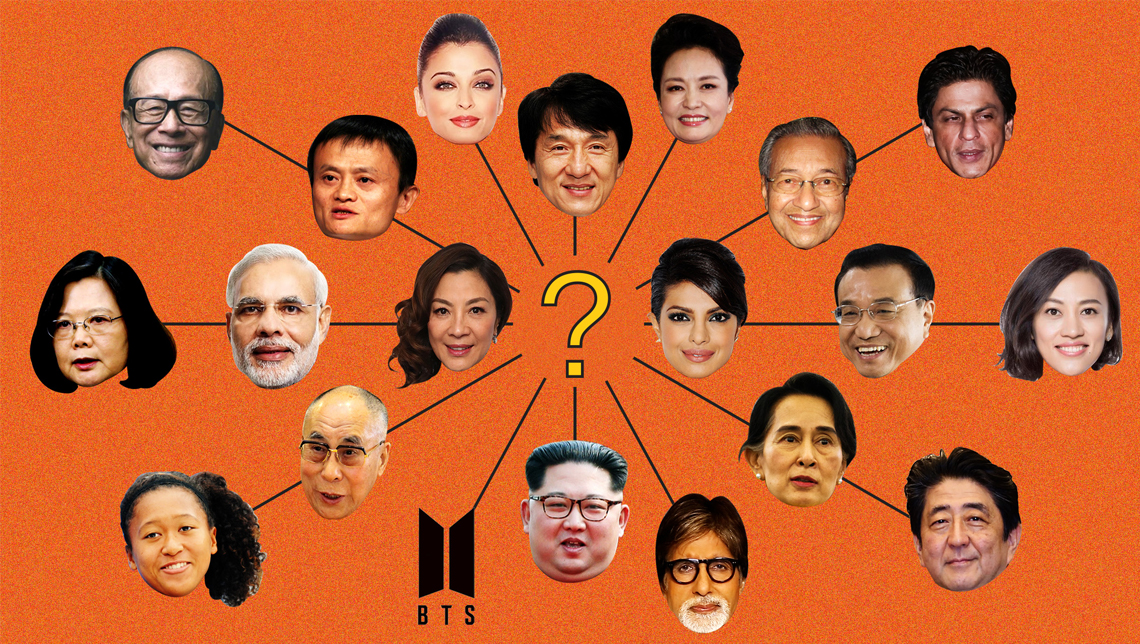 Jo: With a few exceptions like Kim Jong Un and Shinzo Abe, the leaders generally have high and broad foreheads. Kim Jong Un and Shinzo Abe have narrow and low foreheads – people with narrow and low foreheads are more direct in their approach and speak their mind freely. Despite being leaders of their countries, their priority is not so much about forging long term diplomatic ties.

In contrast, our Prime Ministers (Lee Kuan Yew, Goh Chok Tong and Lee Hsien Loong) all have high foreheads, and they’re known to be measured and think far into the future. Of course, these are based on face reading concepts.

Hair – Traditionally, the forehead is known as the career and authority palace. It is linked to one’s level of wisdom and analytical ability. Thus, if one keeps a hairstyle that accentuates the forehead, he or she will be perceived to be high and mighty. When it comes to the leaders, I hardly see anyone keeping a long fringe that covers the forehead. The men usually reveal their forehead.

JUNK:Which of their faces are the most powerful?

Jo: Andy Lau and Robert Kuok have all the good features that we’re looking for. 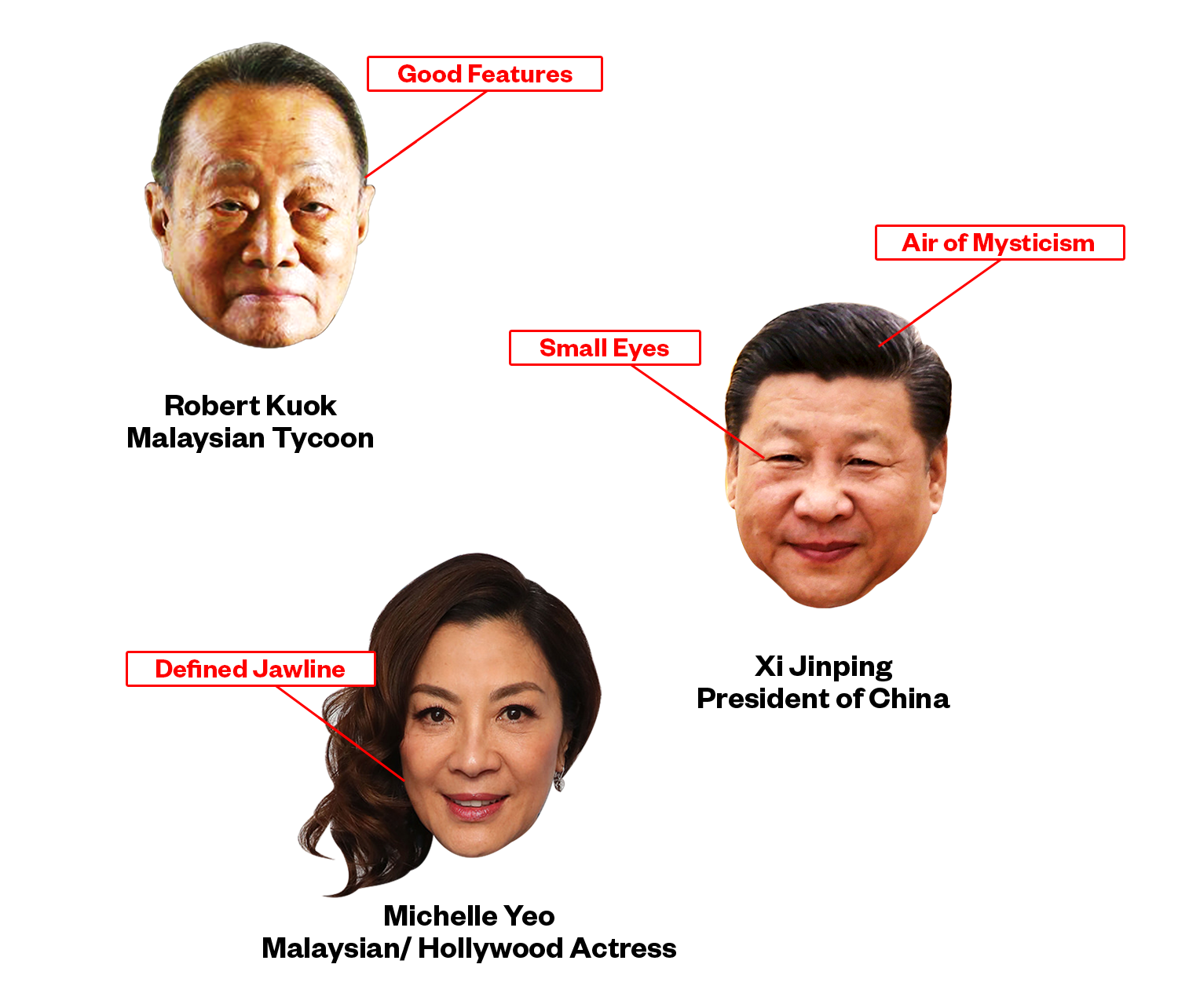 Michelle Yeoh – She has the most powerful face among the ladies. Her jawline is more defined as compared to the others, and the bones and corners on her face are more obvious.

JUNK: Whose face is the least powerful?

Jo: Shinzo Abe. His forehead is short and tight, his mouth is small and the way he carries himself looks sloppy to me. 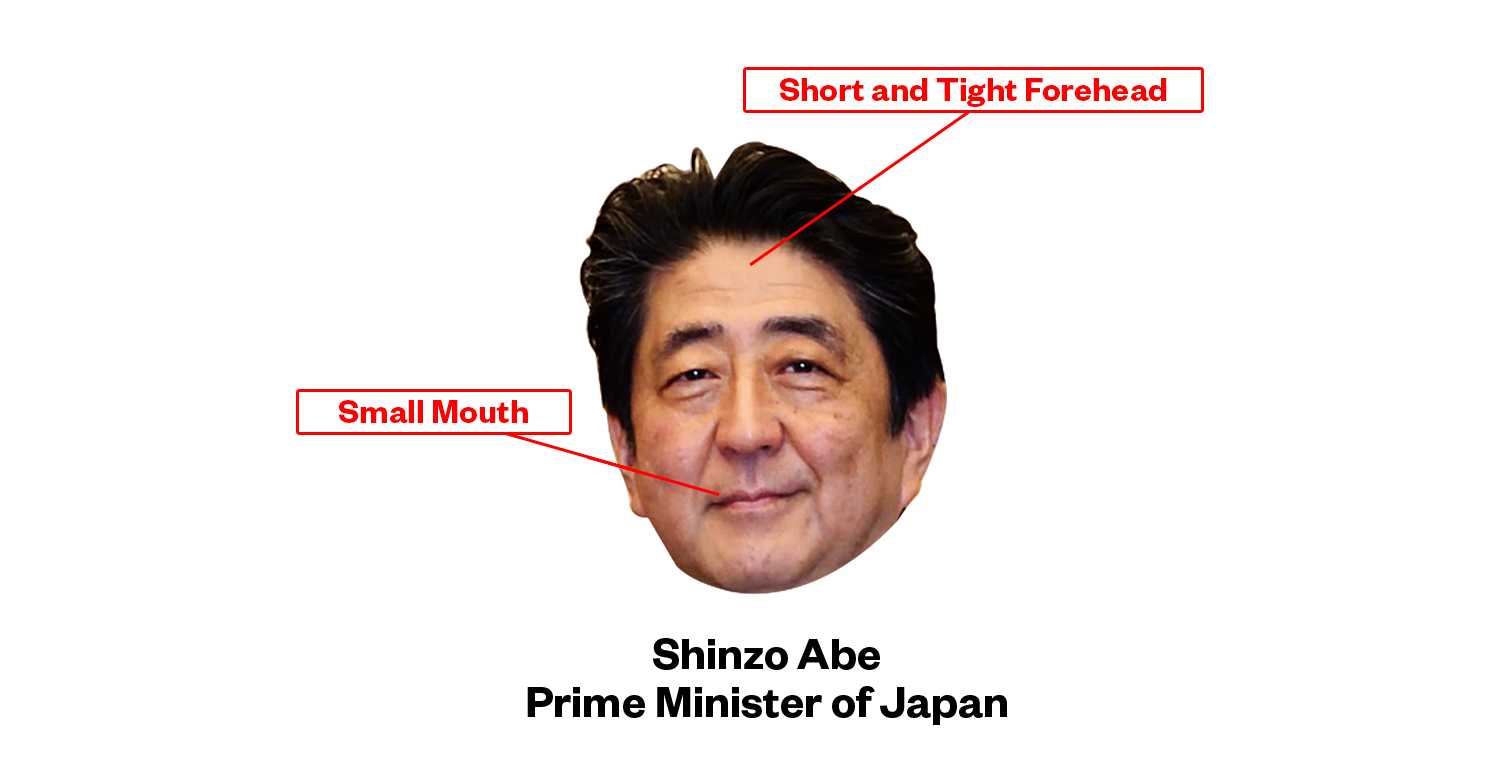 JUNK: Is there anything plastic surgery can do to help us become more powerful?

Jo: Yes. If possible, one should aim to have a higher forehead (maybe you have to remove some hair). One can also have work done to brighten their eyes, raise their nose bridge and strengthen the jaw and chin area.

JUNK: Are there any surprising features among them?

Jo: There’s nothing really surprising, but I would consider Kim Jong Un to be an outlier. He doesn’t really fit into the model of a powerful leader, but he can be passed off as a good businessman. 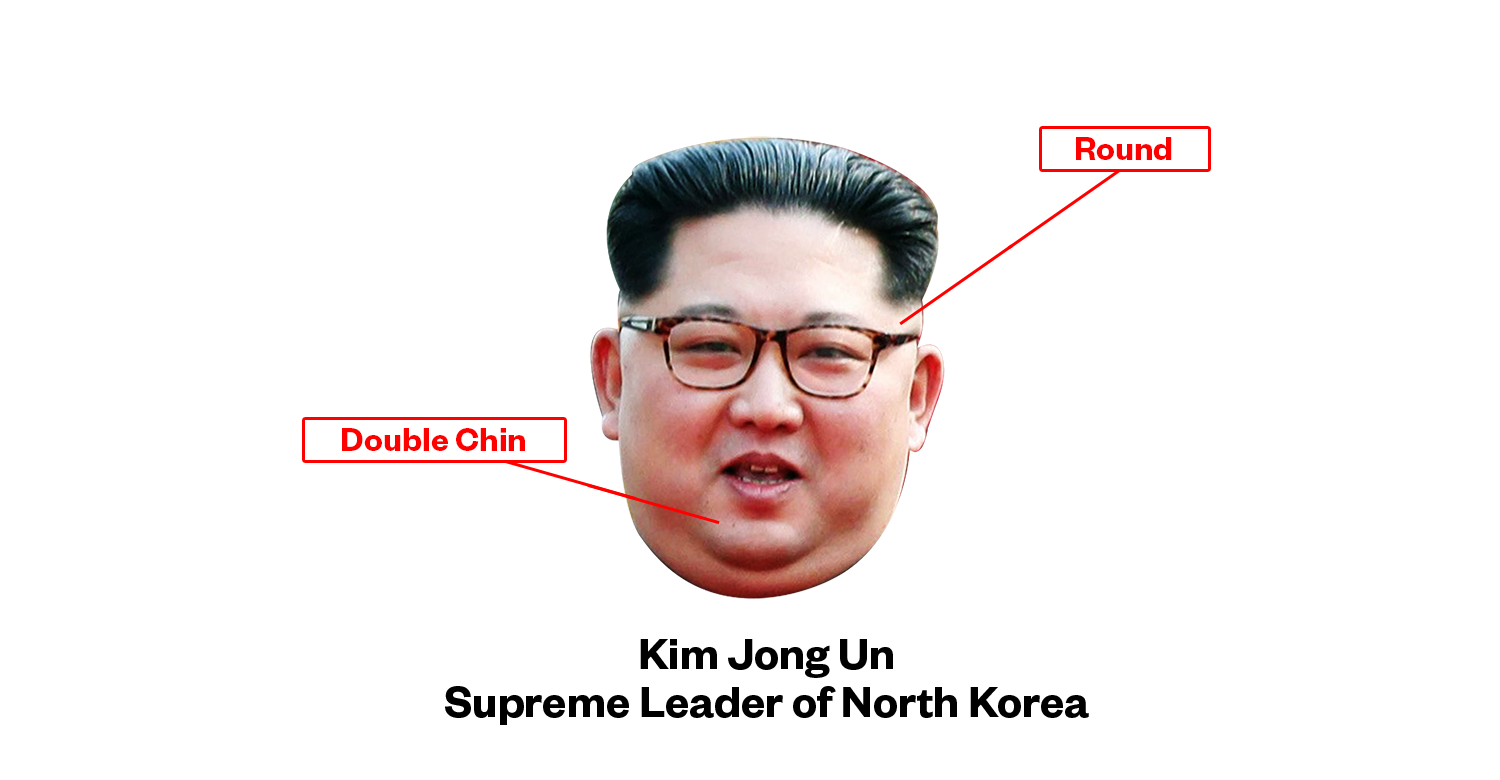 JUNK: Why does Kim Jong Un not fit into the model of a country’s leader?

Jo: Face reading is part of the bigger study of physiognomy. If we take into account how he carries himself, the way in which he speaks and the aura of respect that he exudes, Kim Jong Un does not possess the archetype of a leader – he lacks the air of authority that’s seen in both Lee Kuan Yew and Vladimir Putin, for example. Having said that, this is solely based on his image. It does not mean that he is in any way incapable of running the country.

JUNK: In that case, why can Kim Jong Un pass as a good businessman?

Jo: In the study of face reading, people are categorized and fall into different profiles. The technical terms that we use to name the profiles are emotive, nutritive and sportive. 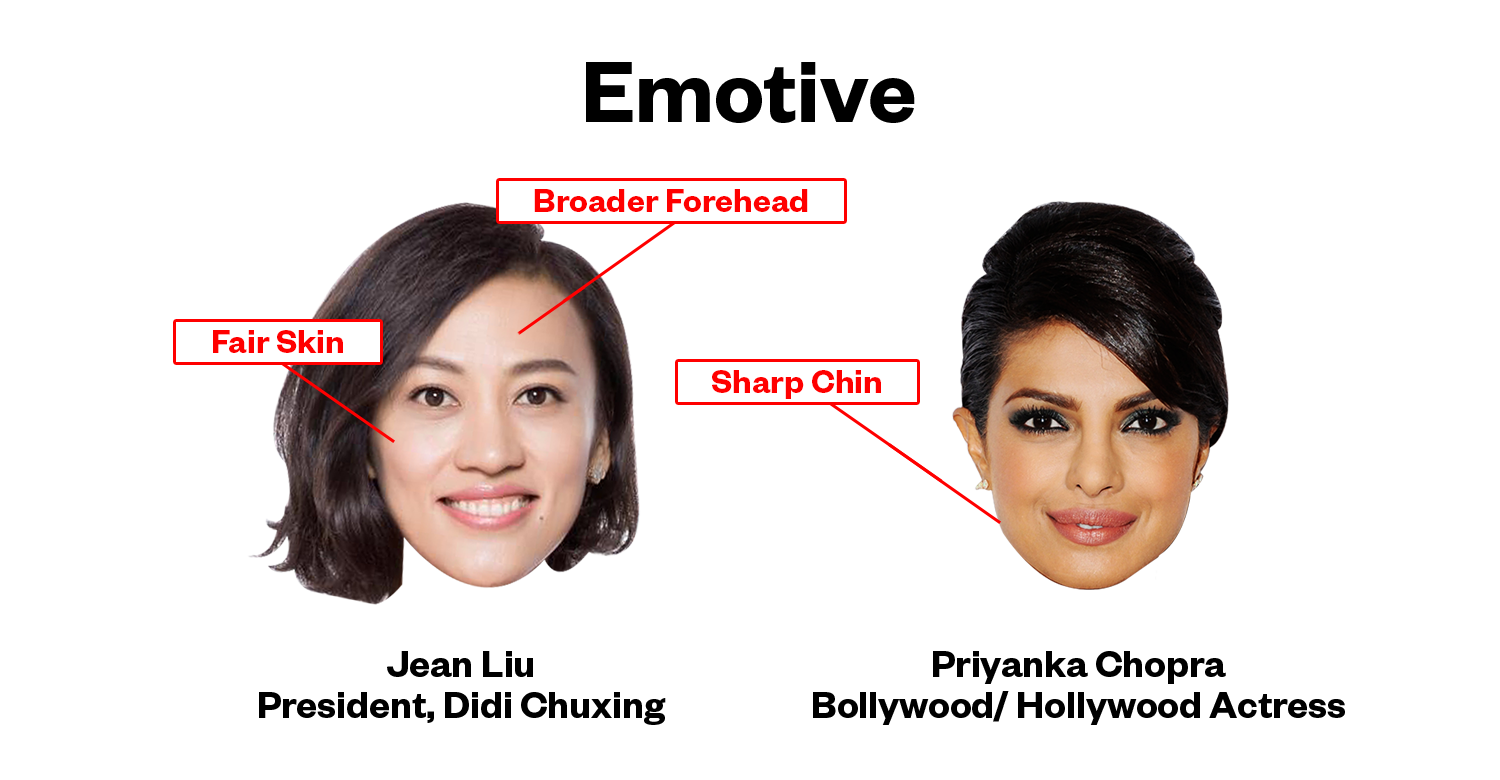 To me, Kim does not come across as a fighter because he falls into the category of having the nutritive profile (they are round, fat and with a double chin). People with the nutritive profile are usually better in dealing with money and business. At this juncture, he can be good for a country who needs to find ways to boost its economy. JUNK: What are the different features of a powerful leader as compared to a good businessman?

Jo: Simply put, it is better for a leader to possess the features present in the sportive profile. They normally have a higher forehead and strong chin. Their personalities are also altruistic in nature, and we want to follow leaders who can fight for and defend us. 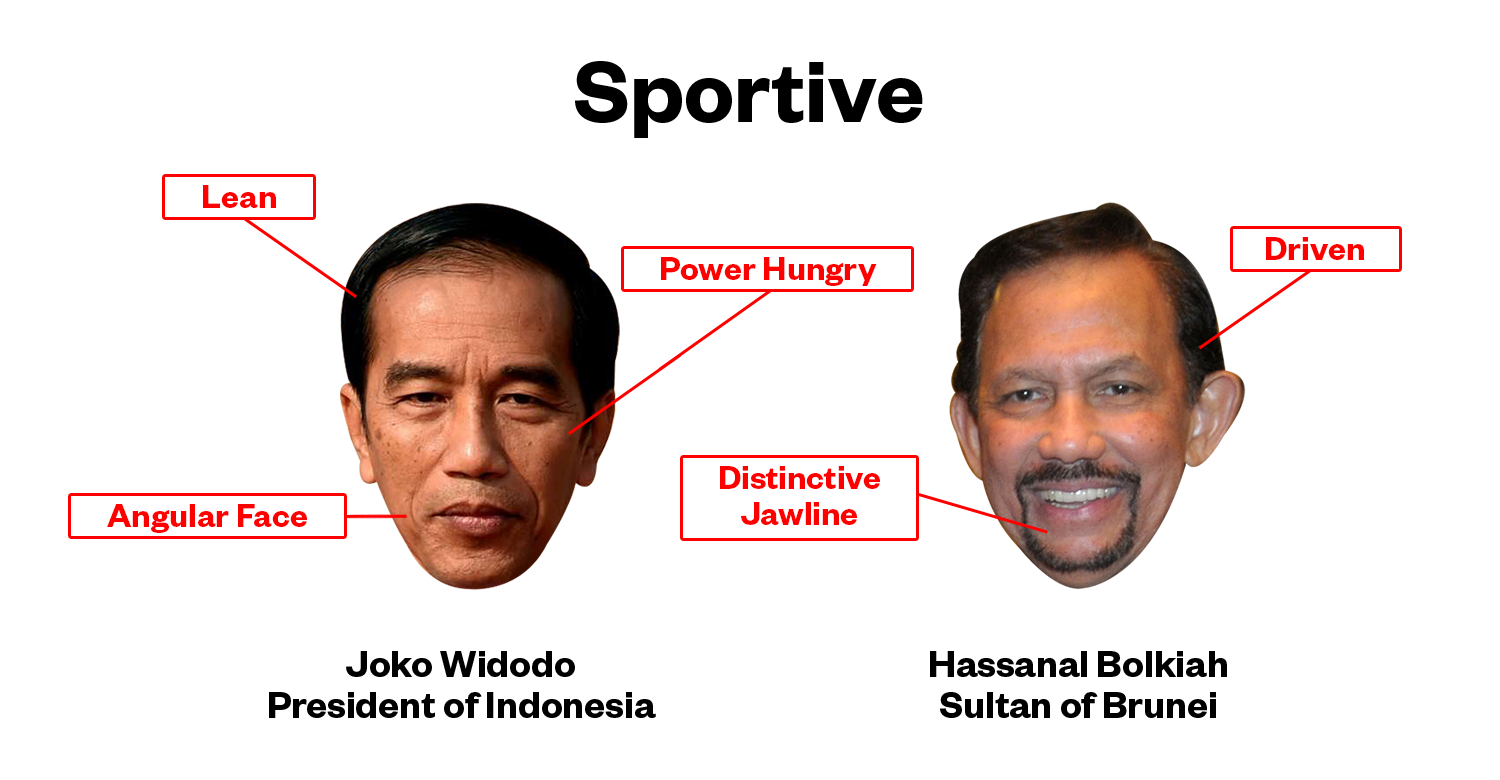 On the other hand, a businessman should be both enterprising and good in thinking of ways to generate profit for the company. As mentioned earlier, people with the the nutritive profile are a good fit for this.