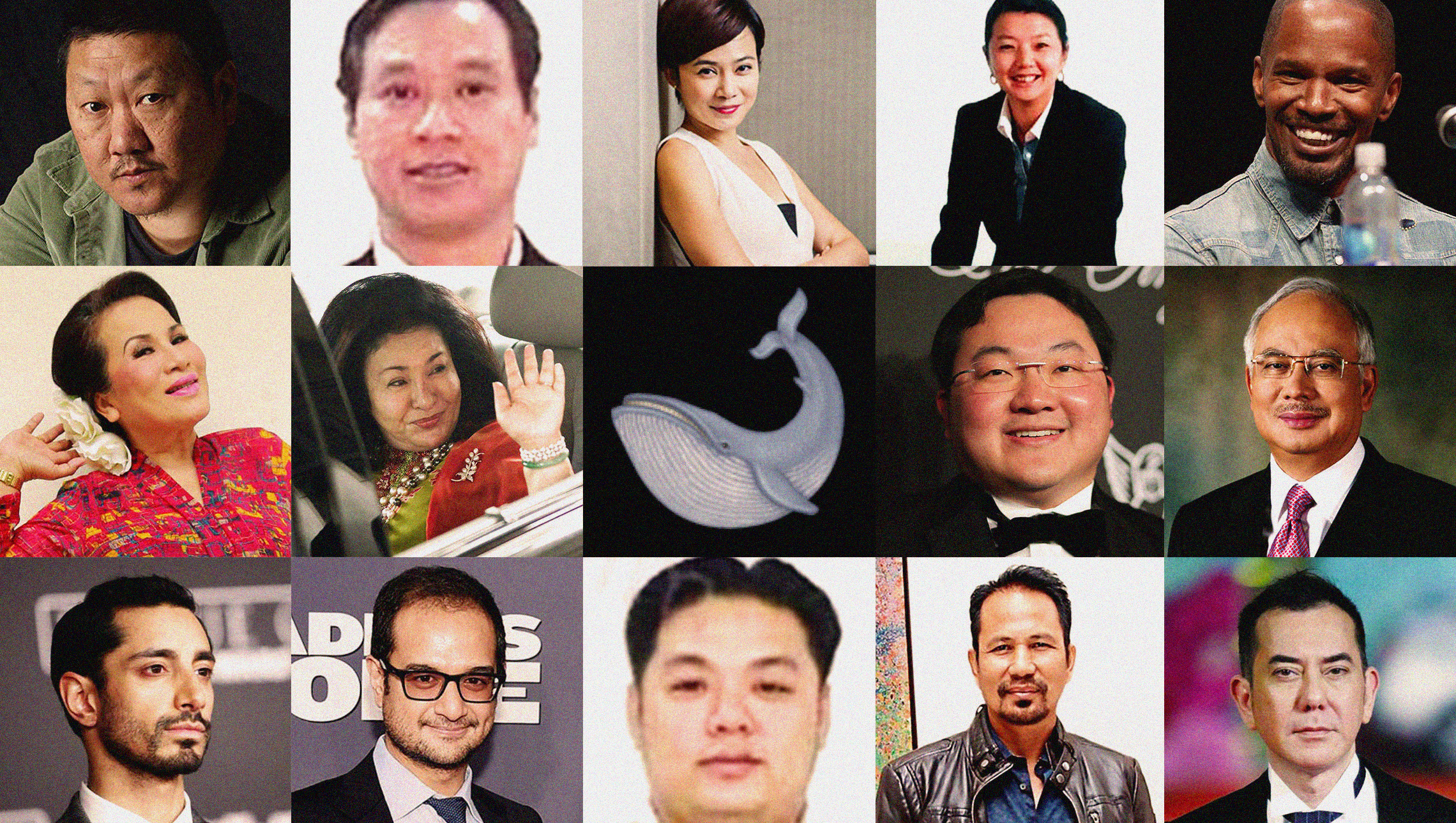 Can’t wait to see who gets cast in the Jho Low movie? Neither can we. That’s why we made this list. The dust hasn’t even settled on the 1MDB saga but the producers of Crazy Rich Asians are already making it a film out of Billion Dollar Whale, the best-selling book that goes inside one of the biggest financial crimes of the century. To nobody’s surprise, man-of-the-hour Jho Low does not endorse this book (or its upcoming movie adaptation). But in any case, his billions of dollars can’t buy silence. Hollywood knows a good movie when it sees one.

If Crazy Rich Asians was the Hollywood debut of Southeast Asia’s uber-rich class, then it’s about to be majorly one-upped by Billion Dollar Whale. The real-life 1MDB scandal engulfed headlines, toppled a government, and was basically screaming to be made into a major motion picture from the get-go. Think Crazy Rich Asians meets The Big Short meets The Wolf Of Wall Street. Incomprehensibly rich Asians, greedy bankers, shady politicians, insane parties, and corruption everywhere. But until we know more about the movie, Billion Dollar Whale’s billion-dollar question is – who plays who?? 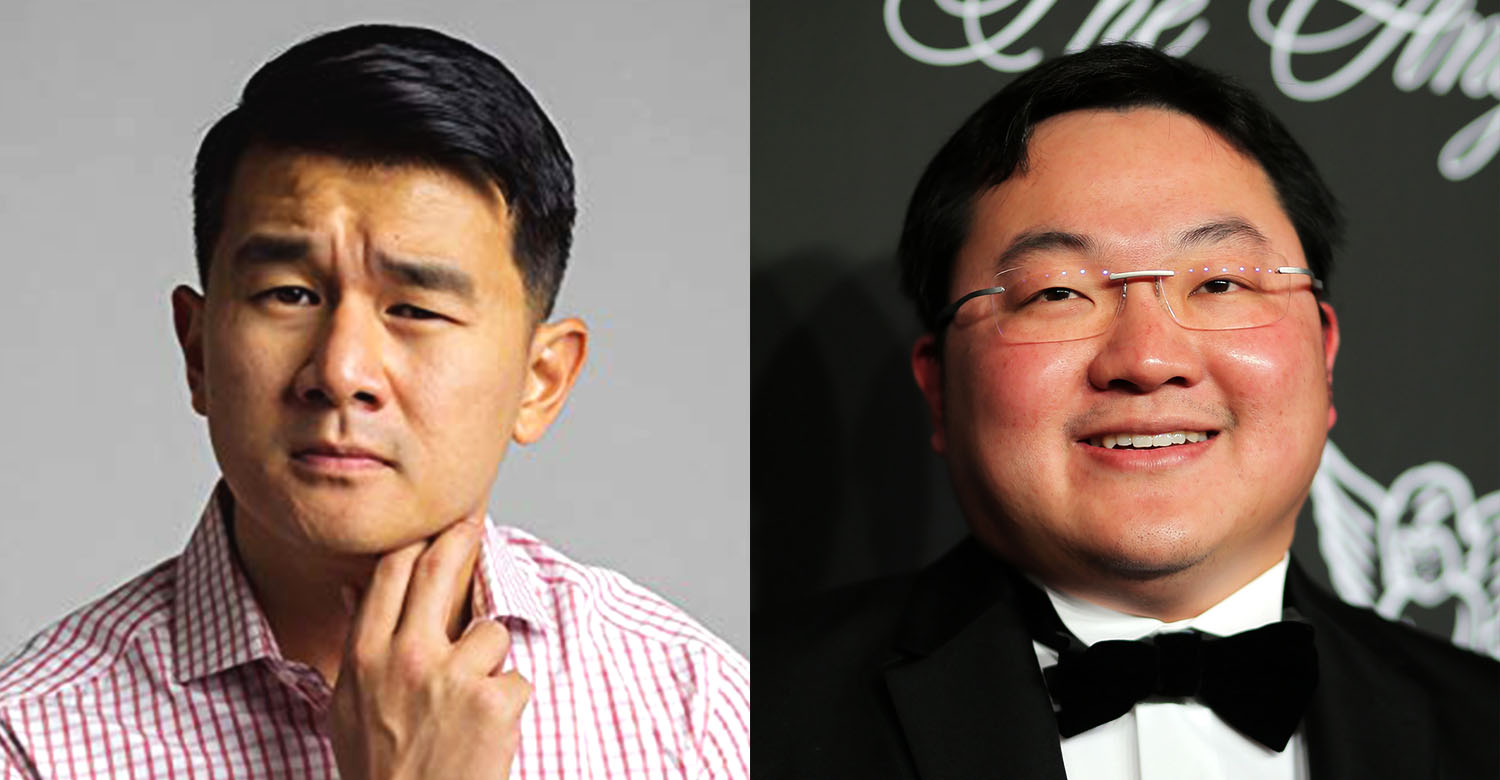 Our pick for Jho Low? Malaysian-Australian Ronny Chieng. In an interview with Coconuts, Tom Wright, co-author of Billion Dollar Whale, describes the real-life J-Low as a sort of enigma; “nice guy, very friendly” but “very few people could remember a meaningful conversation”. (They probably missed out on interviewing Elva Hsiao.) Maybe being deeply unremarkable was exactly the key to stealing billions of dollars without anyone really noticing? We know Ronny can do funny – his main gig right now is as a senior correspondent on The Daily Show. We also know he can do intense and satirical – he was the crazy-competitive and status-conscious Cousin Eddie in Crazy Rich Asians. Add a few more kgs and a pair of spectacles and we can totally see him as the inscrutable nice guy with a billion-dollar secret. Plus, we already know he’s already all caught up on Malaysian politics. 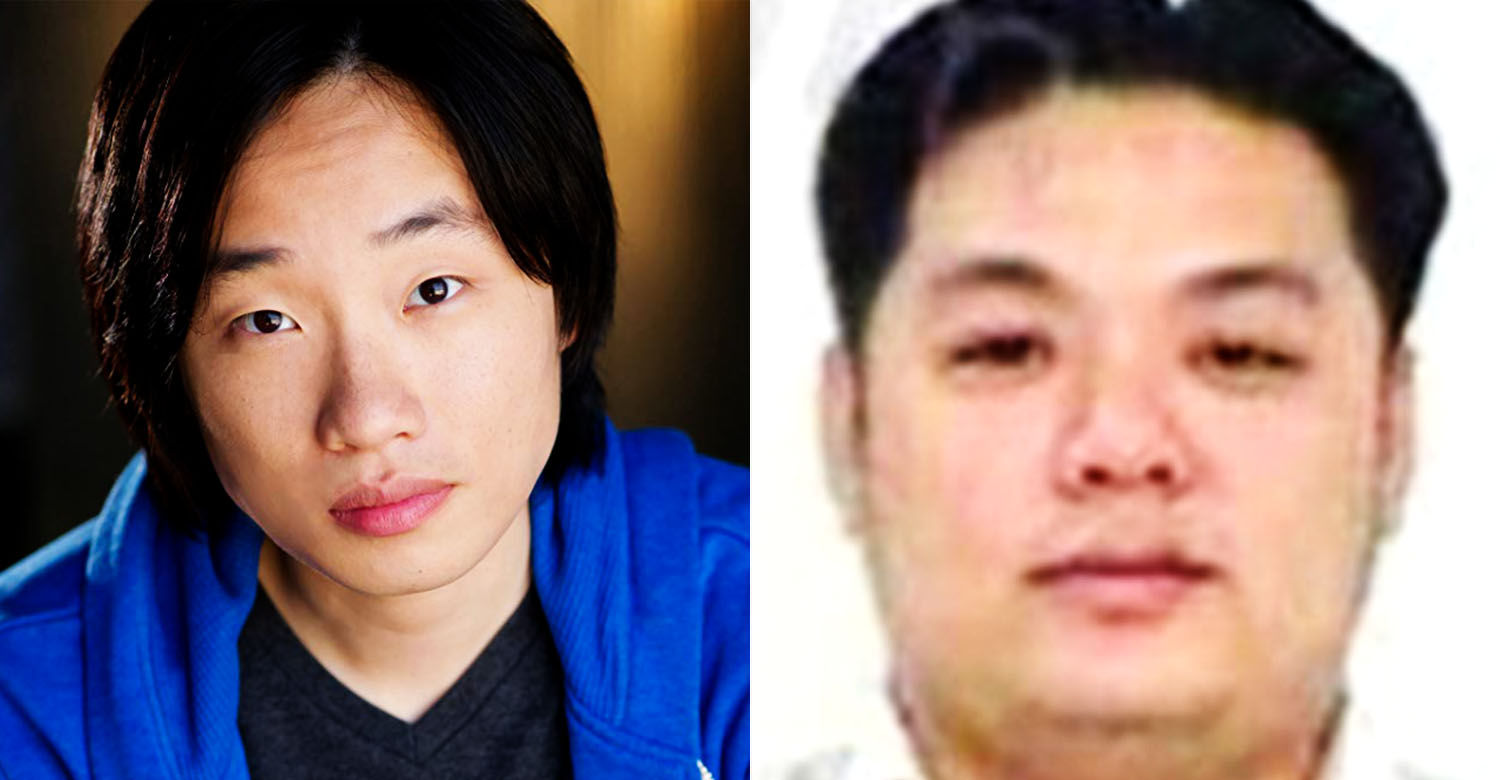 Source: IMDb and The Star

The book describes Fat Eric, or Eric Tan Kim Loong, as Jho’s party buddy and his most trusted aide, “a partner so trusting of Low that he would sign any document without question.” Our pick for Jho Low’s ultimate BFF is fellow Crazy Rich Asians alum Jimmy O.Yang. Jimmy’s certainly proven that he can play a reliable major-domo, especially one who’s party-crazy. A dim-witted, hard-partying sidekick to a cunning criminal mastermind? We can totally see it. 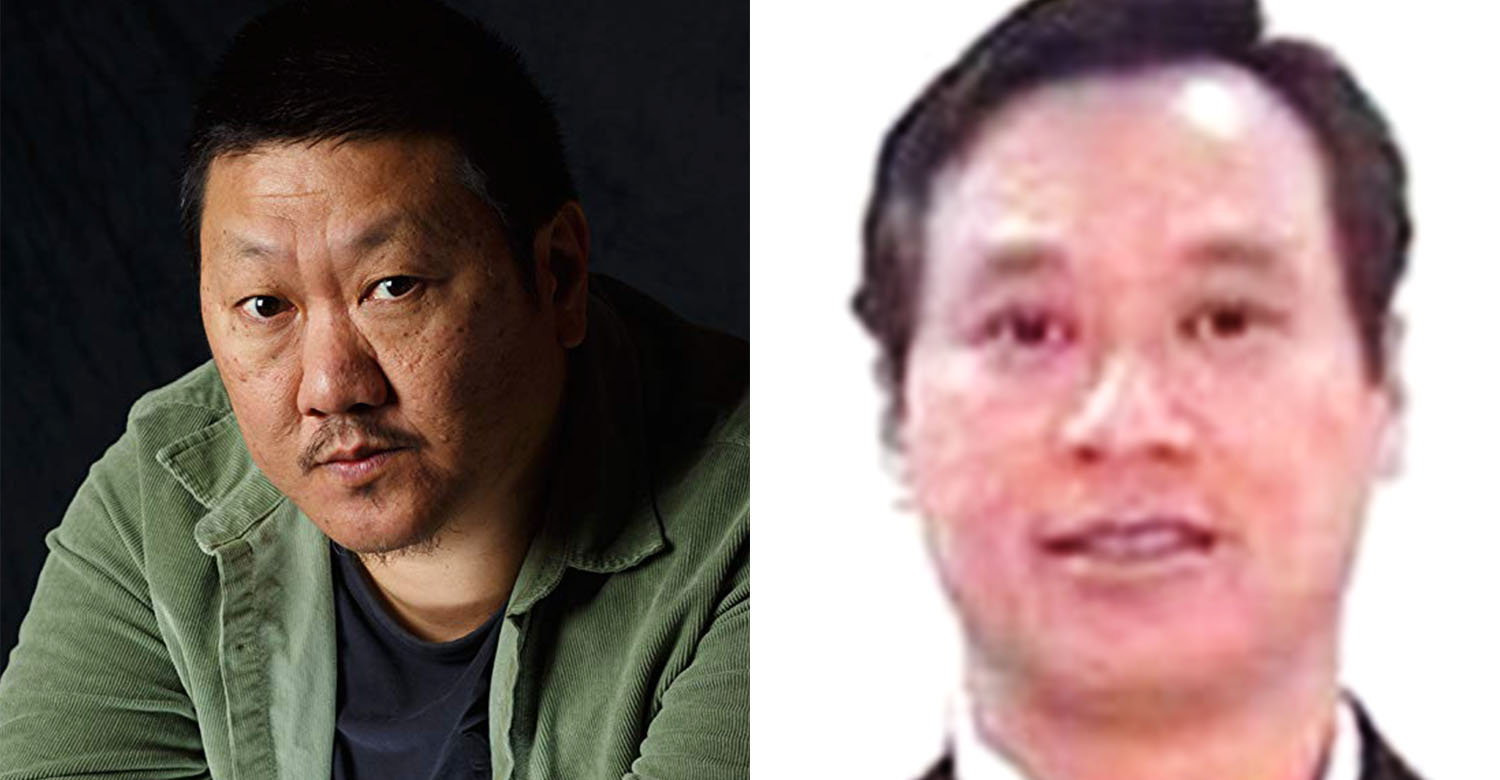 Source: IMDb and The Star

As its Executive Director, Casey Tang held an instrumental role in 1MDB and was even a part of it since it was known as Terengganu Investment Authority. Official documents refer to him as “1MDB Officer 1”. The role of a seasoned grifter has to go a seasoned actor, and with a resume ranging from Kublai Khan in Netflix’s Marco Polo to the Sorcerer Supreme’s sidekick Wong in Doctor Strange, Benedict Wong has the acting chops for it. As Casey, we see Benedict playing it smart and shady, yet seemingly trustworthy, all at the same time. 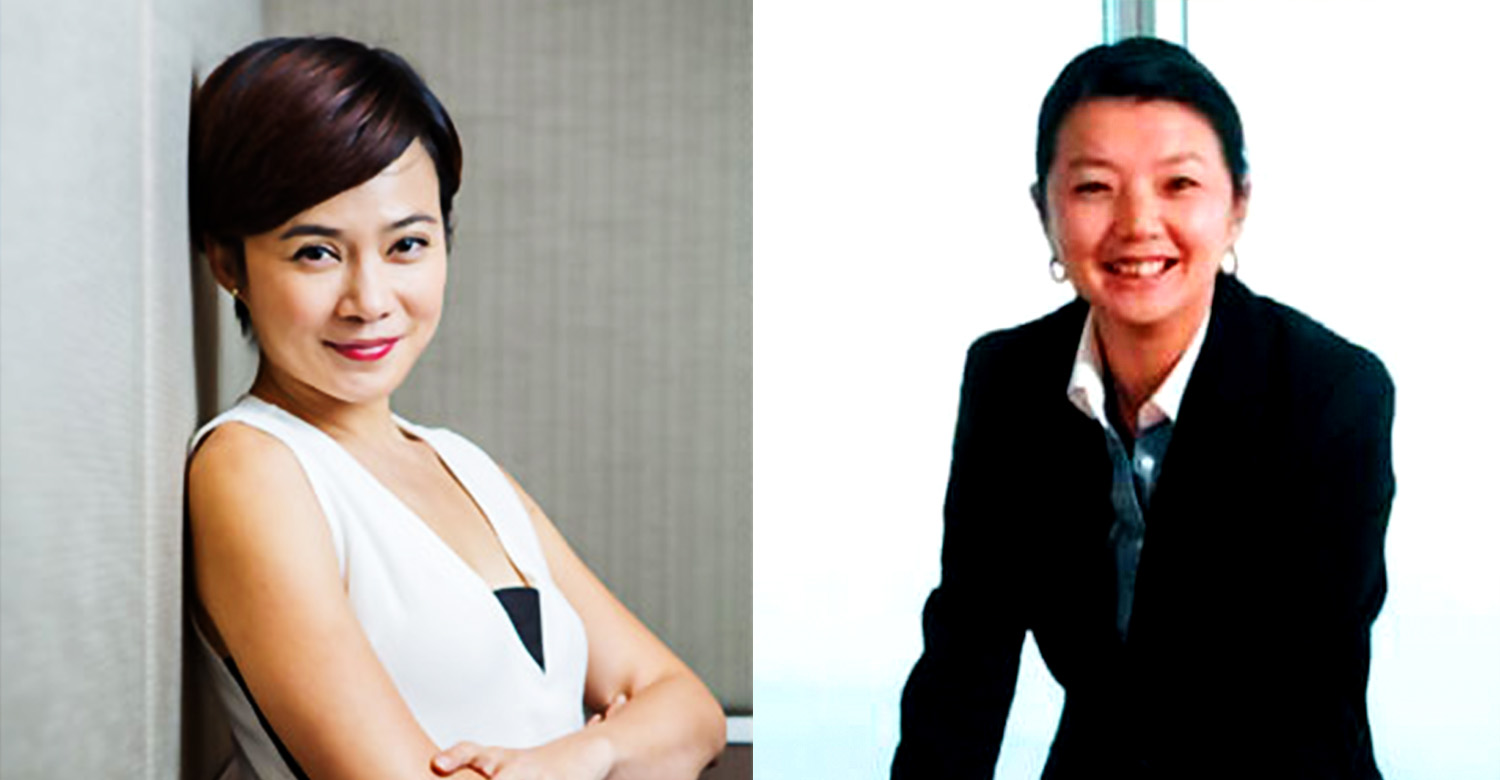 In Billion Dollar Whale, legal counsel Jasmine Loo is described as a “smart Malaysian laywer”. As “1MDB Officer 3”, she was the main point of liaison with Goldman Sachs, and was also responsible for raising US$6.5billion for the fund in just one year. To play this whipsmart and highly efficient legal lady, we pick Yeo Yann Yann. Not only is she also Malaysian, in Dreaming Singapore, Yann Yann had a whole role written for her, based entirely on her face. That’s probably the kind of 6.5billion-dollar charisma Jasmine has, too. 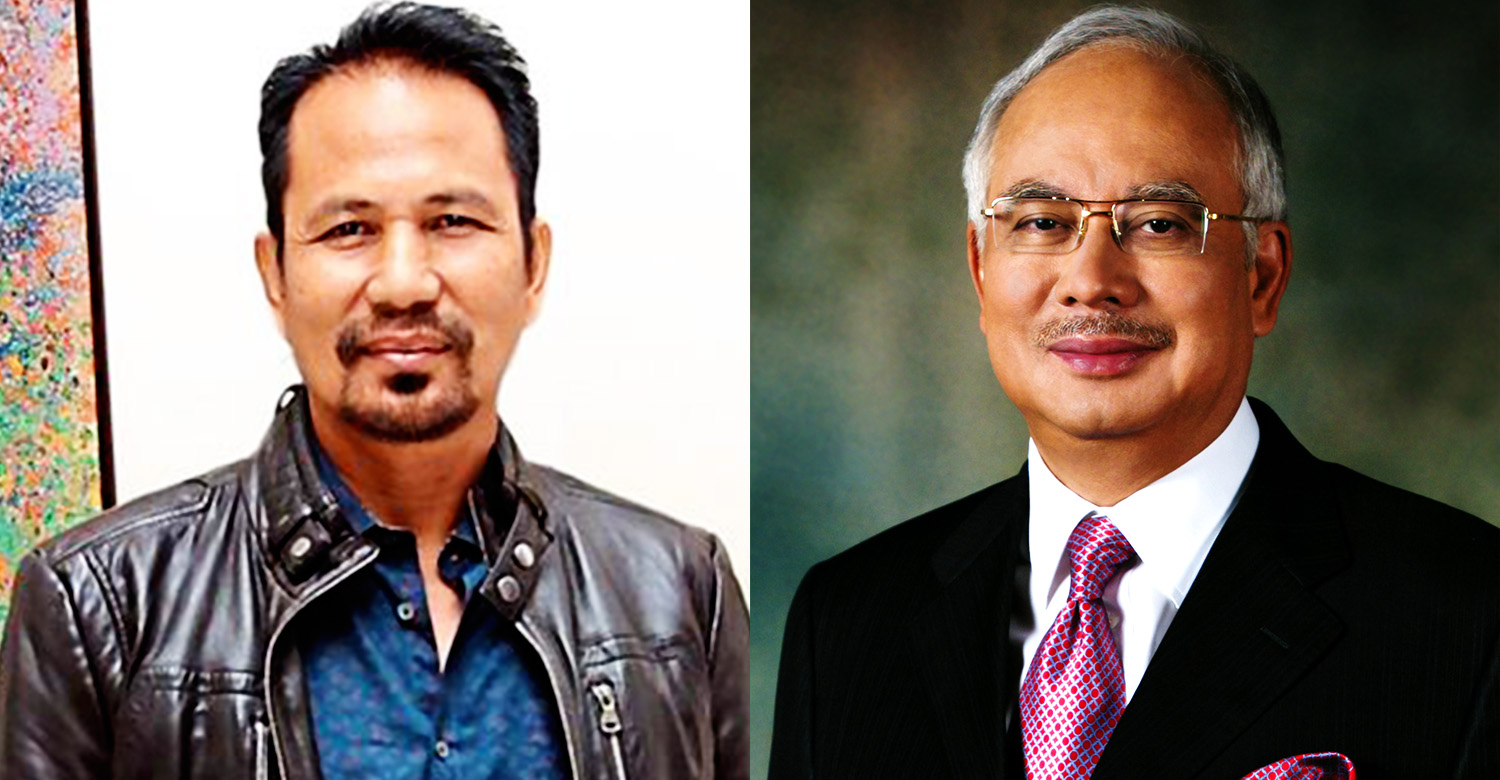 The former Malaysian Prime Minister needs no introduction. Nor does his part in this whole sordid saga. However, the book sheds light on how as Prime Minister, Najib was greedy, corrupt, and complacent, but also trusting enough to let 28-year-old Jho run the state’s multi-billion-dollar sovereign fund. You can’t just pick anyone to play Najib, but we think veteran actor M. Nasir could do the job. Not just because of The Stache, but also because Malaysians won’t settle for just anyone to step into the shoes of someone who’s dominated their political landscape for so long. Plus, it would be interesting to see an influential, well-connected Malaysian in the role. We imagine M. Nasir and Najib must have met on a few occasions – maybe he can draw from personal experiences to play the ex-PM? 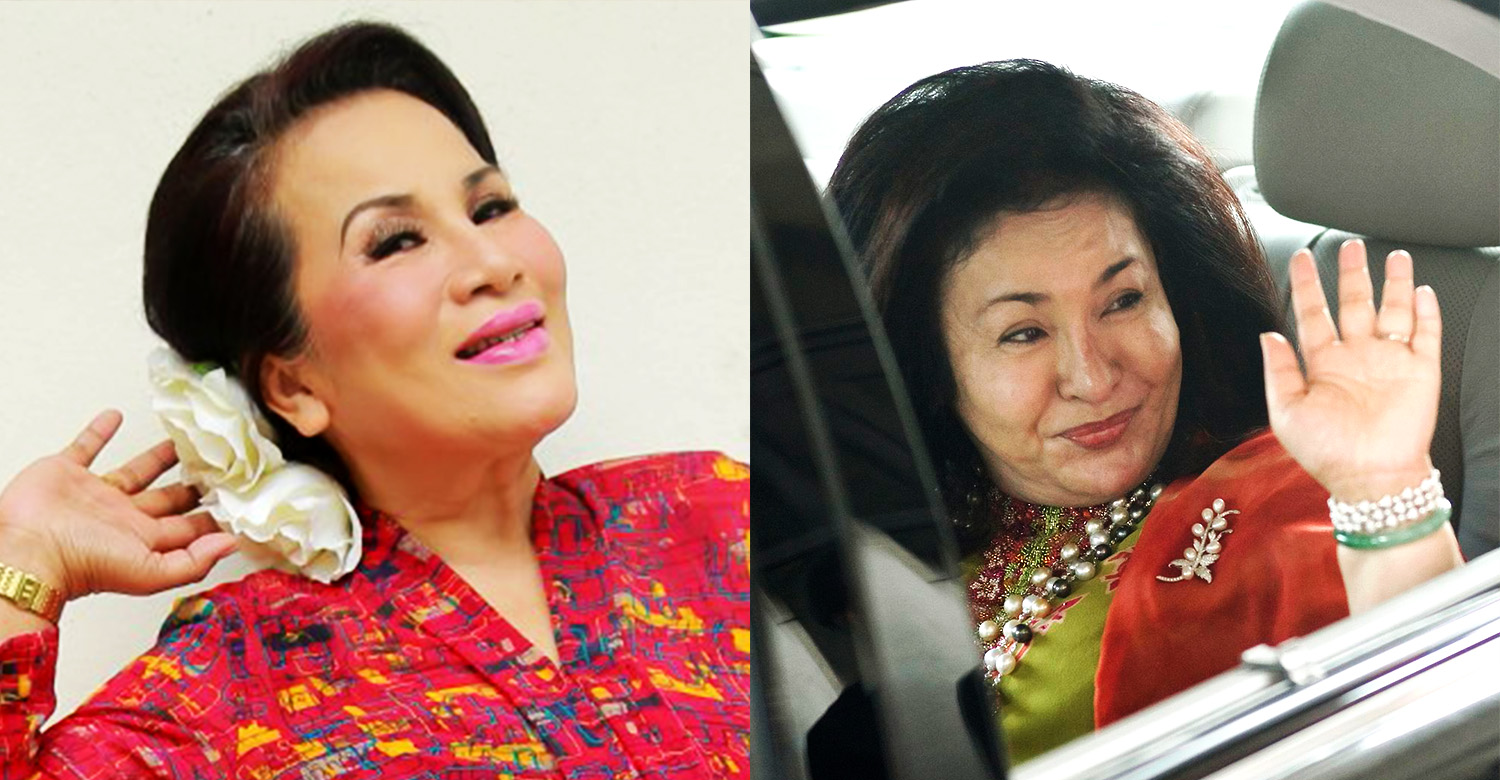 Where there’s Najib Razak, there’s Rosmah Mansor. They’re the Bonnie and Clyde of the 21st century. We need another heavy-hitting Malaysian in this role, so Delimawati is our top choice for Rosmah. She’s campy, funny, and larger-than-life. She’s best known for her role as the title character of the Hantu Kak Limah series – a well-coiffed woman who can transform into a ghost with crazy (Rosmah-esque?) hair. Not saying there are any parallels, but if she can play hantu Kak Limah for almost a decade, she can take on Kak Ros. 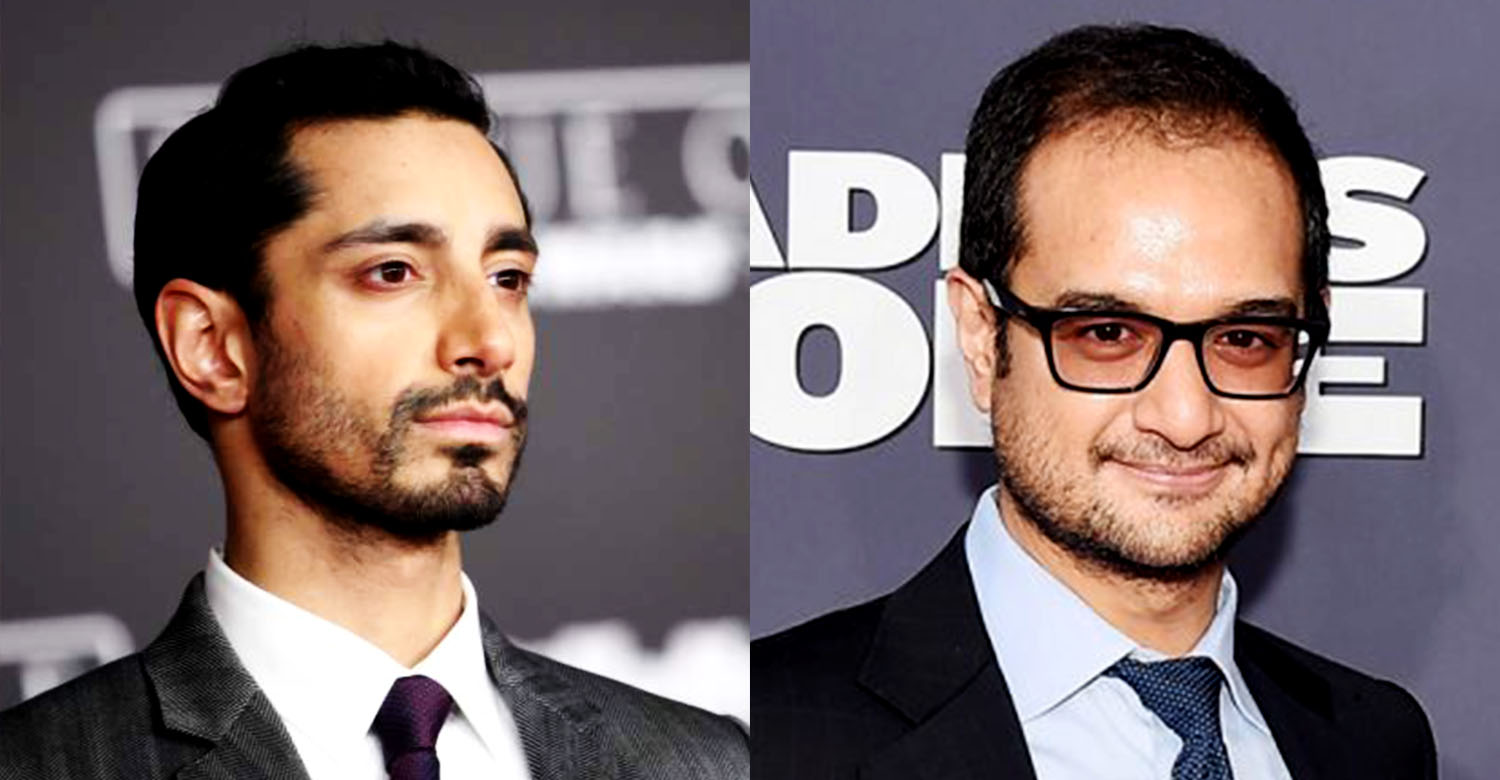 Riza Aziz is Najib’s stepson, and co-founder of Red Granite Pictures, the Hollywood production company that was secretly funded by Jho Low and his dirty money. Red Granite produced movies like Dumb and Dumber To, Horns, and most famously, Wolf of Wall Street. Oh, the irony. Since Riza was all about Hollywood connections, we thought why not tap Hollywood star Riz Ahmed for this part? Not only is Riz an critically acclaimed actor, he’s also known as an activist who has spoken out on subjects such as racism, Syrian refugees and the Rohingya crisis. It’s time for Riz to speak out on 1MDB – but this time, in a movie. 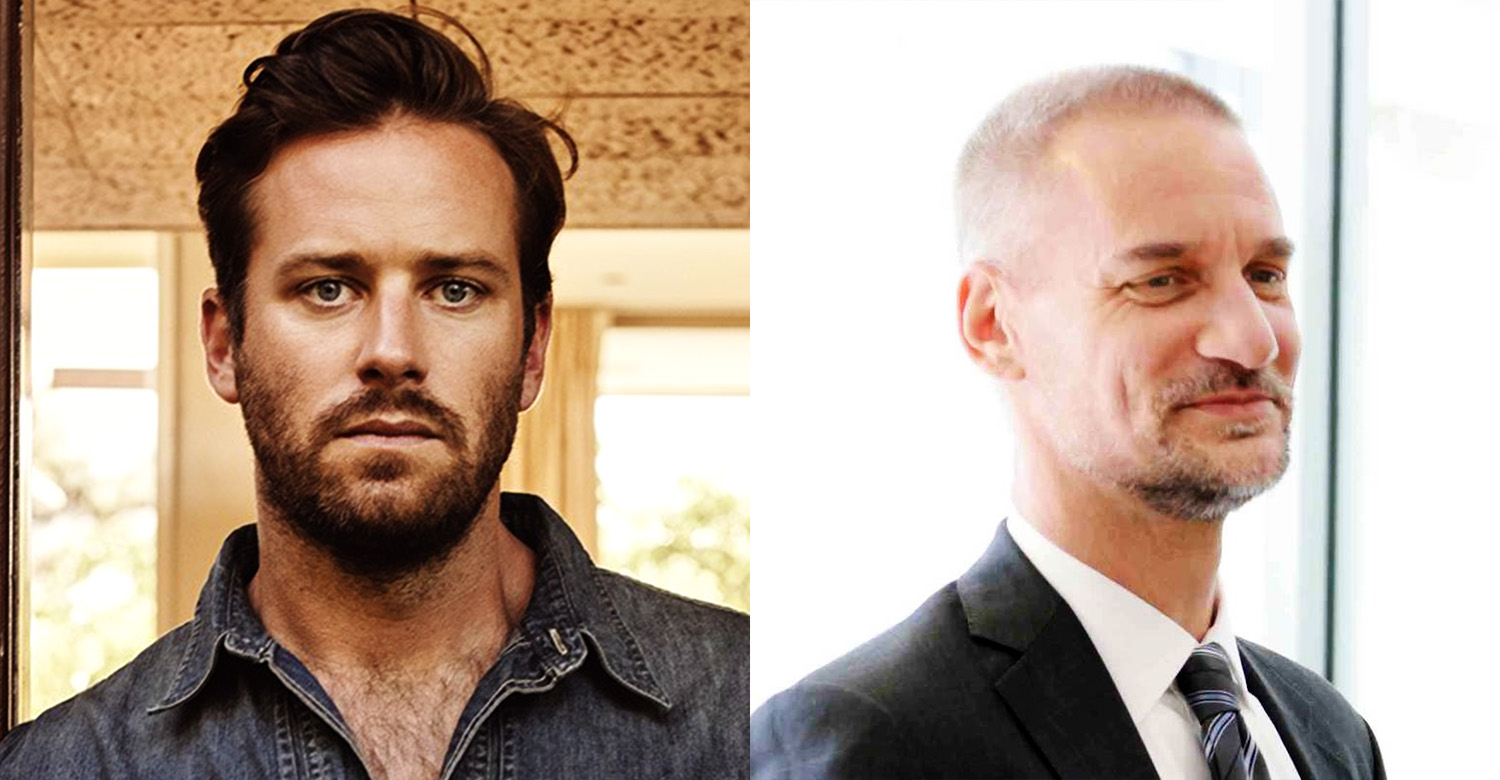 To say that former Goldman Sachs banker extraordinaire Tim Leissner was critical to 1MDB would be a massive understatement. As the Southeast Asian chairman, he was essentially gatekeeper to the bond sales worth US$6.5bil. The book describes him as Goldman’s German “star dealmaker” – “six foot three tall, and dashing”. Our pick for Goldman’s golden boy is Armie Hammer, duh. Bonus round: does anyone else think it would be fun to see Sonoya Mizuno as Tim’s model-preneur wife, Kimora Lee Simmons? 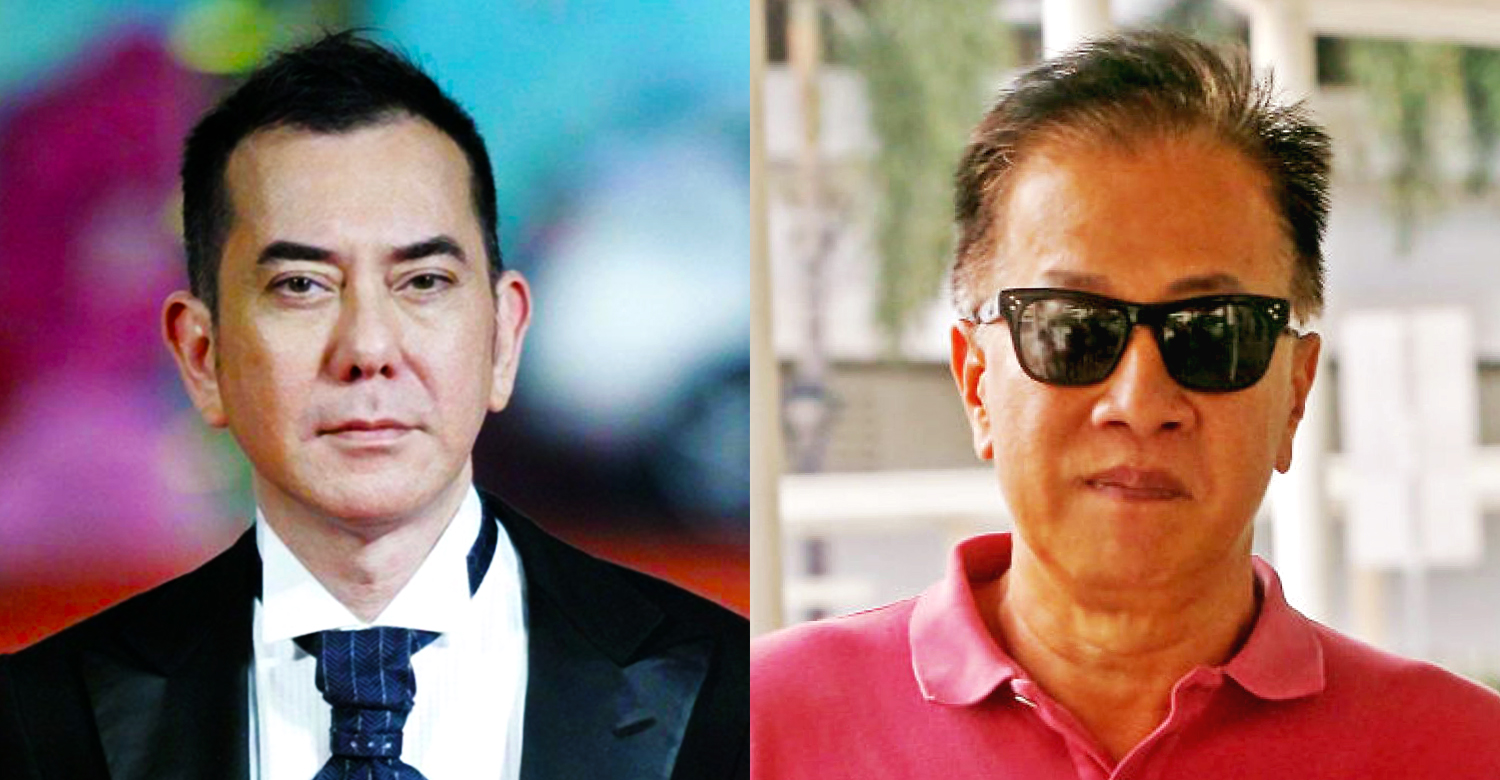 Singaporean private banker Yak Yew Chee was Jho’s relationship manager at BSI. The book describes his “spiky, thinning hair, graying at the sides”, his frequent habit of wearing sunglasses, and his “domineering personality [which] cowed coworkers.” Even though Yew Chee knew that Jho’s massive amounts of money could have been from criminal proceedings, he assisted Jho in forging documents and referral letters. For that, Singaporean courts eventually sentenced him to 18 weeks imprisonment. But for his Janus-faced, double-crossing exploits, he’ll be portrayed by Infernal Affairs veteran Anthony Wong. Playing a greedy rule-breaking banker is a beautiful reversal from his role as principled mole-recruiting Superintendent Wong and we’d think Anthony would kill it. 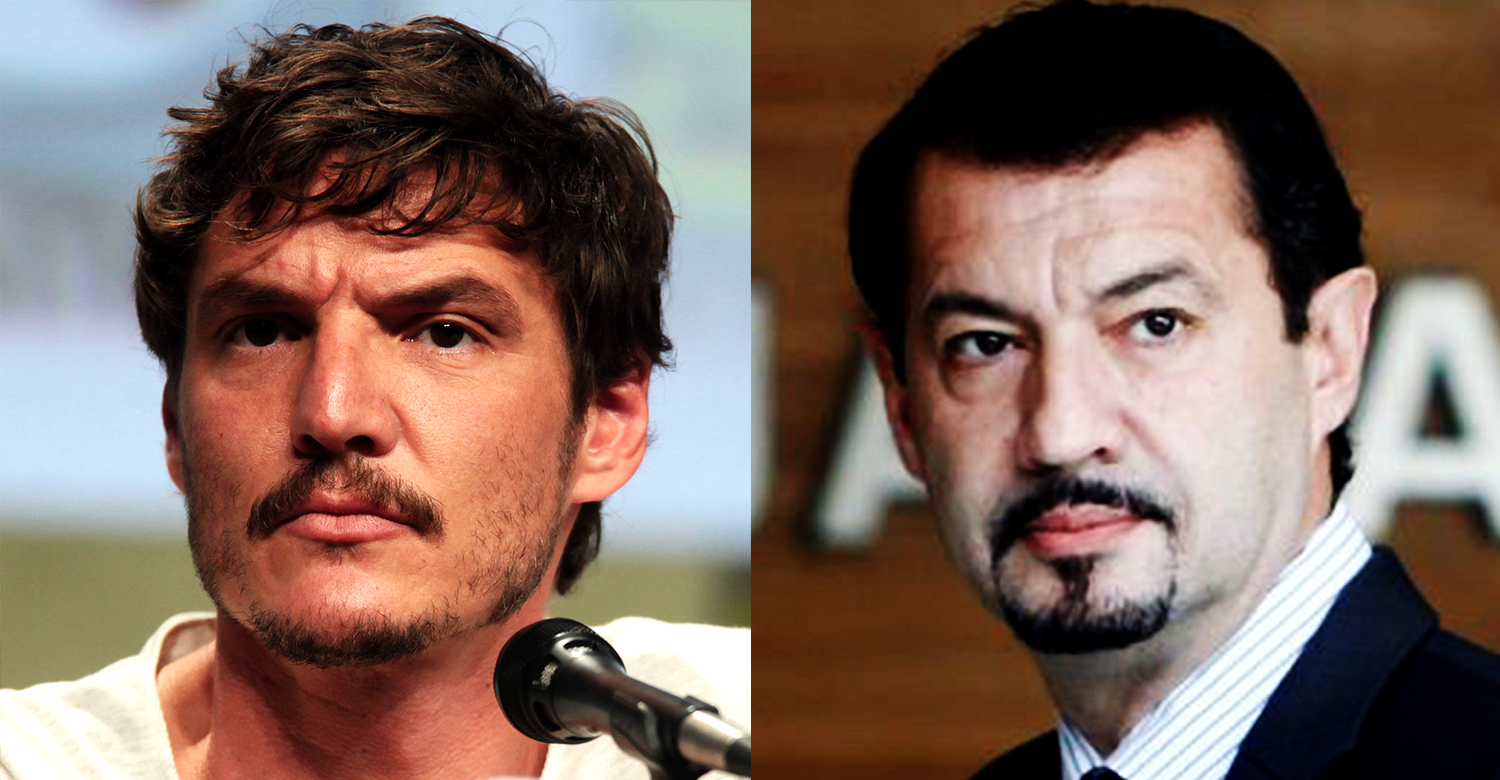 At a glance, Xavier Justo kind of looks like Hassanal Bolkiah, Sultan of Brunei, but we choose Pedro Pascal anyway. Xavier is the whistleblower who says he met Jho twice while working at PetroSaudi and his testimony played a significant role in uncovering the 1MDB transgressions. In an interview with The Star, Xavier said, “They warned my wife that my son would end up in a Thai orphanage. They have to pay for that.” Given Pedro’s penchant for revenge-thirsty characters like Oberyn Martell (Game of Thrones) and Agent Whiskey (Kingsman: The Golden Circle), we think he can work some righteous fury into Xavier’s character. Add in the furrowed brow, the forehead lines, and the intense eyes, and we’re sold. Who better to play Jamie Foxx than Jamie Foxx? Jamie seems like a fun guy, and we imagine he’d be up for it. It’s the least he can do. After all, he appeared on the Jonathan Ross show back in 2013 and shared his double New Year countdowns in Sydney and Las Vegas with the world, courtesy of Jho (and Malaysian taxpayers’ money). He should donate his fee to the Malaysian national debt fund and consider it a public service for the people of Malaysia. True story: Paris Hilton was the target of Jho’s affections because of her appearance in House of Wax. Jho was so obsessed that he reportedly spent hours in college rewatching the film. So when he made it big, he paid her US$100,000 each time she partied with him. Always remember – dreams come true, guys. Lots of people can play blonde-haired, blue-eyed, champagne-sipping heiresses, but we nominate comedian Kristen Wiig. Why? Because when you remember this movie is a true story, it will feel like a tragedy. Give us something to laugh about, Kristen! We’ll need it. 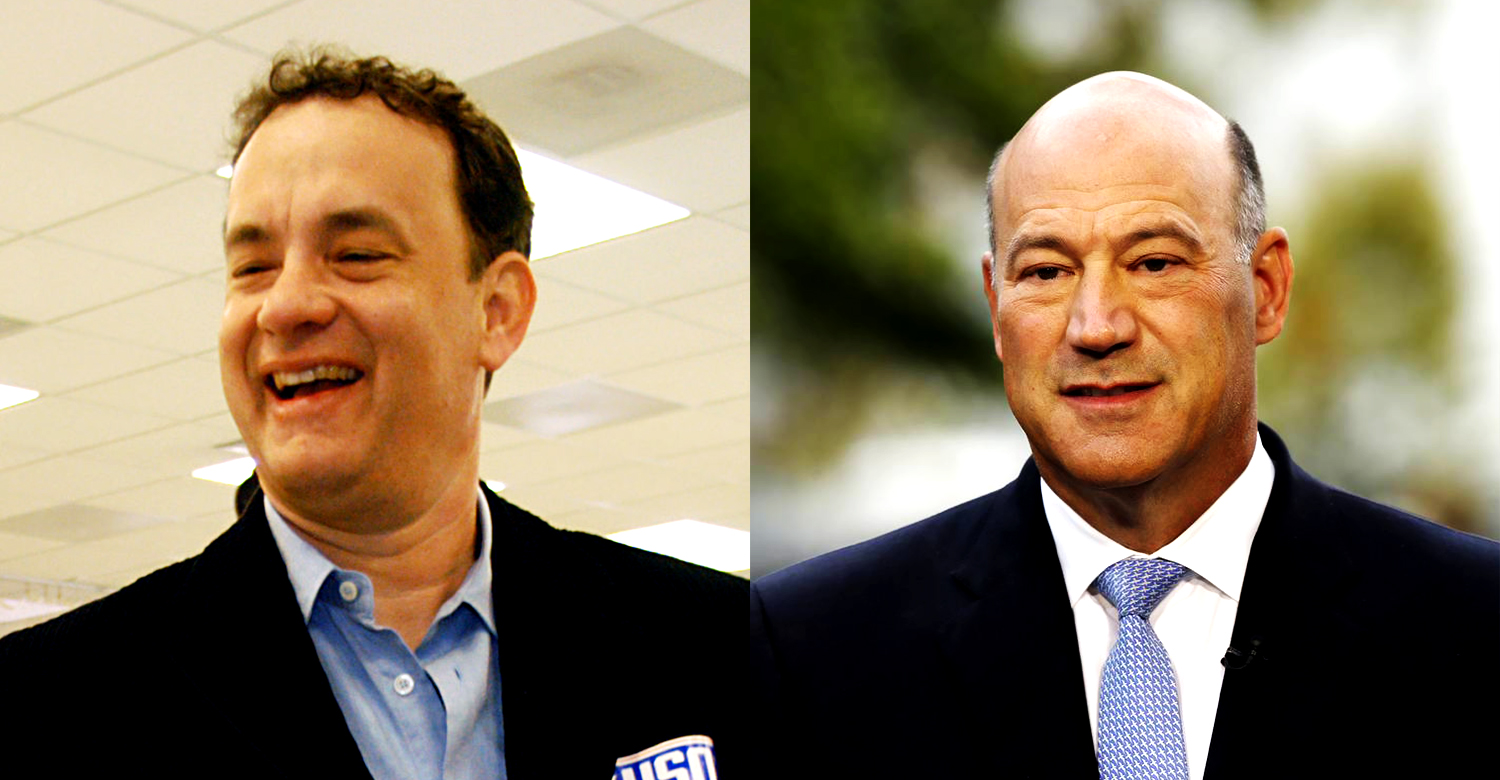 Former Goldman Sachs president Gary Cohn is no saint. According to the book, the “aggressive and blunt” Gary backed 1MDB and silenced anyone who opposed it. It’s not rocket science – what the boss wants, the boss gets. Not many actors can do arrogant, no-nonsense sergeant major-ish behaviour, and we can totally picture Tom Hanks playing Gary in the movie. Plus, they both have the same wrinkles around the eyes. Perfect.

Once you see... you can't unsee!
Now Playing

Have an inflated sense of boredom? Get carried away at this exhibition!