A re-review of Singapore's only Michelin-starred Indian restaurant 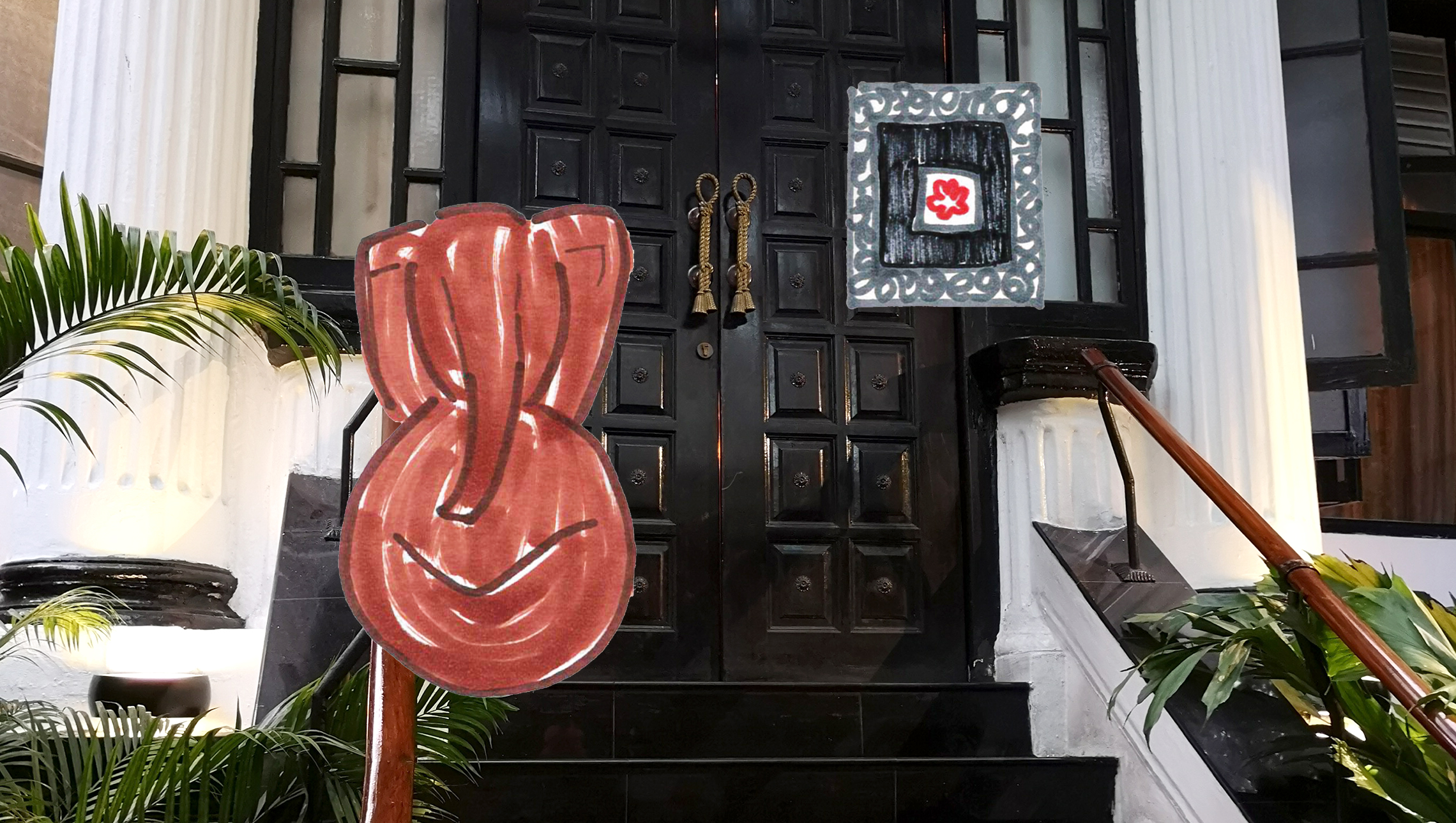 “Wins the award for ‘Most Baffling Michelin Star of All’. The cuisine here left us speechless, and worse, in peals of laughter.”

Making you feel like you are on a hidden-camera-style gag show.

The credibility of the Michelin Guide.

Upon being seated we were pointed to the “Journey Through India”, a five-course set meal that – we were assured – was the popular choice. Dinner opened with an amuse bouche that took the form of a cold, rubbery potato ball coated in breadcrumbs. It tasted of nothing and we were prepared to disregard it. Little did we know. 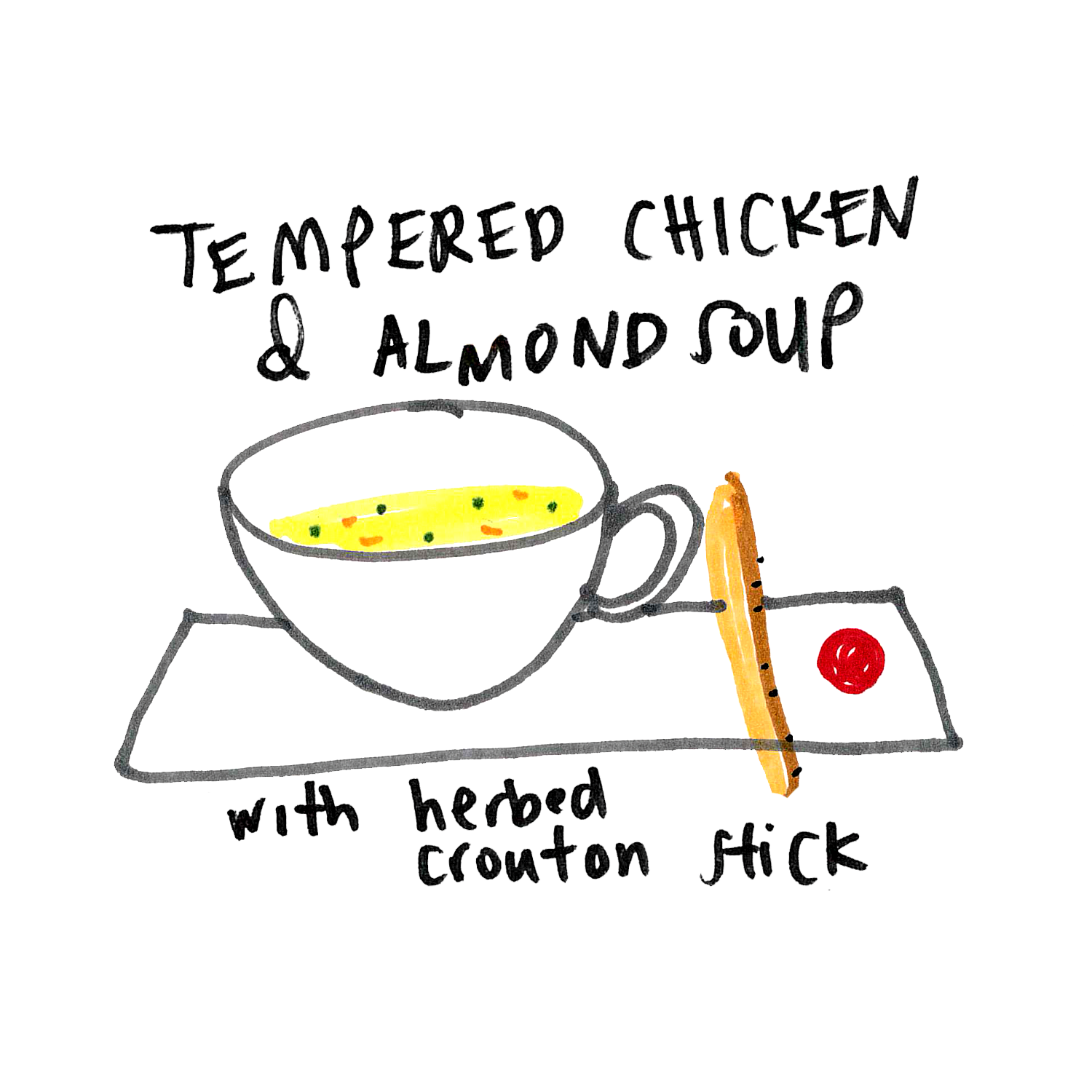 Next came a course of thin, unremarkable Tempered Chicken & Almond Soup, and after that, an appetizer of Mustard Enhanced Smoked Salmon and Tandoori Chicken. The Tandoori chicken was mildly seasoned and tender, but the fillet of salmon next to it was cooked to a dry, suede-like consistency that only an amateur cook can achieve. 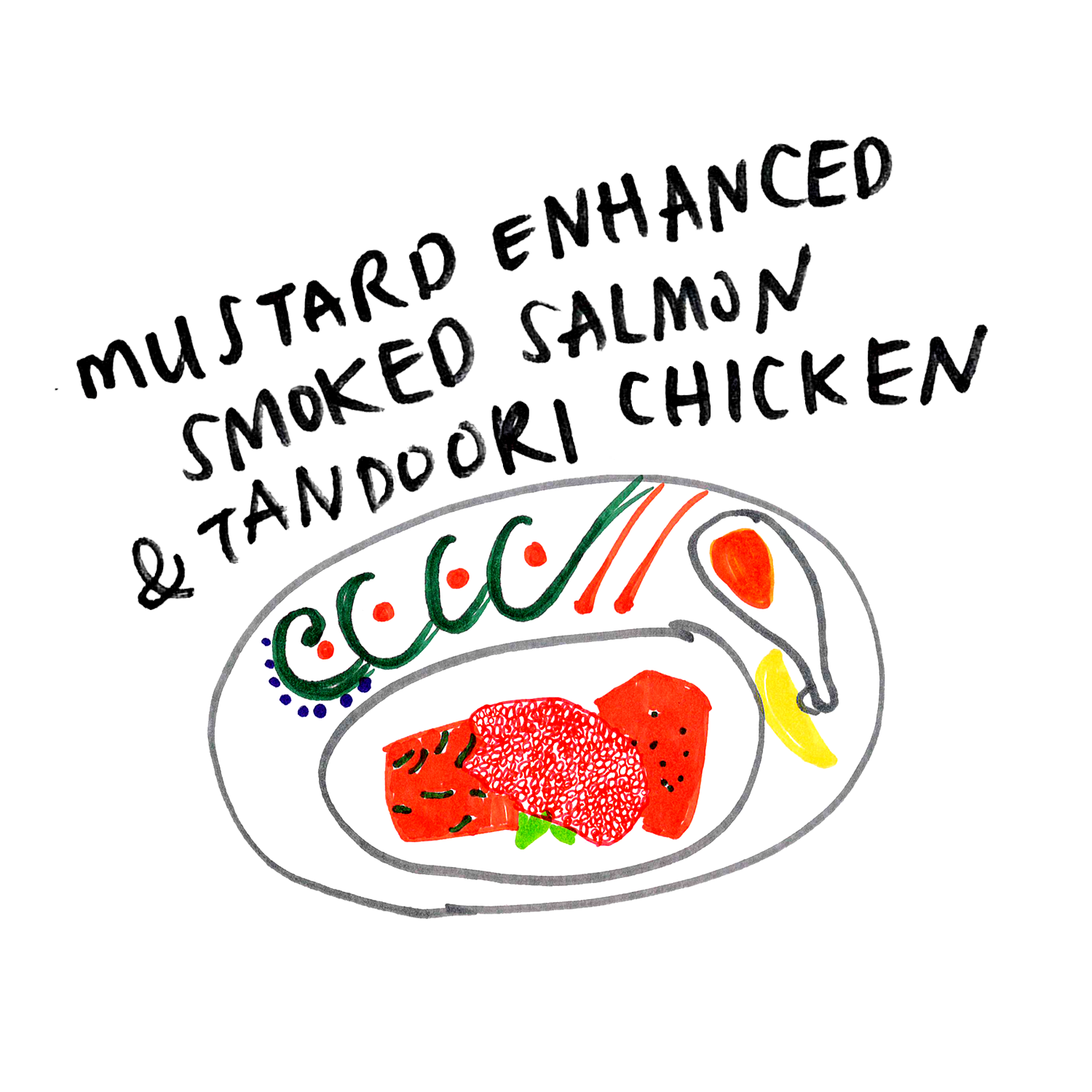 But that was not even the reason for our growing sense of alarm; the haphazard garnishing and meaningless plating started to get truly worrying. Sample some of these earnest statements from our poor, well-meaning waiter: “The purple, orange and green dressings on your plate are blueberry with mayonnaise, carrot with mayonnaise, and mint with mayonnaise.” Dressings is one thing, but mayonnaise?!?!? What does coloured mayonnaise have to do with the Indian cuisine? Is this what the sign outside that reads “Redefining Indian Cuisine” is alluding to?!? Good God, no.

Another one: “Don’t squeeze the lemon on your food, it is only for decoration”. Huh? After the mediocrity of the first two courses, the worst was yet to come – a “palate cleanser” of Lime Sorbet laced with Truffle Oil, and dusted with cumin powder. 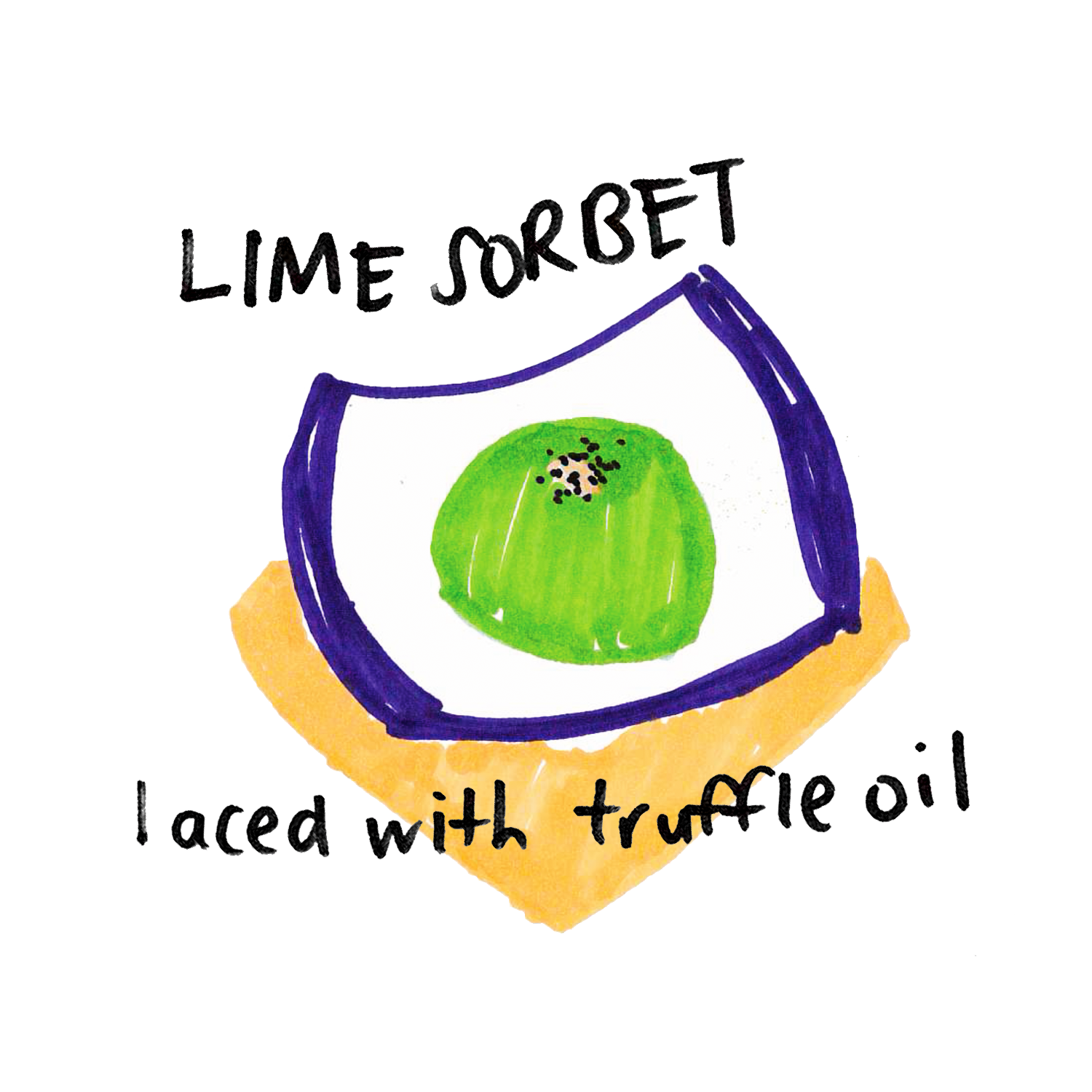 Firstly, we were stunned by size of the single massive scoop that that had all the quality of supermarket-bought sorbet. Had dessert come early? And then there were the drops of (synthetic) white truffle oil that had congealed on top, and the gratuitous cumin powder. With dread, we ate, and the first spoonful almost caused an altercation at the table as we hastily tried to identify and describe the rubbish in our mouths. Desperate? Misguided? Dunno. Baffling, for sure. 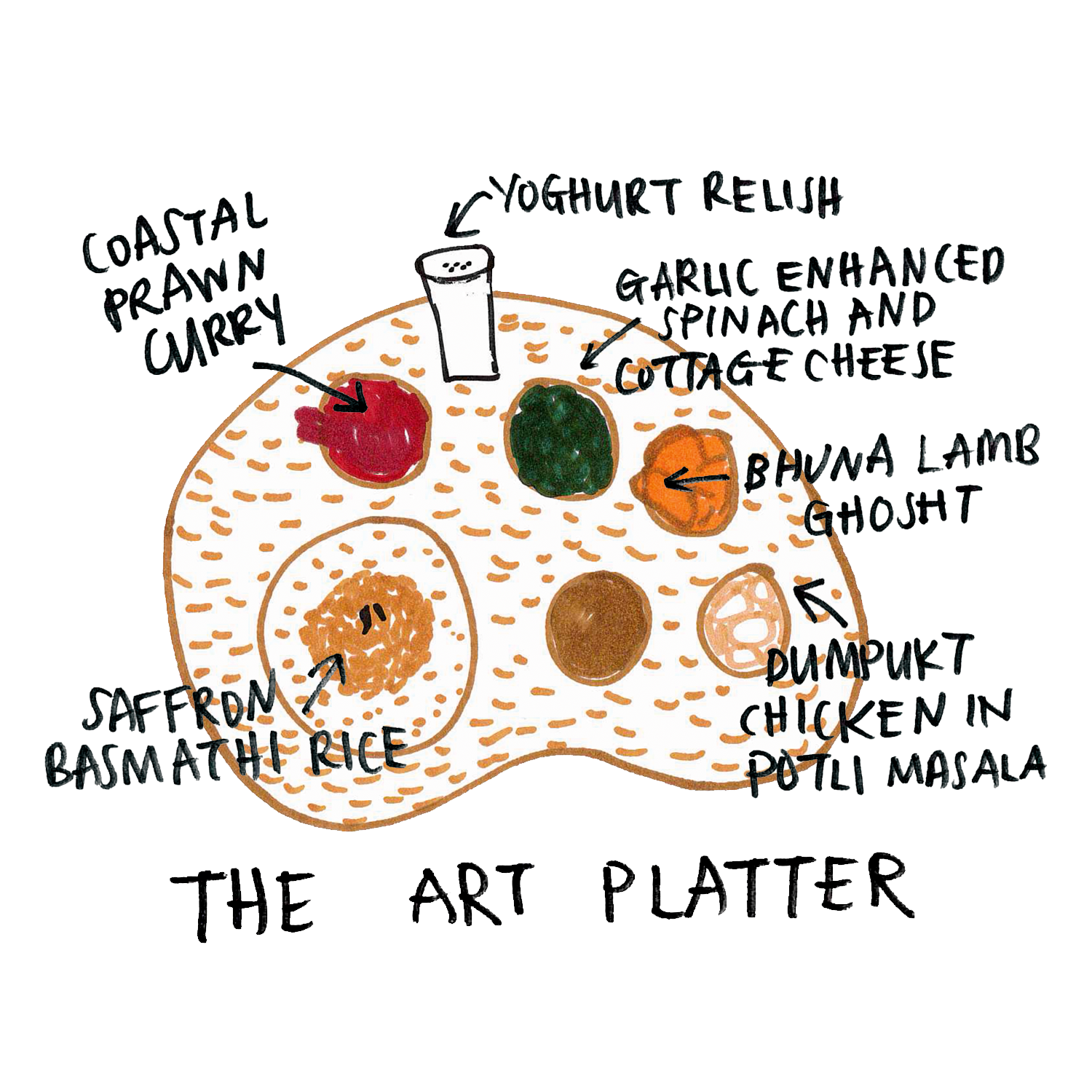 Leaving that unhappy surprise behind, we looked to the next dish, The Art Platter, to salvage what it could of the meal. The main event arrived on a very literal cast-glass ‘art’ platter that was shaped like a painter’s palette, with portions of rice and curry presented in little depressions on the palette’s surface. Ah, art. Food. Life.

In fairness, let’s admit we are maybe not positioned to be the best judges of how complex the spice mixes were. But we can at least evaluate the dishes based on the how well the meats were cooked. And from that perspective, this chef bombed completely. The lamb was dry and tough; the chicken had transformed into a type of mystery meat. It’s just lousy cooking for the price.

Given the compartmentalised presentation, the dubious seasoning of the curries, the questionable texture of nearly all the meats, at one point we looked up after teasing the food around endlessly and said: “This reminds me of the airline food on Jet Airways.” But on hindsight, at least airplane food has the decency to be hot. The food at The Song of India was consistently tepid, at best.

And that was that really. The end. 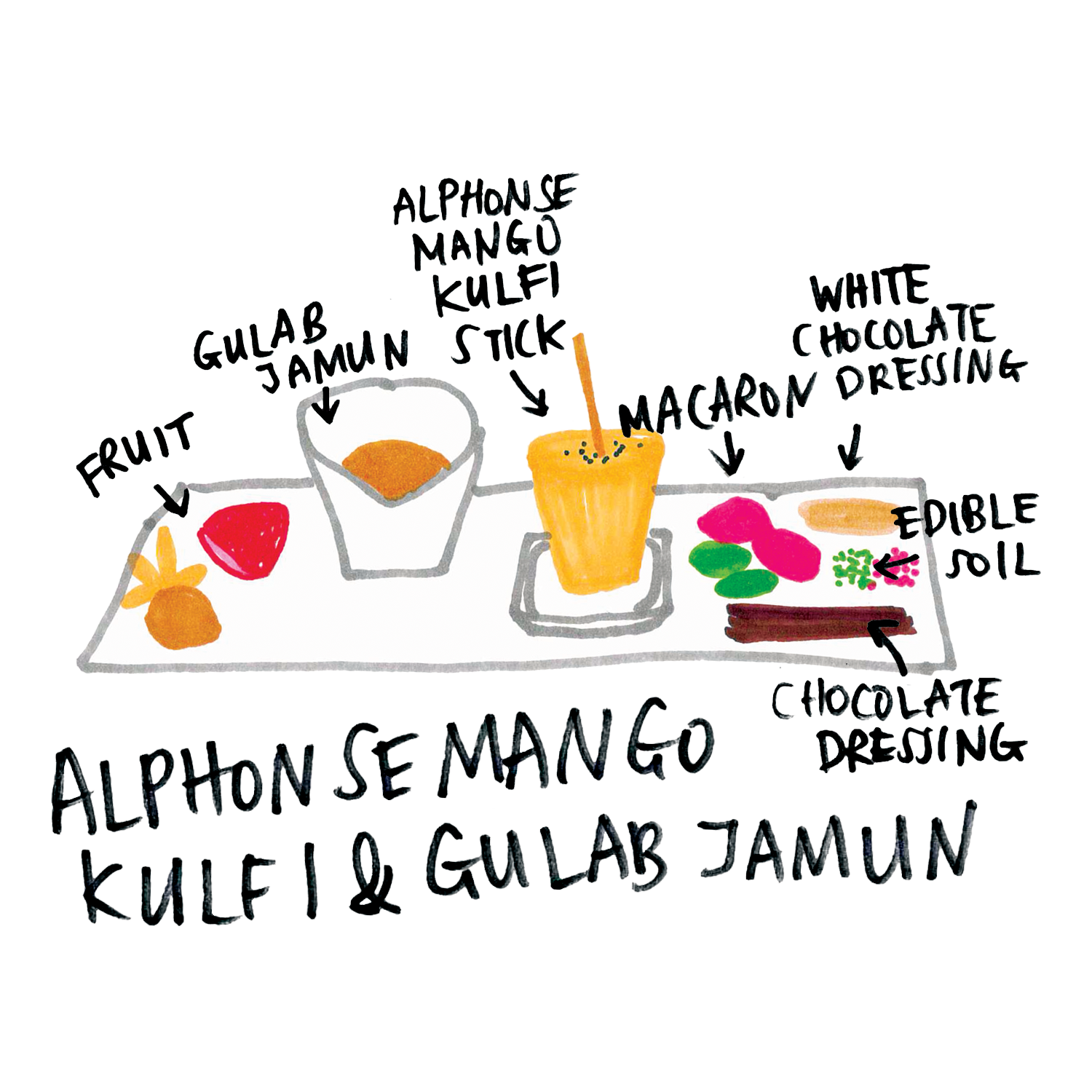 No wait, it wasn’t. We only wish it had been. Dessert arrived. It was a haphazard collection of items gathered onto another annoying rectangle plate-thing. It had complete items (mango kulfi and Gulab Jamun) and deconstructed items that, interestingly, did not reconstruct into anything recognisable. There were empty mini macarons, and white and dark chocolate “dressings” (dressings, again!) smeared into the dimpled surface of the plate. There were tiny heaps of bright red and green “edible soil” that looked and tasted like crumbled-up mini macaron.

The bits that didn’t look like random things thrown on for effect – the Alphonso mango kulfi stick, the Gulab Jamun – were admittedly satisfying, but it was all too little, too late. When someone at your table looks at the inexplicable white chocolate dressing and calls it “dessert semen”, that is truly, truly the end. We collapsed into about two minutes of convulsing laughter. It was either that, or get angry. Bad and baffling. And we’re close to $130 poorer per head.

At the end of our meal at Singapore’s only Michelin-starred Indian restaurant, the one question we kept asking ourselves was, “What decade are we in, again?” And when it came to the food, the answer was evidently the 2000s – the era of mediocre food and poor techniques masquerading as “fine dining”. The era of over-garnishing, elaborate crockery, and dubious plating. And, let’s not forget, the era of truffle oil.

How does any of this add up to the best Indian food that Singapore has to offer? There are certainly other Indian restaurants on the island serving more delicious, more respectful food than this. Maybe it’s the magic of the white tablecloths and colonial-era architecture that’s beguiled the Michelin inspectors into thinking this is “fine dining”, whatever that is. Tragic. What a waste of a star.

“What decade are we in, again?” Decor-wise, it feels more like the 80s. Expect all the cliches of “luxury”, but none of the finesse: think chandeliers, thick drapes, plastic orchids, wrought iron dividers and dated stone work. Everything is cast in a heavy yellow light that might have read as “romantic” in another era, but in 2018 feels claustrophobic.

“It has a nice spice! A nice kick!”– ang moh diner to the waiter
*Loud generic jazz music*

We were prepared to say something nice here until, towards the end of our meal, our waiter asked us to write a TripAdvisor review for the restaurant. And then continued, “TripAdvisor will send you an email to confirm that the review is from you and then only after you confirm, your review will be posted to TripAdvisor”. Any positive feelings we had went into a smoky tailspin at that point.

Silly prices are the only up-to-date feature of this restaurant. We paid a shocking $274 for 2, a Coke and a small bottle of fizzy water. When they said "art platter", it really was not a metaphor.

The best part of the meal.

Have any thoughts on Song of India or the Mitchell Lin Guide?
Talk to us at [email protected]