The President of China, apparently

Christopher Robin, Disney’s latest live-action Winnie the Pooh film, has recently been banned in China. The ban on the movie is just part of the nationwide ban on Winnie the Pooh. Why would China have beef with everyone’s favourite hunny-loving pantless bear, you ask? Is Pooh a secret deviant who poses a moral threat to China’s innocent children a la Peppa Pig?

The truth is much more personal than that. In recent years, memes comparing Xi Jinping to the tubby, red-shirted inhabitant of the Hundred-Acre Wood have been circulating on the Internet. See for yourself: 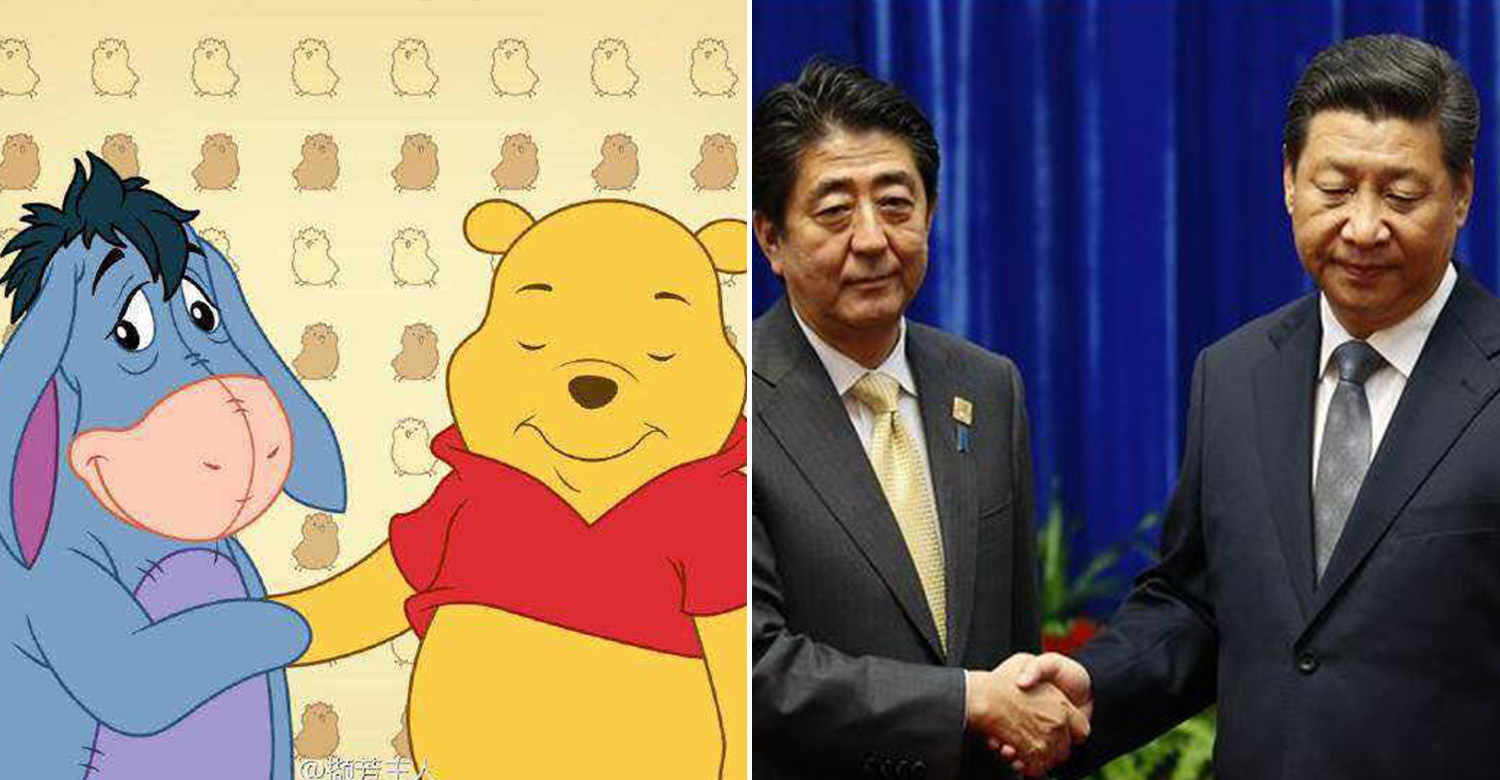 We’re not quite sure why Xi Jinping is so offended; Winnie the Pooh is actually quite adorable. After all, countries are clamouring to install Disneyland(s) to draw tourists, and here you have a larger-than-life leader who looks like he’s straight out of the Hundred-Acre Wood. In terms of soft power, it could actually boost China’s international appeal, and maybe even counter Xi’s burgeoning reputation as a strongman. And at the very least no one is calling Xi a moldy grape.

But it would seem that the Pooh parallels are far from a dream come true for the Chinese leader. According to the Hollywood Reporter, the Winnie the Pooh memes have become a symbol of passive-aggressive resistance against the Communist Party of China; in an environment where overt criticisms are not tolerated, the seemingly innocuous Winnie the Pooh is a subtly coded dig aimed at Xi and his regime. And if there’s anything we learned from the Hunger Games, it’s that symbols are very important. (Re: Mockingjay)

Hence, the clampdown on Christopher Robin, Disney’s latest cartoon-to-live-action adaptation. Like President Snow, Xi understands that being feared makes you powerful. Once the people start laughing at you, you’ve lost.

Or maybe, Xi just doesn’t like Pooh because he’s constantly being coddled by a white adolescent. After all, with the trade war going on with America, the last thing Xi wants to be is the plaything of a white man-child. The Hollywood Reporter also floats the possibility that Christopher Robin is just the latest film to be cut as part of the foreign film quota set by the Chinese authorities. Under the shared-revenue scheme, only 34 films are allowed to be distributed in China. Films not imported under this scheme are purchased for a flat rate, just as you would purchase a DVD off the shelf. Obviously, this isn’t good for studios with massive hits because they can’t share in the box-office profits.

"The fact he's annoyed about it means people will never stop bringing it up."

John Oliver got it right. Ever heard of the Streisand effect? Basically, Barbra Streisand tried to censor the image of her house on the Internet because she felt that there was a lack of privacy. It didn’t go down well, the actual attempt drew far more attention to her house than it did before. It backfired so gloriously that now she has an effect named after her.

Honestly, if Winnie the Pooh wasn’t banned, the memes would be fleeting – just like Tigger’s attention span. But now that Xi has subjected Pooh to the “Great Firewall of China”, he’s effectively cemented his spot in the Hundred-Acre Wood.

Well, we hope he enjoys his indefinite stay. It’s seems like a nice enough place… until the Heffalumps visit you in your dreams. 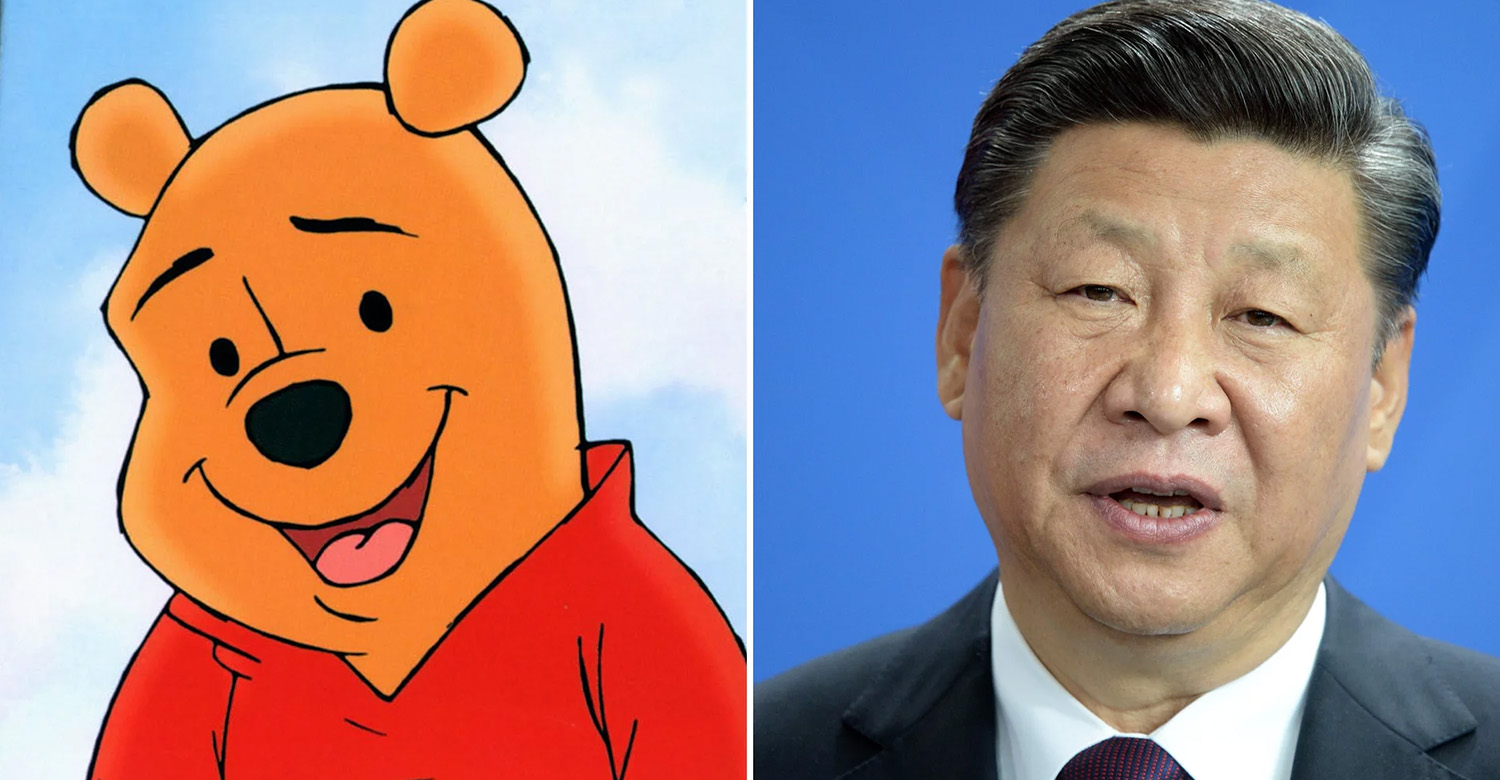