A re-review of the not-Peking-Duck Imperial Treasure 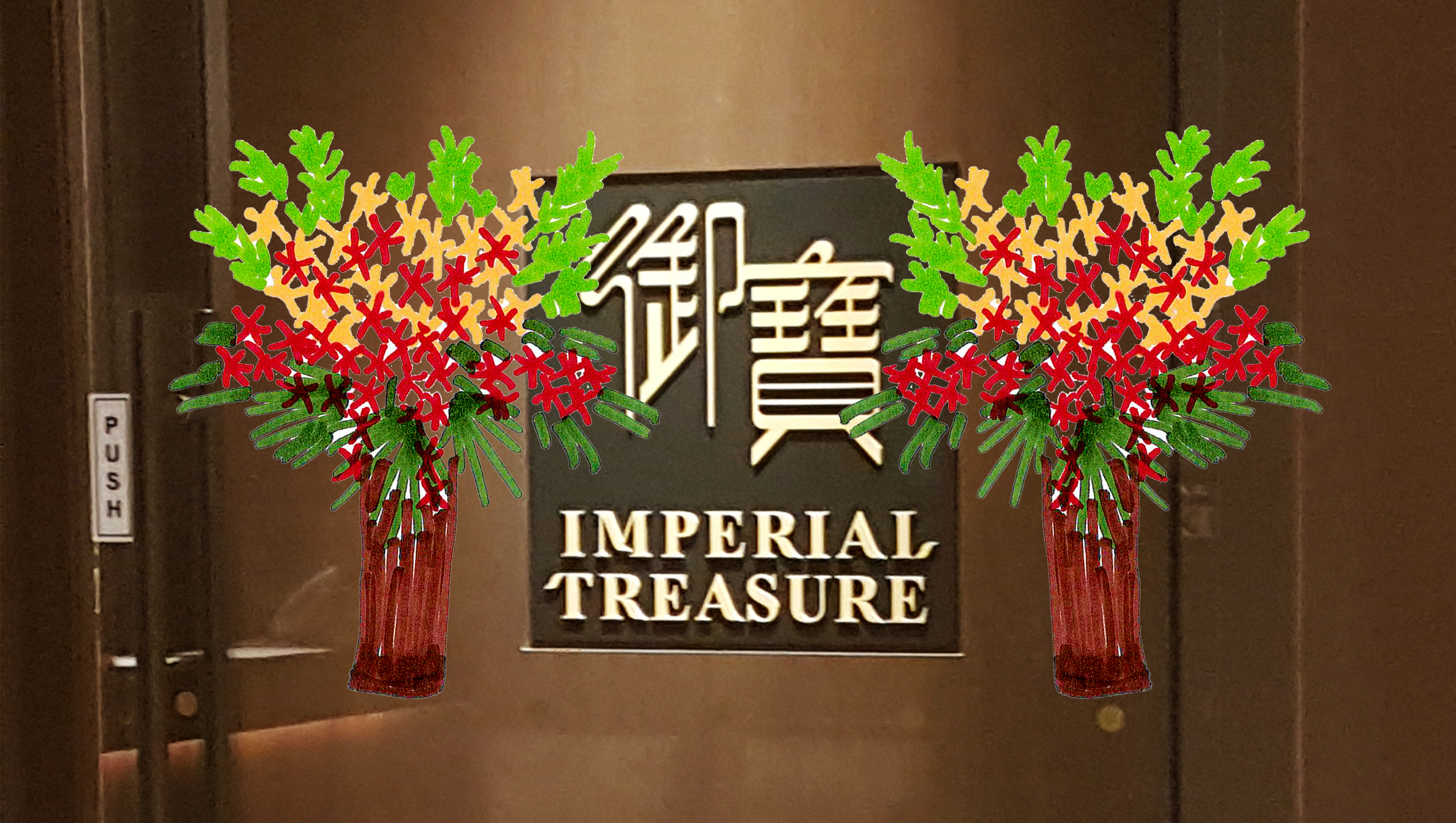 Nice-but-not-fussy lunches with the parents

Teochew cuisine is often overshadowed by the flashier flavours and presentations of its Cantonese and Shanghainese counterparts, which can make one wonder why, of all the ones they could pick from, Michelin’s inspectors chose to “star” this admittedly overlooked Imperial Treasure joint. Case-in-point: when we told other people that we were headed out to Imperial Treasure, the general reaction was pretty much, “Oooh, Peking Duck?” Not promising. 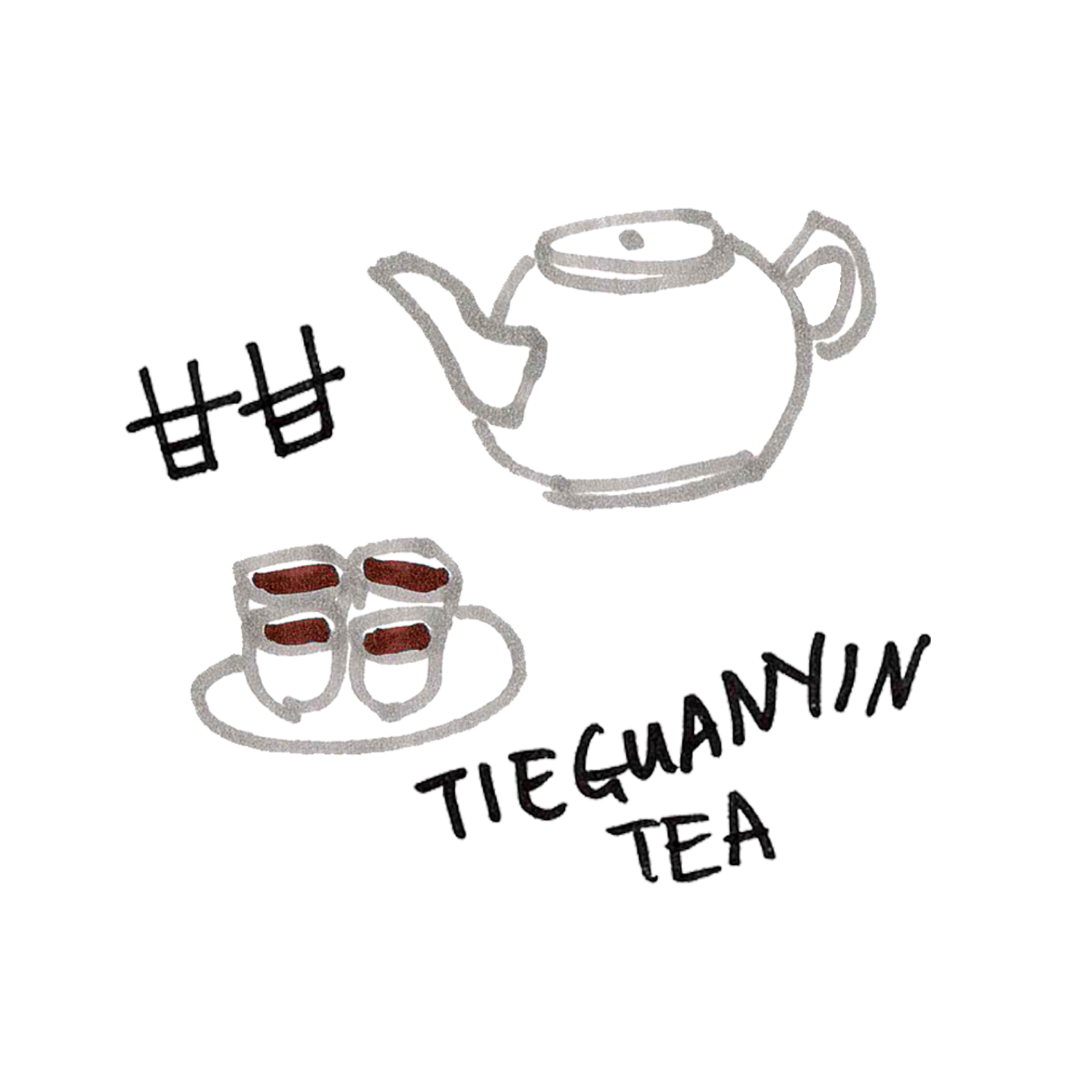 Still, we kept an open mind as we sipped on the complimentary cups of tieguanyin tea, a traditional drink made of bitter oolong tea. Or maybe it was the endorphins. As our server enthusiastically informed us, the tieguanyin tea doesn’t just serve as a palate-cleanser, it purportedly boosts your endorphins and puts you in a happy state for the meal ahead.

Happy state firmly in place, we ordered a bunch of Teochew dishes and a handful of dim sum, just because we were hungry. The dim sum was good, but also remember that dim sum is a standard feature of all Imperial Treasure restaurants. While it wasn’t bad, it just didn’t make this meal special. This is not what you’re here for. On to the main event. First, we were served Three Kinds of Marinated Combination in Teochew Style, one of the restaurant’s signature dishes. The “combination” refers to duck breast, pork belly, and duck tongue. As we were not too keen on tongue, our waitress helpfully offered roast duck wings (off-menu) instead, which we accepted. The slips of pork belly were tender and fatty, and the duck was light, not too gamey. The duck wings, however, were declared “quite special”. Altogether, good.

This was followed by a trio of Teochew standards in quick succession: Black Pepper Beef, Pomfret Stewed with Salted Vegetables and Tomato, and Vegetables (Nai Bai Cai) in Chicken Broth. 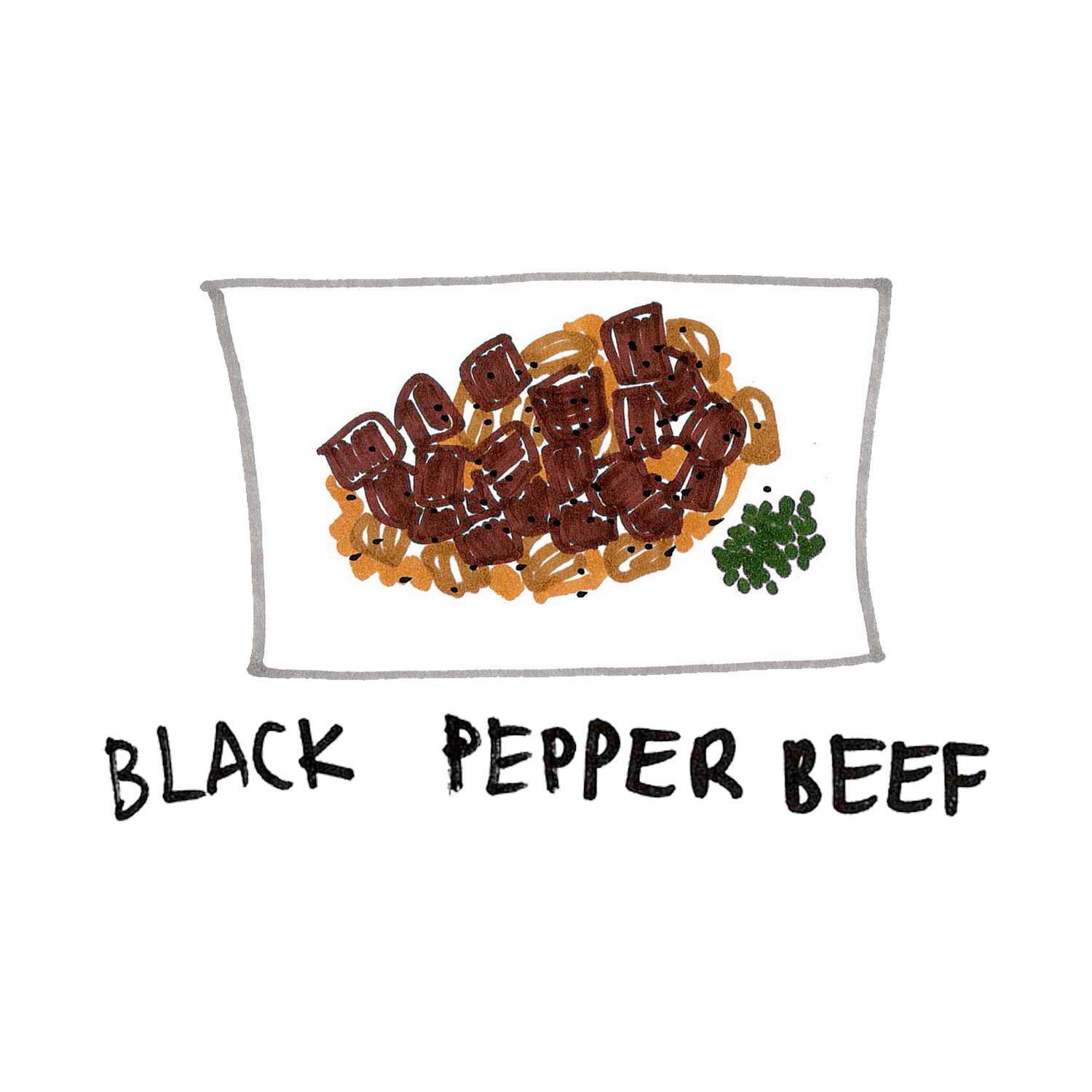 This is where our meal started to get a lot better. The beef cubes were juicy and so tender, such that even though the sauce was a fairly typical blend of soya sauce and black pepper, the dish still stood out.

The pomfret was pretty much just the way you would have it at a Chinese ah ma’s house, except the fish meat here is more delicate, the tomatoes brighter, tarter, juicier. As for the salted vegetable – as long as it’s not boiled to the point of disintegration, kiam cai is kiam cai. But it was a nice reminder of how Chinese comfort food can be delicate and even rather elegant. It wasn’t glamourised, or made into something fussy and pretentious. It was just classic. 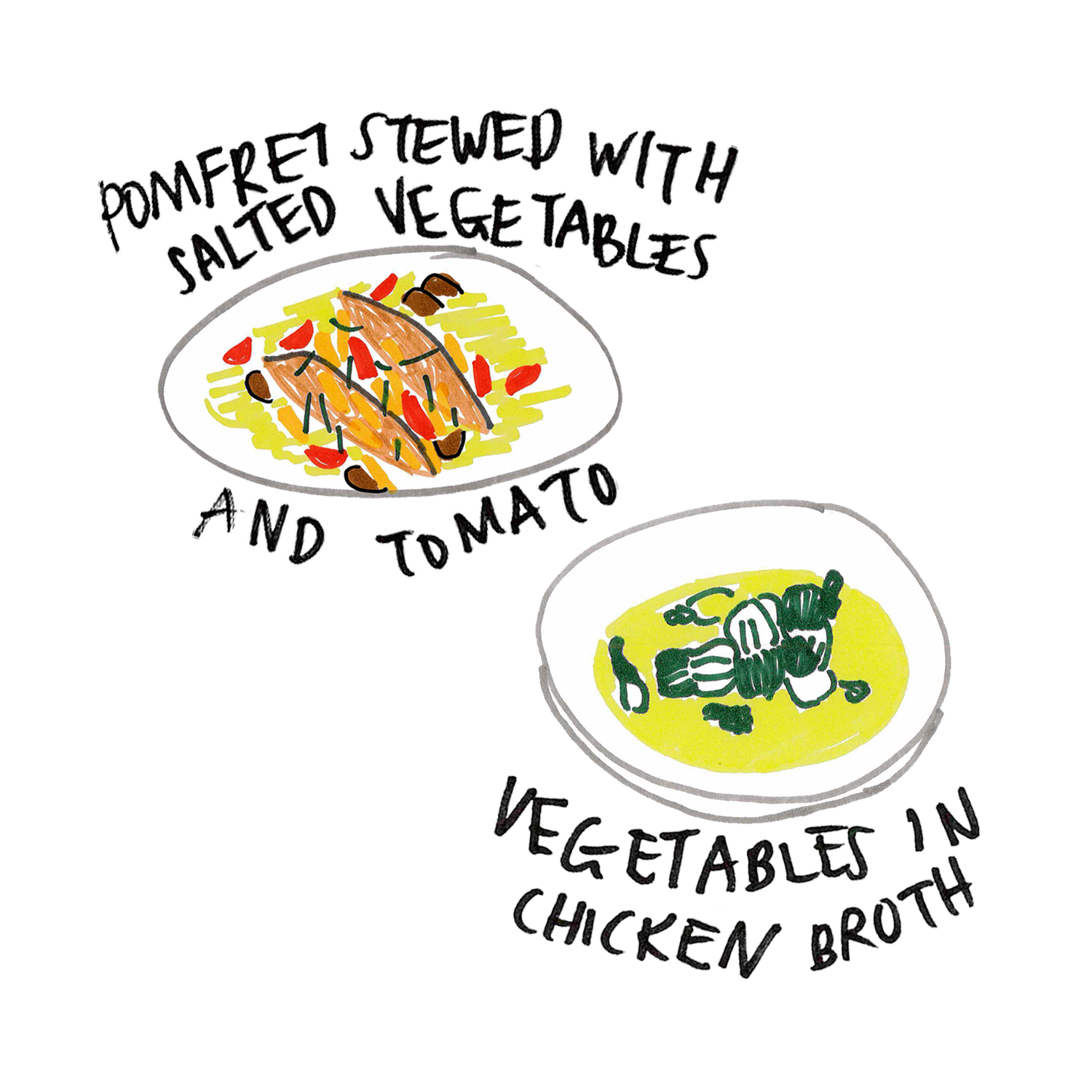 Vegetable dishes served at Chinese restaurants aren’t usually particularly remarkable, which is why they’re often accompanied by some randomly expensive mushroom, abalone or fish maw, but our nai bai cai came simply steeped in a pool of chicken broth. Well, “chicken broth” is a little bit of an understatement. A rich, pale yellow soup, it was deliciously slurpable, and felt like the kind of thing loving grannies would shove at their pregnant granddaughters – i.e. really tasty and really wholesome. Belly-warming goodness. 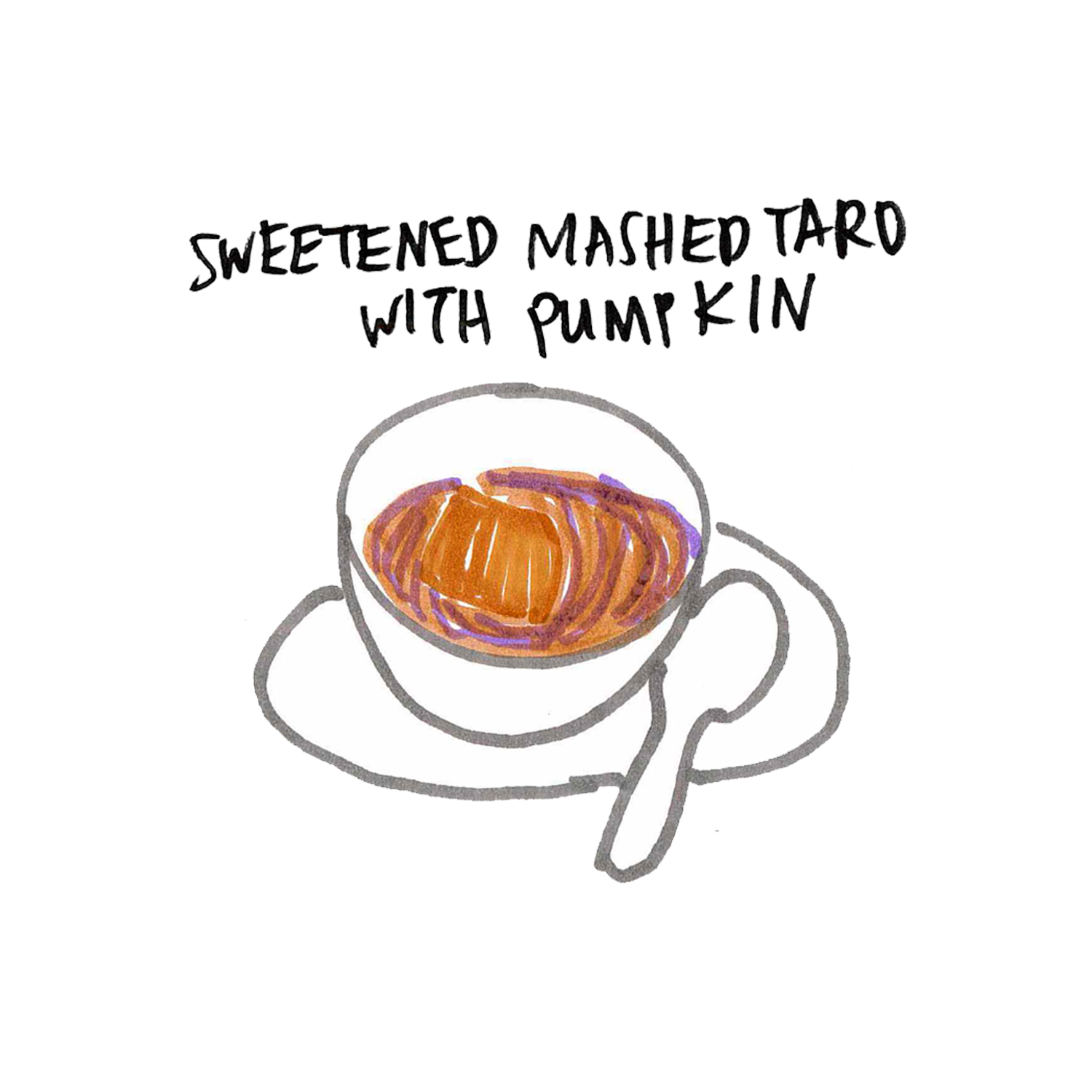 We were already in a bit of a daze at this point, but mustered up the energy to finish the meal with a serving of Ma Lai Gou (so soft and fluffy it was like eating a caramel-y cloud), and a bowl of Sweetened Mashed Taro with Pumpkin. Otherwise known as orh nee, the yam paste was soft and silky, with no extra lard or grease separating away from the paste (a common shortcoming of poorly executed orh nee). As our fussiest tablemate put it, “This is one dessert I eat already just want to smile.”

We ended our meal with a final sip of tieguanyin tea, and walked away feeling sated and happy. In the end, the best thing about our meal is that it got better as it went on, and everything felt pretty… wholesome. Even when it was covered in soya sauce. How enjoyable. Fine food can often feel like a game of culinary oneupmanship that no one ever wins, least of all our groaning stomachs. Thank heavens/Guanyin for food like this.

Nice. There are wine cellars, flower arrangements, fancy light fixtures and abstract art on the walls, so this is a Classy Joint. But the diners here aren’t dressed to the nines, so it’s more like the Bukit Timah gang on a casual day out. The overall atmosphere is genteel but not precious.

The generous size of the tables (to accommodate lots of dishes for sharing) means you can barely hear the people at your own table, much less anyone else’s. We heard a baby fussing and a grandma cooing, but that’s it.

Very good. Dishes were served promptly, we got helpful tips from our waitress, and every time we needed something, it was offered to us. Bowls for sharing? More tea? We didn’t even have to ask. They even cut our ma lai gou into pieces for us to share, that’s how attentive the service was.

We paid about $60 per head for an extremely filling lunch that had all the trappings of something fancy, so, not bad. 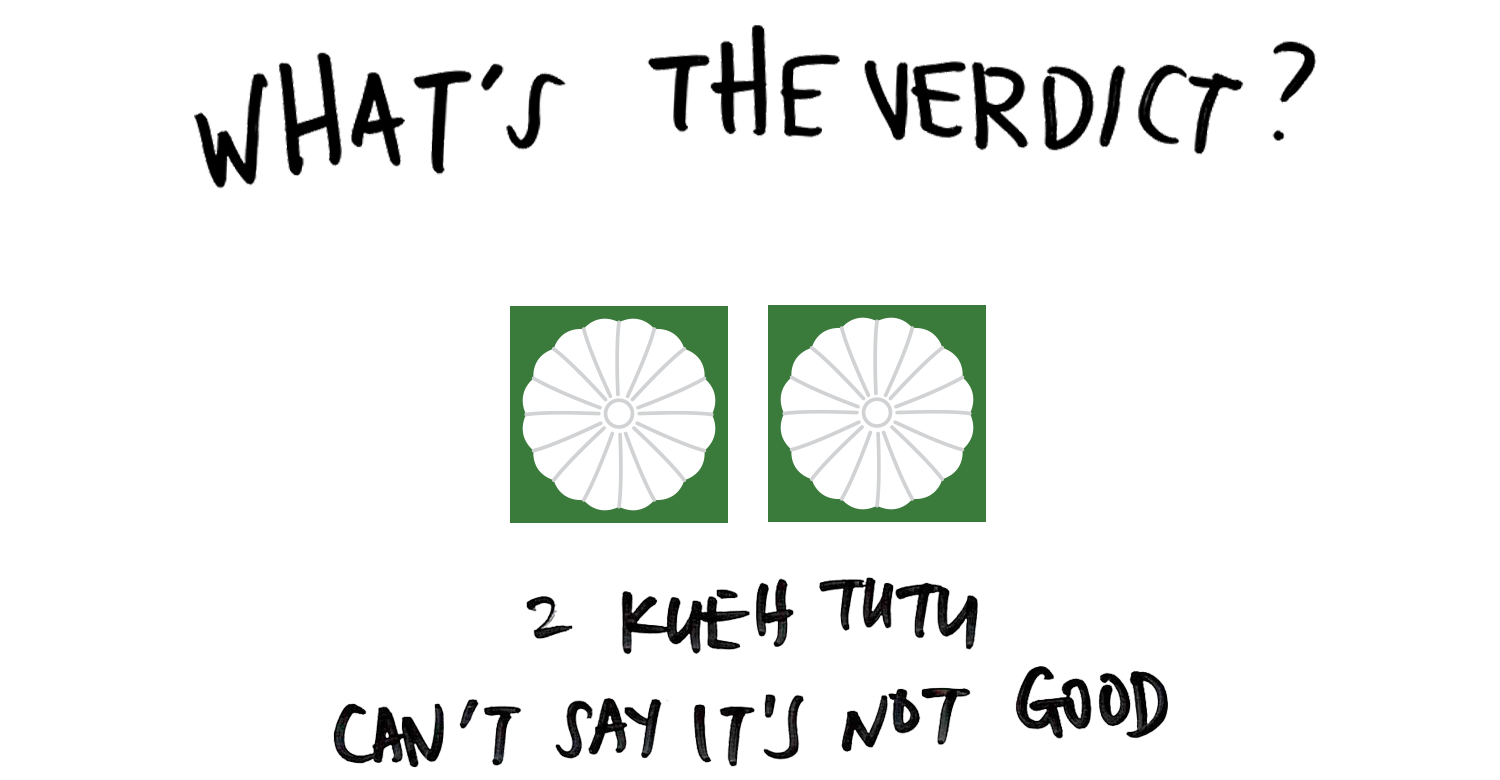 Have any thoughts on Imperial Treasure Fine Teochew Cuisine or the Mitchell Lin Guide? Talk to us at [email protected]