Because the original meaning of ‘feed’ proves too sane these days 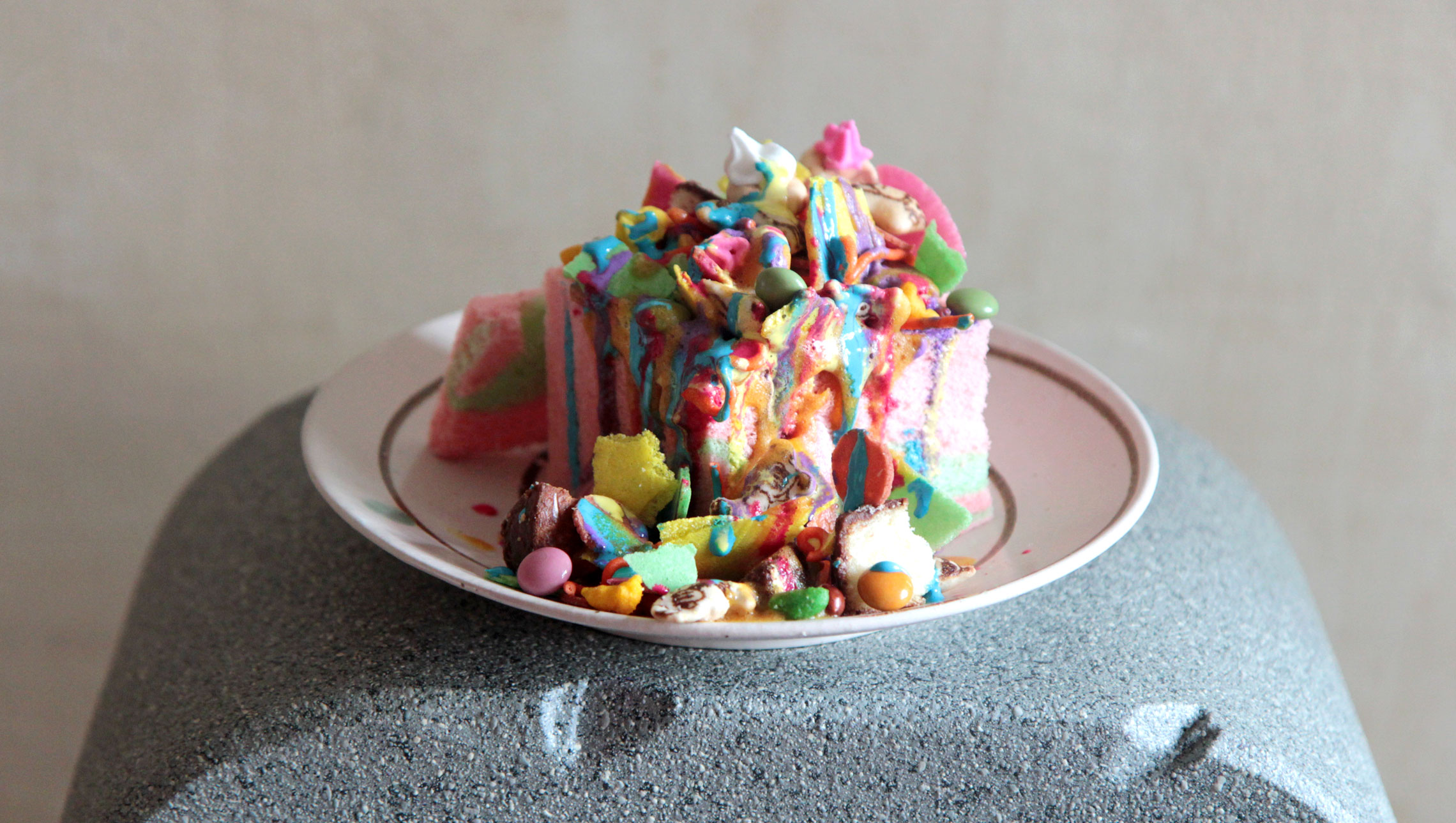 If unicorn-hunting be the search for god, then hunt we must. In the time of Ramadan Bazaars and ‘gram-inspired grub, let us fuel an endless scroll of hallucinogen-inspired wares draped in rainbow-coloured song, because the original meaning of ‘feed’ proves too sane these days.

From Bangkok to Seoul to Taipei, a singular night market air blooms ripe with the kind of comfort food that is deliberately, stubbornly unchanged for generations.

On Instagram, however, you can’t ply your trade for decades. Because Instagram is the kind of place where the beat drops. And never reaches the bottom. Because finding catharsis in the past is merely a myth, even though the past is a luxury that we can now all afford, the only thing we can afford.

So we must go another way. Call it cynical, call it cold, calculated or simply appropriative, but aesthetic disfiguration as transfiguration is our body and our blood. At least degenerate millennials know they cannot have back what slips away even as we throw our lenses around it. My image exists in defiance. Yours, on the other hand, never happened.

Finding catharsis in the past is merely a myth.

Consider this, then, a public apology for our undiscerning tongues, our 2nd generation taste buds that eat with the eyes. This is a last will and testament, a memory of a summer vacation in Taipei that never happened, girlish voices thick as syrup oozing from an open cut in a 卖萌自拍 [mài méng zì pāi; selfie hawking cuteness].

Dearly beloved, 棺材板 [guān cái bǎn; coffin toast] was a speciality from Tainan in the south. An archaeologist drew a parallel between this crisp, creamy chowder bowl and a coffin he was excavating. Deliciousness met death, and it was happily ever afterlife. Where trends die and yet others are reborn in black mirrors, you can live the fantasy as the fairest horsie a long time ago in an image-based galaxy far, far away, never mind your original postal code.

Here, unending wealth rains down in clicks that fatten the wallets of that species of Least Concern: the influencer, that Tinkerbell of spurious realities. BTW, the corn in unicorn totally makes it a vegetable. Or it makes me a vegetable. Whatever. OMG same.

You can live the fantasy as the fairest horsie a long time ago in an image-based galaxy far, far away.

Is this junk food? Or is this the only food free from junk – the junk of those who once civilised us, but now consume us, even against their will? Street food is a signifier of quintessential I-ness, a portrait of the (hu)man as an old-school, charmingly fuck-you humblebragger. It’s significant then, that fusion elements eat their way into the pasar malam, soi or matsuri. New stalls promise, if not innovation, then some lowballing smirk at tradition; sometimes more acceptable when those traditions are not our own.

And thus, we who have been set up for so much success can only fail at the invisible, inevitable test to qualify as cultural ambassadors. But at least we do so while #winning.

The words “unicorn”, “galaxy” and “rainbow” are incantations that conjure up otherworldliness. But their real purpose might be to remind us of the eternal emptiness of the human appetite. We know, really. But if we’re going to suffer for it, give us at least the soaring build-up, the light breaking into a thousand points, the throb of bass like a generous-until-ghosting lover. While it may never be enough to shake reality free, its staid colours ground into a bloody mess can provide a glimpse of the surface as depth. This is umami on glitter-grazed knees, the space-time continuum in a deep backbend against gradient sunsets. This is yesterday.

1. Break snacks into pieces. (This is my last resort.) Combine.

2. Divvy up marshmallow fluff into one bowl per food-safe colour. Starting with single drops, colour each bowl to your satisfaction. Mix new colours if you like.

4. Slice bread loaf into a neat slab. Hollow like your thoughts.

5. Fold half the snacks loosely into the salted egg yolk sauce to form a stew.

6. Pile into the hollowed-out coffin. Add more snack mix and drizzle marshmallow fluff over the proceedings.

7. Mourn loss of what you never had.

Does it deserve your HDL or DTF money?
JUNK Food

Is Desmond Des-tined to continue his father's legacy?