LEANING INTO THE DISCOMFORT

After two weeks of attending burlesque workshops under the tutelage of Madge of Honor, the members of Skin in SIN are all given a choice: we could choose to further develop our burlesque numbers and perform them in a three-day revue at the M1 Fringe Festival. As in, perform them LIVE, in front of a PAYING AUDIENCE, ONSTAGE at the ESPLANADE. Not just once, but THREE NIGHTS IN A ROW.

Or, for whatever reasons, we could choose not to. The decision is totally ours, and everyone is very gentle and clear about letting people make their own choices. 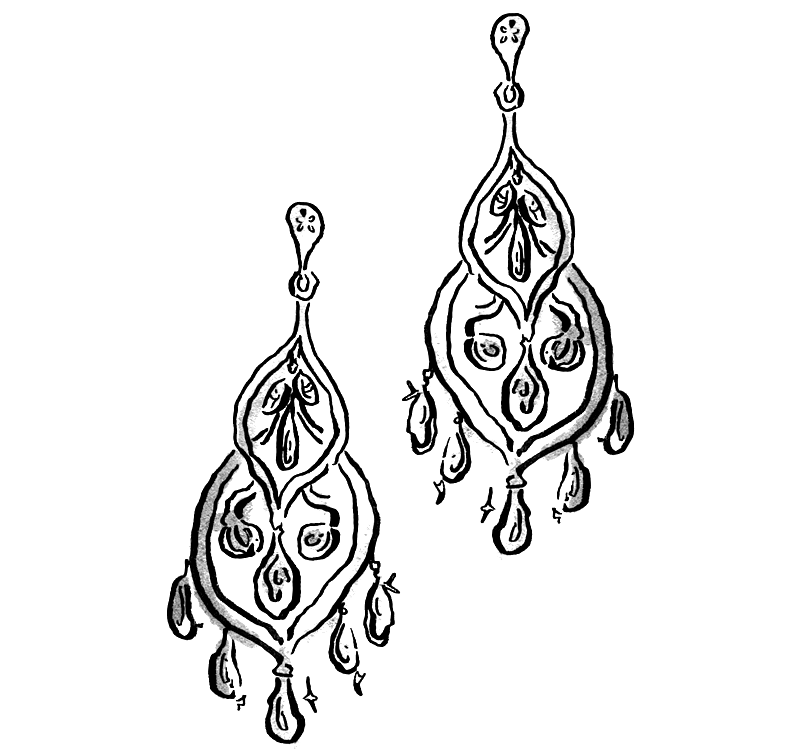 I end the workshops feeling 100% unsure about whether or not I should say yes, or no. I want to cop out, and say no, but I also feel incredibly connected to my fellow burlesque-rs. It feels to me like… we had all invested in this thing together, and so – because this is how my brain works, not because people were pressuring me – I feel like I kind of owe it to the little community we had collectively created to do it. To perform.

Maybe it’s the knowledge that, of those in the troupe who are committed to performing, every single one of them has their own doubts, misgivings and fears, just like me. Maybe it’s just a fear of letting people down. (A genuine thing with me.) Maybe it’s me aspiring to be a braver person than I am. And maybe I’m not brave, maybe I just don’t want to feel like a coward.

In the end, for whatever reason, I just can’t bring myself to say no. So when the deadline for committing to the festival rolls around, I say yes.

There are moments of genuine panic and I accidentally jab myself with a needle too many times. Also: the Academy Awards for Costumes need to be a lot, a lot bigger. Or more bedazzled. Or something. BECAUSE THOSE PEOPLE DESERVE RECOGNITION, DAMMIT!

A little more than one month before the M1 Fringe Festival opens, a blog post claiming to represent the views of a “majority” of Singaporeans appears online, labelling the festival and many of its scheduled performances (including Foreign Bodies) as “pornography disguised as art”.

In short order, Facebook posts by a group called “Singaporeans Defending Marriage and Family” become headline-making news. Then, letters calling for the ban of two shows in particular – Undressing Room by Ming Poon, and Naked Ladies by Thea Fitz-James – are written to newspapers, ministers, and to M1, the festival sponsor. 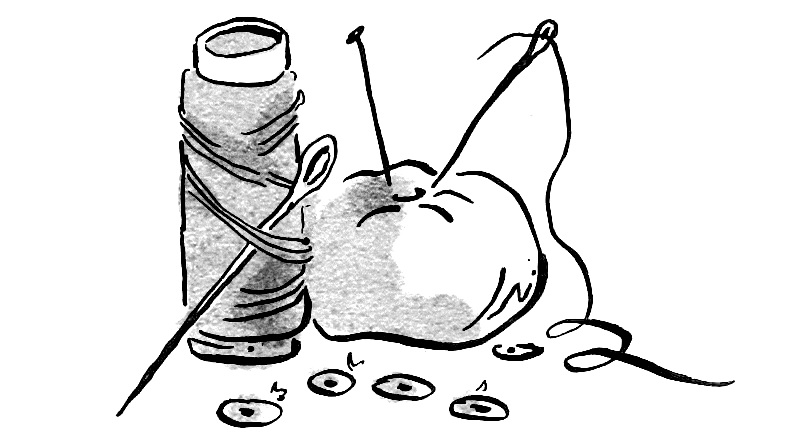 The biggest question on the troupe’s hive mind is whether or not we will be able to perform. And as we fret over whether we should proceed with our preparations for the show, our entire endeavour begins to take on a different kind of urgency.

Because it clearly isn’t ironic that, as we – a group foreigners and Singaporeans – put on a show starring and celebrating foreign bodies, anonymous keyboard warriors espousing a philosophy of “Singapore for Singaporeans” are taking special aim at the “foreign-ness” of Sean Tobin, the festival director, and concluding their pseudo-nationalistic online tirades with the question, “Why are we having people like him [i.e. foreigners] dictate our art scene?”

*In the case of Foreign Bodies, no performer ever actually appeared fully nude (hello pasties! hello underwear!) but such distinctions appear to be irrelevant to sensitive souls.

THE SHOW MUST… YOU KNOW

At its heart, burlesque is about one thing – the reveal. Some are joyous, some are angry, some are intellectual, some are indisputably sexy. But the most finely staged reveal of Foreign Bodies – and a hat-tip here goes to Eugene, and our brilliant burlesque guru Madge of Honour – is that, underneath the winter muff, gold spandex, classic tux, orchid lei, or showgirl sequins, every “foreign body” is… a body.

Every “foreign body” is… a body.

To a certain audience, that revelation is simply obscene. But to another audience, it can be delightfully profound. In our individual differences, we are dazzling. (Not to mention, we are literally covered in glitter.) But, there is also something wonderfully banal about our bodies. Big, small, Asian, Caucasian, boy, girl, or any combination thereof… it’s just a body.

Bodies can be a site of glory, or of shame; we put them on posters, or we hide them away. The magic of burlesque is in how it dances across the line between the two. And as it does, how a radical truth emerges – all bodies, no matter how foreign, are fundamentally the same. As two robot-impersonating DJs like to put it, human after all.

Foreign Bodies runs at the Esplanade for three nights, and for the first two days of it, I basically feel like I need to poop ALL THE TIME. (If that was too much information for you, you’ve been reading the wrong story, dude.) Stage fright, meet Stage IBS.

Then, on the last day, something magical happens. First, my routine actually starts to feel… routine. Yes! This only just before my last performance ever, but, I’ll still take it. Second, I finally begin to see the end of the tunnel. My burlesque journey, I realise, is coming to a close, and the finality of it gives me the feeling that I guess Mandy Moore had in A Walk To Remember, because now I’m all like, damn, I better LIVE and, you know, Savour Every Precious Moment While I Can.

It’s not so much an epiphany as it is a euphoric combination of disbelief (I’ve already done two nights!), adrenaline (the end is nigh!), and a sweet, sweet sense of relief (soon, I will be able to poop in peace!). After months of planning, weeks of dread, and days of snakes writing around in my gut, my Mission: Impossible is finally going to become Mission: Completed.

So all in all, I’m feeling pretty good. Two performances done and dusted, one to go. I’m backstage, waiting for my cue, and for the first time, the nervous butterflies in my tummy have excited friends too. I can handle this. It’s been smooth sailing so far, so I’m just going to enjoy it from here on out. I’m feeling happy and almost, a little bit, ever so slightly CONFIDENT.

Let this be a reminder to all, then, that pride DOES come before a fall. (Though not a literal one, in this case.) There are a few Very Bad Things that can happen when you’re in the midst of a burlesque routine. Natural disasters. Falling down. Fire of any kind. But in my limited experience, one of the most prevalent mishaps all burlesque-rs live in fear of is… not being able to take your damned costume off. 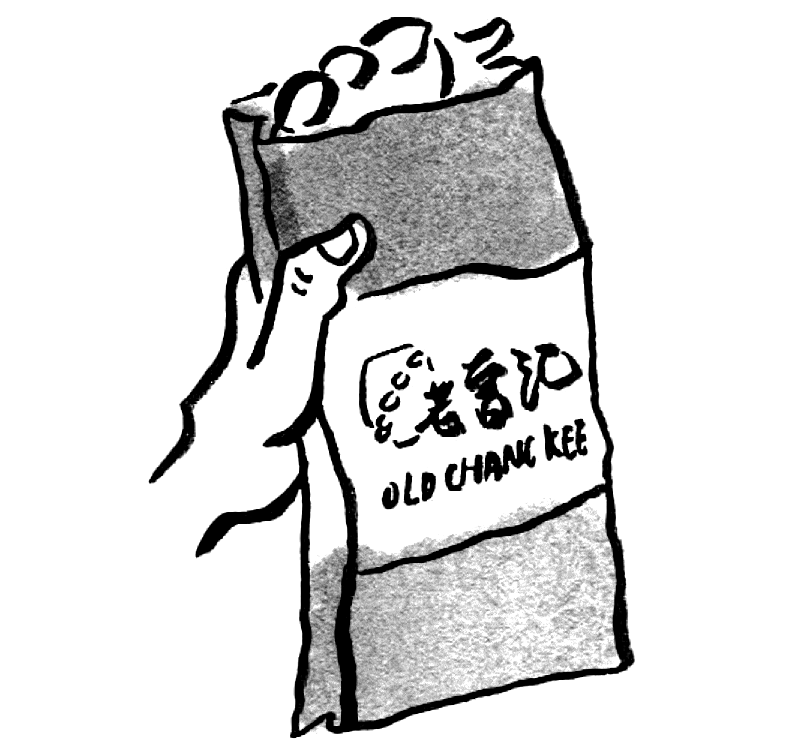 And with that, welcome to the very niche nightmare of NOT being able to take your clothes off in public. (Or in this case, large paper bags, which was the material I used to construct my costume. Parts of it were also made of Old Chang Kee takeaway bags, see left/above. You kind of had to be there to get it, and yes, it was just a tricky thing to get off.)

I try again, and again. Nothing and… nothing. I hope I keep smiling, but honestly can’t tell you for sure that I do. I also pray that all this tugging reads as “build-up”, but after the sixth or so try, even I know that I’m not fooling anyone. 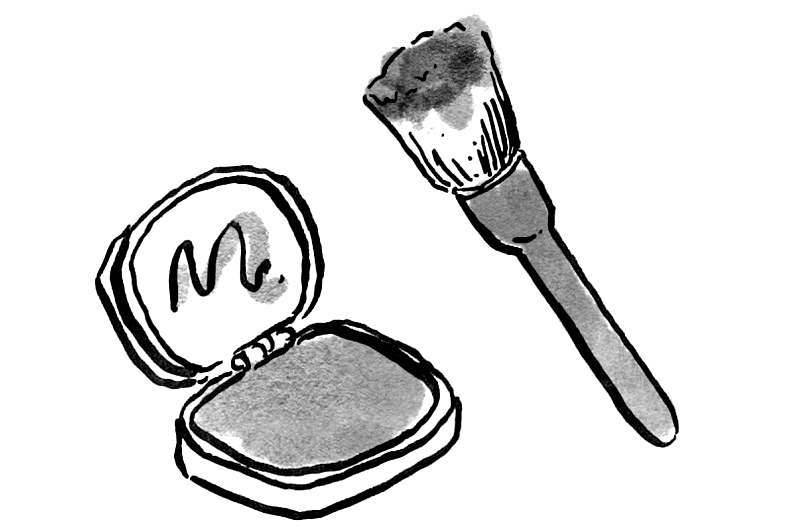 People actually cheer me on, which I will eternally be grateful for. It makes me laugh (well, smile/grimace) but at the same time I am DYING because I honestly do not know if I will ever manage to get this knot undone and am right now considering whether walking off the stage would be a semi-gracious way to exit or just plain rude.

A few hours after my debacle, I meet a very kind person who was in the audience. He tells me honestly, “I loved your performance” and I drop a very surprised and skeptical “Really?” because, uhm, were we in the same room? But as he reminds me, to make mistakes is human. And in situations like that, what else is there to do but go on?

... in situations like that, what else is there to do but go on?

Under the bright lights of the Esplanade studio, I do keep trying. I am close to giving up, but I keep trying. And I am happy to report that I do, after all, successfully remove my skirt in front of all those people. The knot gives way, and when it does, the relief felt by every person in that room is almost ridiculous. I hurry through the rest of my routine, dispense with every other article of clothing that was to be dispensed with, and make my final exit. Kitty Padi, out.

So that’s my story. It isn’t the ending I’d hoped for, and I definitely fucked up. But even though I didn’t manage do it all perfectly, I did it. And that unbelievable fact is enough.

Oh, so now you’re giving us some love?
Opinions