Oh, so now you’re giving us some love?

Welcome to The Materialist, a column that takes apart Asia’s love for the finer, fussier, and oftentimes foreign-er things in life. From designer brands to Instagram trends, The Materialist casts his eagle eye over all and declares it “vaaaaary good” or “够了啦!” (Translation: “Enough already!”)

What do the dragon, tiger, and peony have in common? Why yes, they are the stereotypical “Asian design tropes” that have been spotted in plenty of international designer collections for the past few years. And why do international designers pander towards Asian-spired design and shove this “Asian-ness” or down our oriental throats?

International designers are embarking on their own “One Belt, One Road” journey into Asia, and it ain’t an Hermes belt, girl. (Although I would love an Hermes belt, heyyyy~)

Asian consumers, especially the Chinese, are willing to spend bucket loads of cash on fashion, so no wonder all the international designers are embarking on this mad oriental gold rush like aunties at a Chinatown sale on a Sunday afternoon.

A decade ago, international designers were like “Asia who?” and now, Asian-spired designs seem to dominate every fashion show. If that wasn’t enough, Asian-themed parties have been thrown by Hollywood elites. Whilst I am flattered that designers finally recognise Asia, I am disgusted by the brazen misconception of what Asian design actually means. It is more than slapping some oriental flower or Chinese mythical creature on a dress or a tux and calling it Asian.

To those international designers, 够了啦! Enough! Cukup! Stop trying too-goddamn-hard to make your designs more “Asian”. We get that Asians are an amazing bunch of folk, who have cute quirks like getting red when we consume alcohol, or beating our kids with a rattan cane… but is it really necessary to appropriate Asian culture just to make money? Why not just put a sequinned rice bowl on a T-shirt since you’ve already gone so far? (Although… maybe I would buy the rice bowl T-shirt, cute what :P)

Let’s take a journey down memory lane and look at some Asian-spired design international designers have put out in recent history… vomit bags not included.

Tigers are synonymous with Asian culture. Think Amy Chua’s book Battle Hymn of the Tiger Mother, or the geopolitical “Four Asian Tigers”. So it’s hardly surprising that the tiger has pounced its way into major fashion labels and stores in their bid to cultivate a more Asia-friendly aesthetic. Gucci’s Pre-Fall 2017 collection featured fierce white tigers and black panthers, illustrated in an Oriental style that’s straight out of Kenzo, I mean, China. On the budget-friendly end of the scale, ASOS has also been capitalising on Kenzo’s Asian-spired archive, with floaty tiger dresses, cosy tiger knits, and this fugly plus-sized tiger dress. Like they really, really, reaaaally didn’t even try with the plus-sized design. Expected.

And then there’s the most mythical creature of all, the dragon! First, who could forget the golden dragon blazer by Balmain that the Biebes wore to the China-themed Met Ball (and then Kylie Jenner wore it, but whatever). I’m sure your inner sa-la-kau is like omg 我要, but please no. At the same event, another designer thought – why put a dragon on an outfit, when you can just make one out of the silhouette of a dragon? That is exactly what Versace did to this dress worn by Jennifer Lopez…. varyyyyy gooood! But the worst perpetrator of this draconian fashion crime is… ding ding ding! Gucci again! Their Pre-Fall 2017 collection is really a 2-for-1 deal; adorned with cosmic dragons, corporate dragons, lady dragons, and dragons that are still tripping from a visit to the surgeon’s office… there’s a dragon for every occasion! Like the Dragon, the Chinese Phoenix (凤凰) is a sacred mythological creature that resembles Moltres in Pokémon, and designers are catching ‘em all and sticking them on clothes and accessories. Like the Pokémon Go craze, this has gotta go.

In 2016, Victoria’s Secret faced backlash with the Chinese community over its Asian-spired design. I mean, look at what Kendall Jenner and Elsa Hosk are wearing! Victoria honey, those Asian-spired design should just remain, well… a secret. The phoenix has also been spotted on Zara designs, and even on Melania Trump. Because, what do you wear when you meet the Chinese President? A phoenix-and-peony-embroidered cheongsam, duh! And, of course, it’s Gucci. I know the mystical phoenix is all about rebirth and everlasting life, but this trend one that should remain in the ashes, honey.

Hello, designers! In case you’re interested, the Diane von Furstenberg Spring 2018 show was a masterclass in courting the Asian dollar. Because not only did she decide to deck her runway with oriental flowers… she also decided to put oriental flower dresses on them too! Asian models wore peony dresses and blossom dresses because… ??? Diane, honey, just stop. Your efforts at planting this seed just won’t work.

Gucci also comes in for the fourth time with their special collection, Gucci Tian. Sure, oriental flowers look nice on a cheongsam, but this collection is a case-in-point of a designer simply slapping anything Asian on bags and accessories and calling it fashion. Oh my tian, indeed.

But when it comes to super-obvious marketing efforts, the rose goes to Dolce & Gabbana, and their #DGlovesChina capsule collection. Seriously, could you be more explicit? Red fabrics, cherry blossom everything and, oh a dog, too. Yawn. I didn’t know you could spell lazy with just D and G. 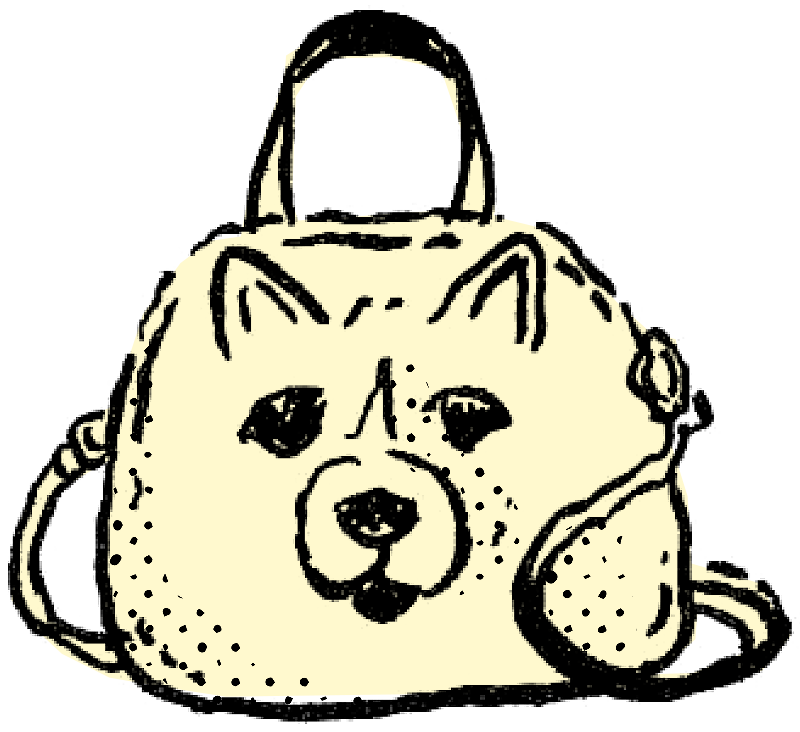 Speaking of the dog… designers LOVEEEEEEEE Chinese New Year. Just waltz along Orchard Road or any other Asian main street during Chinese New Year and feast your eyes on Zodiac creatures all over clothes, bags, and accessories. Gucci (zzz) did an ugly-cute version featuring creative director Alessandro Michele’s Boston Terriers.

Not to be outdone, Stefano Gabbana was also “inspired” by his pet Labrador (it even has its own Instagram @mimmothedog) to release the ‘Doggy’ Collection during this Chinese New Year period… Let’s just hope all these designers also happen to have pet pigs for next year, huh?

And then… instead of being a basic and putting dog prints on bags, Kate Spade just made a doggy bag. Like literally, a bag in the shape of a dog head. It’s cute, but in like a “I’ll buy it for my 4-year-old niece kind of way”. I kennut.

Buuuuut, that being said, I’ll come clean and admit I do own a couple of zodiac-print pieces. It makes visiting more bearable! Instead of relatives asking when I will get married, the conversation goes to “Where did you buy your clothes?” Genius, right? So, I confess, even though I kind of hate how obvious and commercial these tactics are, I’m still a kind of a sucker for Zodiac prints. I mean, like the cheese milk tea from LiHO, even though you think it’s disgusting, part of you still wants to join this disgusting train to vomit land right??

I get that the fashion industry is cut-throat. If you don’t make money, you’re out of the game. But please don’t anyhow taint Asian culture or generalize “Asian-ness” to mythical creatures and flowers. We’re more than that, ok?! A major no-no is how international designers also lump Asian-spired wholesale with Chinese culture, but what about the rest of Asia? India, Indonesia, Korea, etc.? Do they not exist as well? Indonesia’s sosialita also got a lot of money, you know?

I know that China has a huge market, and the fashion sales in China is expected to be worth US$200 billion (that’s a B, btw) in 2020. But instead of being drunk on China Wine, why not incorporate other Asian cultures as well? Whilst I am very flattered that Asia has caught the attention of the West, the West needs to respect Asian culture and its diversity instead of just milking us for our cash.

Ok, my dears! There you have it! Each time you see anything Asian-spired on clothes, or on any medium, please think of The Materialist <3